Moving On From Millennials: Why We Must Hear Generation Z 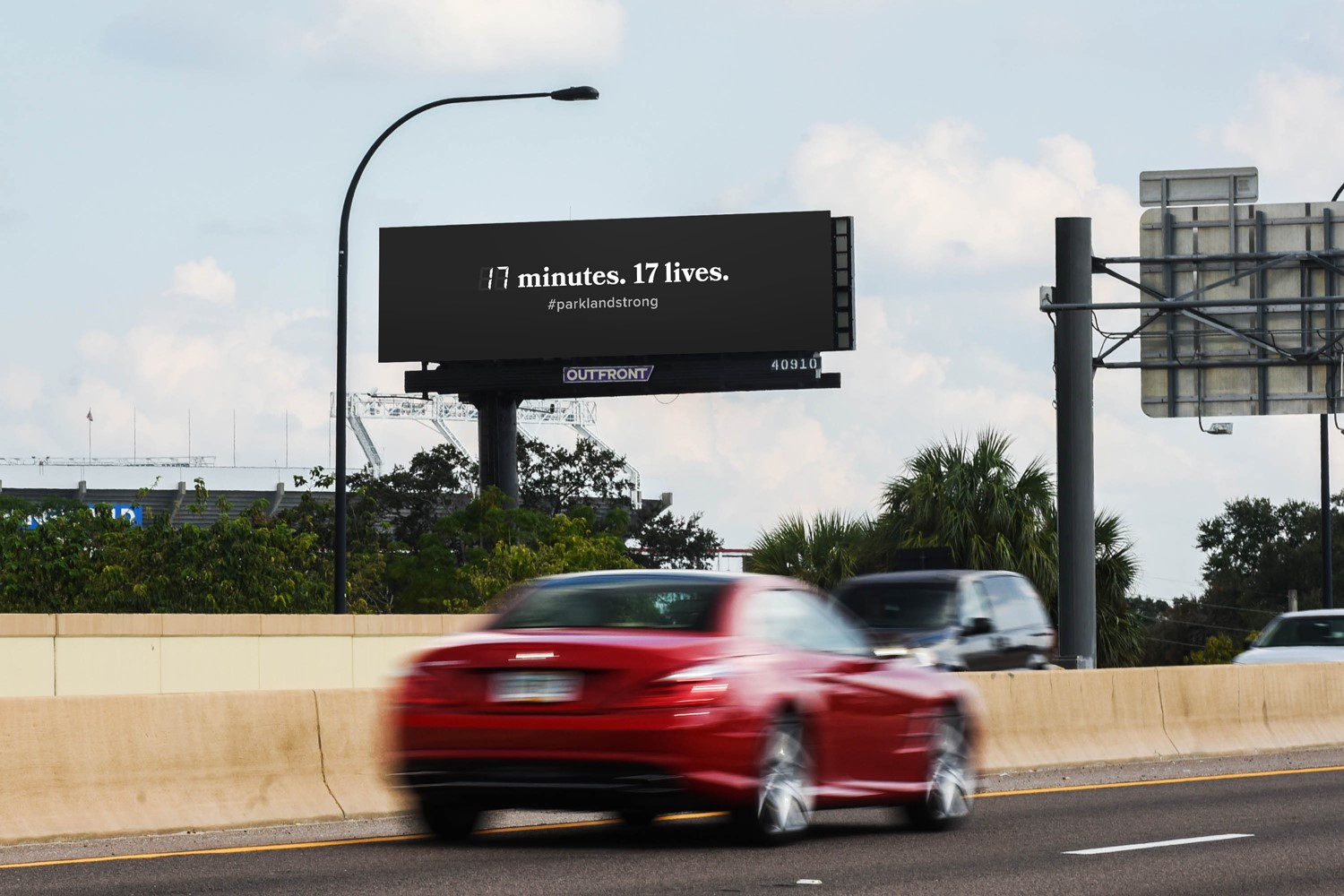 As a Millennial marketer, it's a weird feeling to listen to panels and read articles from current CMOs, CEOs and Marketing Directors explaining how to reach the "elusive Millennial."  Hello!  We are right here in the audience; just ask us.  Millennials, born between 1980 and 1995, have experienced the launch and rebranding of social media sites, search engines and online shopping sites.  We are aware that our data is being collected and now influencing advertising creative and what ads are personally delivered to us.  In my opinion, this very recognition and insight makes Millennials the very opposite of elusive.

Millennials are today's buying power, so why do we continue to question who they are and how to sell to them?  As an industry, we fail to recognize and prepare for the next generation in the marketplace.  As more Millennials take on senior roles, it's time to divert attention away from them and towards understanding the power of Generation Z.

Gen Z is set to enter the workforce in May 2018 and is already making big news.  Barkley & FutureCast report that Generation Z, people born from 1996 to the present (and counting), influences $44 billion of discretionary spending annually.[1] It's time to start taking this economically influential group seriously and understand how to market to them.

Our goal as marketers is to position our product as a necessity for consumers.  Regardless of your industry, the first step is always the same: understand the story of our consumers.  Gen Z's story is, understandably, different than ours.  This generation does not experience the traditional "coming of age" story that Millennials and generations before us did.

Gen Zers grow up with instant gratification, such as Amazon Prime's near next day delivery, and in the sharing economy, using their parents' Netflix account and taking Ubers instead of owning cars.  Instead, of the classic coming of age story we knew, members of this latest generation, with the instantaneous and sharing nature of social media, are constantly curating their identities on the go, sharing a carefully constructed self to the world.  It is by this construction of identity that we can and must begin to understand who Gen Z is.

In the wake of tragedies like the Parkland school shooting we see how poignantly Gen Zers build their identities and values.  Students took to social platforms to share their stories, opinions and suggested points of action in the wake of the murder of so many of their peers.  The consistent dialogue of this generation keeps the discourse on gun control active, reinvigorating declining press converge of school shootings, as noted by New York Timesjournalist Jonah Engel Bromwich.[2] It seems clear that Gen Z values conversations and actions that can lead to change.  These conversations might start online, but they manifest in real life interactions with political figures, journalists and, most importantly, with each other.

Gen Zers expect change now.  They are the public voices and faces -- tweeting, speaking out and calling for this change.  When it comes to expressing opinions these are no longer the days of online anonymity.  We've seen these conversations build throughout social media and expand to large out of home canvases. 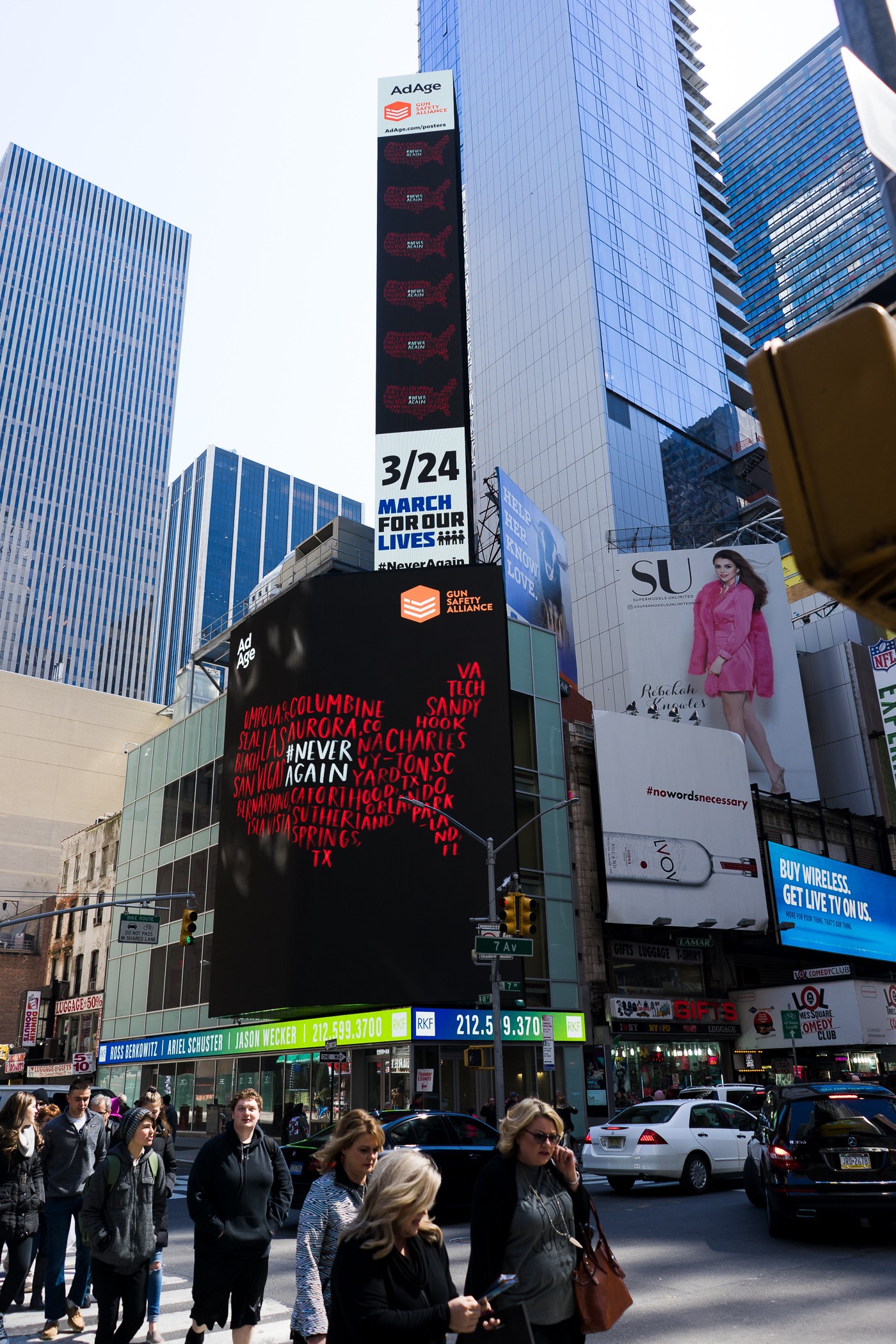 Gen Zers are pointed in their public commentary, which defines them as it drives their sense of self shaping.  Brands seeking to impact this generation must understand the right way to join the conversation and stories Gen Zers are telling.  Gen Zers are hyper-reactive to non-genuine attempts at contextually relevant storytelling.  Take Pepsi's infamous 2017 TV spot, featuring top supermodel and influencer Kendall Jenner.  The brand attempted to align with protestors and unite them with law enforcement by simply handing a police officer a can of soda.  The ad, coming off as all you need is Pepsi, was a flop.  It reached 1.6 million views in 48 hours, but with five-times the number of down votes than the positive up votes on YouTube, and it sparked several sarcastic memes including one from Bernice King, Martin Luther King Jr.'s youngest daughter.  The campaign lasted a mere 24 hours before Pepsi pulled the ad and delivered an apology.  It was the public outcry and the rallying together on social media that brought this ad to an end.

While Gen Z, much like their senior Millennials, is looking for snackable, to-the point content, usually seen as social media posts, it's the responsibility of brands to now position their messaging between the context of the social, political and generational environments while staying authentic to their own brand values.

Companies have begun to take action, aligning campaigns to both their consumer and corporate values.  P&G featured an ad titled #WeSeeEqual showing families taking on non-traditional gender roles for International Women's Day 2017.  P&G's initiative was to purge stereotypes of women from ads, not only on this single day of celebration but throughout all their corporate marketing initiatives.[3] GE on the same day made a pledge to attain 20,000 women in technical/engineering roles by 2020.[4]

When asked in a Rolling Stone article about his thoughts on his predominately Gen Z audience, singer Harry Styles commented, "How can you say young girls don't get it?  They're our future.  Our future doctors, lawyers, mothers, presidents -- they kind of keep the world going."

Gen Zers have already defined themselves through their voices online, the actions they've taken and the changes they have demanded.  Let's reflect upon Styles' words and not only welcome the newest generation into the workforce, but also value the power that they hold and the conversations they want to have.  Now is the time to understand how to genuinely market our brand stories to Gen Z.

[2] Jonah Engel Bromwhich, How The Parkland Students Got So Good At Social Media, 2018.

Kiera Wood is a Millennial and a Senior Marketing Specialist at OUTFRONT Media. A content lover, Kiera works in developing content across OUTFRONT's digital and social platforms. Kiera has a passion for visual storytelling and is excited to see what the …