"Moving to a Finite Earth Economy": What Climate Change Demands and Why 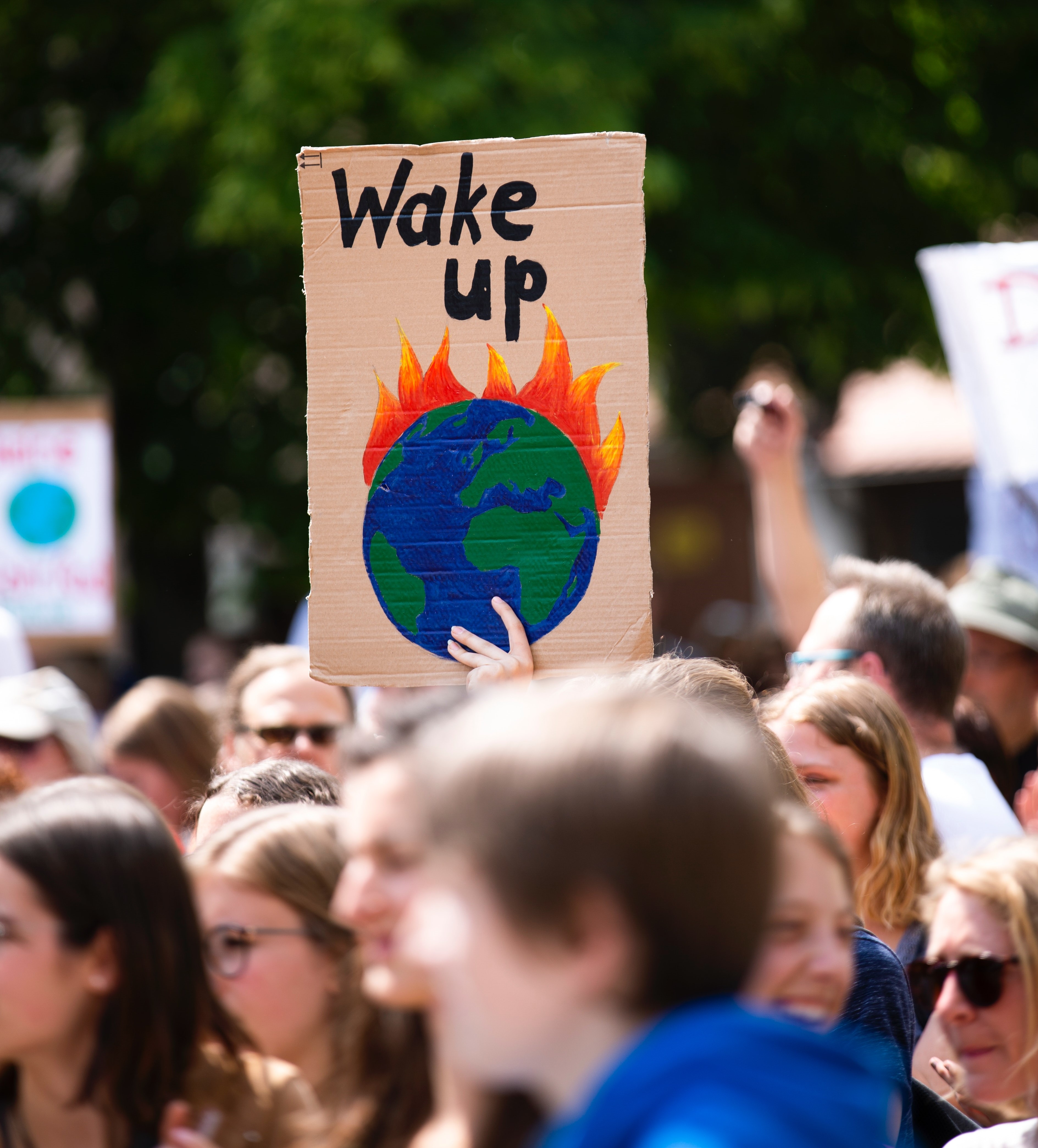 "Men argue, nature acts," Voltaire wrote 300 years ago. The French philosopher couldn't have described the emerging crisis better, as communities, companies, and countries struggle to deal with climate change today. The global debate over how to respond is for good reason: No matter the scale of the issue, from the rising sea level to carbon sequestration, the responses required will be costly, complicated, and, in many cases, controversial.  But, like the crisis, the actions needed also are increasingly clear, as David Houle and Bob Leonard lay out in Moving to a Finite Earth Economy — Crew Manual.

The book is a highly readable, one-volume trilogy on what to do about the worldwide challenge of climate change. As suggested by the subtitle, The future of humanity, climate, and capitalism, it isn't shy in setting forth its ambitions. The coauthors — Houle is a futurist and Leonard a researcher and writer — argue that ignoring its solutions will guarantee the onset of irremediable changes within two decades, certain to bring the planet to an uninhabitable status by the end of the century. With that as a warning, the two passionate advocates' sweeping recommendations make clear that tinkering won't do the job.

To their credit, Houle and Leonard also aren't just kibitzing. Their nonprofit organization, This Spaceship Earth, aims to build an understanding of the global threat from climate change and bring action. A former media executive and Academy Award–nominated filmmaker turned futurist and speaker, Houle is actively engaged in networking and educating, as well as mobilizing people, from scientists to laymen — as is Leonard, who is chief content officer at the ambitious not-for-profit. The book serves those ends well, providing bullet-point summaries at the end of each chapter, ample statistics and graphics, and valuable references for follow-up research.

The authors' approach reflects one of the reasons achieving their goals is a tall order: the task requires people to change their lives; society to revalue the costs of goods and services to renew the earth's resources; and leaders in government and business to change economic policy and corporate models to both ends. Tough job or not, Houle and Leonard aspire to show how.

After critiquing the world's current growth-based economy, the authors chart a transitional course through a "circular" economic system based on reducing, reusing, and recycling to their proposed reformation's goal line: a "finite" economy that places Earth first. 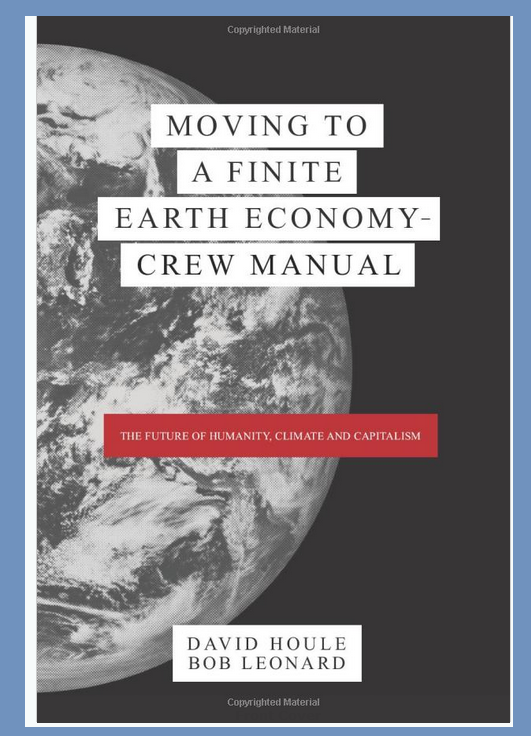 No review could adequately summarize the comprehensive, detailed approach to understanding the climate crisis that Moving to a Finite Earth Economy provides. Its discussion of climate change issues is helpfully presented with geographic threats, relevant technologies, and solutions, as well as community, corporate, government, individual, and societal actions. It's impressive as a catalog of our ever-improving understanding of the problem, as well as how far we still have to go. Add to that its format as a single-volume "trilogy" — that moves from an introductory tutorial to a take-action final "book" — and concerned citizens, educators, and environmental activists will find its approach valuable in organizing anything from a one-on-one meeting to a PowerPoint talk.

If Moving to a Finite Earth Economy has a downside, it's simply that its scope implicitly highlights the intractability of the problem the authors want to solve. Their stark portrayal of "the need for imminent action or else," however compelling the argument, is a case in point. Like any combat-seasoned old sergeant will tell you, there's only so much you can say to a soldier after you've ordered them to "take that hill."

And unlike antiwar movements, election campaign voter drives, or congressional doorknockers to convince legislators to pass a bill, keeping large numbers of people motivated is hard when no single event or score on the board represents victory. In key areas such as corporate environmental practices, it's even harder when companies buy senators and congressmen by the bushel to prevent needed change.

The advent of the Trump administration also underscores the need for the authors to address political strategy in more focus and detail. The official U.S. announcement of withdrawal from the Paris Climate Accords is emblematic of the opposition facing the movement that Houle and Leonard rightfully want to strengthen: a counter-reformation that, at least in the United States, remains monied, powerful, and, with President Trump as its figurehead, politically in charge. The damage from its actions to date — the weakening of some 85 needed environmental controls on air and water pollution, toxic substances, and safety — is obvious. Less public but no less important, however, Trump's minions are proselytizing among potential pro-environmental supporters, as well as keeping their business allies together, creating new hurdles and reinforcing old ones that must be overcome.

Houle and Leonard have written a needed, valuable book. They've also done an enormous service. As we witness in the daily news cycle, from rising sea levels and dying coral reefs, to record-setting storm seasons and the temperature's climb, to new disease patterns and vanishing species, the challenge is worthy of their and our ambitions.

The good news in the growing awareness of climate change and its impact is that the authors and others are mobilizing youth around the world who have the most to gain from taking actions — and the most to lose from failing to act.

Houle and Leonard's work displays the scale of the problem, as well as its potential solutions. It should be motivation. In his essay on philosophy, Woody Allen asks: "Can we really try to know the universe when it's hard enough finding your way around Chinatown?" When it comes to climate change, Moving to a Finite Earth Economy makes a compelling case that we must try.