Music Videos are Back in Play Via Loop TV

By Simon Applebaum April 10, 2020 Tomorrow Will Be Televised Archives 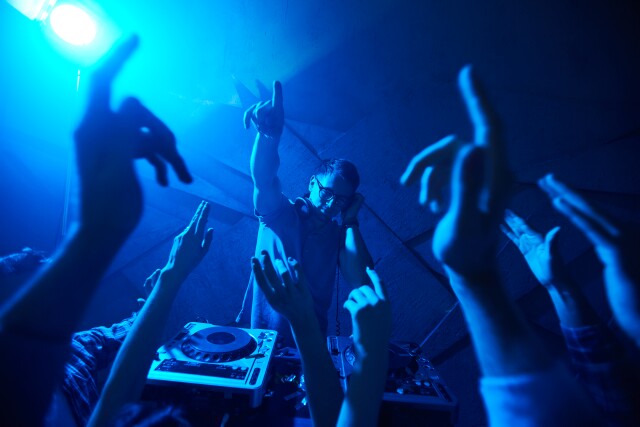 When Andy Schuon was a key executive at MTV and parent MTV Networks during the 1990s, he moved the needle forward for the channel’s main attraction -- music videos -- by building popular original series around them, such as Alternative Nation, Buzz Bin and Beavis and Butt-head.  Almost two decades later, Schuon is back in needle-moving mode, this time to enhance the appeal of music videos for audiences demanding their content show up, as the classic Dave Clark Five 1960s hit chimes, any way they want it.

At the moment, Loop is available on several smart TV sets and TV-connected devices, including Amazon Fire TV.  By next weekend, it will simulcast on mobile devices, kicking off carriage with a two-day global music festival raising funds for medical organizations dealing with the Coronavirus pandemic, in conjunction with Twitch.

The next stage of this convergence approach -- placement in restaurants, sports bars and other locations through monitors -- will happen once government officials give the word that such businesses can re-open, Loop TV management maintains.  Affiliate deals with Flix Brewhouses, YardHouse and other restaurant chains were reached earlier this year.

“If MTV were created today, it probably wouldn’t have TV as part of its name, right?” Schuon mused during a recent interview.  “It might just be called M, you know.  The audience watching music videos today will watch them when they want, where they want.”

Loop TV’s aim, as Schuon elaborated, is to give this genre a second life as a product anyone can find anywhere, and as an art form that opened new frontiers in camerawork, storylines, special effects, animation, fashion and choreography in its early days.  “The great news is that you now have the ability to create so many great things with cheaper technology today, using a 4K (high-definition) iPhone with a Macbook,” he explained. “There’s so many ways to be creative that don’t break the budget for the artist or the record company.  My hope is by putting videos together in front of people in a way they haven’t had them in a long time, with tight curation and selective playlisting of channels, the demand for unique creativity will come with that.”

Many of Loop TV’s channels are arranged by specific music type, from pop and heavy metal to blues and world music.  Others are programmed by mood or time of day.  The videos are selected from a catalog of more than 200,000 short-form titles, supplied by various record companies and outside talent.

Each channel will include a number of commercial breaks per hour, all featuring national advertisers.   The mobile app, currently in beta test, will present ads in various formats following next weekend’s scheduled debut.  Restaurants and other retailers can run the service with or without ads, depending on their agreement with Loop Media.

“You can go deeper (in a relationship with this genre) than what’s been done before,” Schuon added.   “You can get creative and tune in one channel to work out, another to chill out, another to play when you have happy hour.  You have those options.”

Reaction from music industry organizations and talent representatives has been positive so far.  In Schuon’s estimation, that’s due to the opportunity to build several revenue streams beyond video licensing.  “The business is not about sales, it’s about impressions,” he said.  “The more impressions Lady Gaga can get, or Billie Eilish can get, the more likely they are to benefit from the long tail of selling out venues or merchandise, or add Instagram followers.”

Or, as another Dave Clark Five 1960s hit suggests, the name of the game is they like it like that.