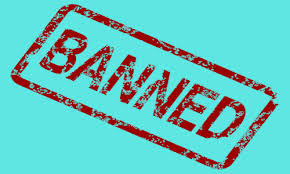 According to the US Department of Labor (www.dol.gov) Labor Day, the first Monday in September, is a creation of the labor movement and is dedicated to the social and economic achievements of American workers. It constitutes a yearly national tribute to the contributions workers have made to the strength, prosperity, and well-being of our country.

So, just for fun and, in honor of Labor Day (and people who work for a living) here is a list of buzzwords, biz speak and hipster droppings that should be banned from every business meeting forevermore.

Engagement – It's not a metric; it's a concept that can be made to mean anything you want it to mean. Using it in a sentence without defining it should be criminalized.

Native – This is the new "N" word. Like engagement, it's a concept that can mean many things. Do you mean native to the technology, native to the culture, native to the platform? Or, do you mean, trick the user/viewer into believing that it's real content? Perhaps you actually mean, content marketing? Specify!

Big Data – large data sets come structured and unstructured. They can be mixed and matched by data wranglers, cleaned and washed, operated on by algorithms, mined, sliced, diced and julienned (for a delightful afternoon snack). Please say what you mean.

If you say "big data" in a meeting, someone may actually ask you about the data set – be prepared to answer.

Cloud – Cloud computing, SaaS, Cloud Storage? Which one do you mean? There are about a dozen other possible meanings. Ice cream castles in the air, clouds in my coffee... cloudy with a chance of meatballs! Just saying we're going to do it in the "cloud" makes you sound... um... uninformed (and I'm being super kind).

Programmatic – do you mean automated delivery or algorithmically planned or arbitraged? Programmatic is another cliché catch phrase that doesn't mean anything unless you add context.

Learning(s) – Just stop! I learned, we learned, he/she/it learned – it's the easiest verb to conjugate in the entire English language. Ugh!

Ideate – really? People who use ideate clearly have no idea about the process of ideation. It should literally cost $20 every time you speak it.

Rock Star – Let me be very, very clear – there are no rock stars in any profession other than Rock music. Rap Stars don't call themselves Rock Stars. Neither do EDM, Country, Soul, R&B, Jazz or even Folk Stars. Why on earth would anyone who doesn't play Rock for a living think it's OK to call someone in business a Rock Star? When you can jump across the stage and land on your knees while playing a Bb7#9 chord, screaming the lyrics (on key) with pyrotechnics exploding all around you in front of 20,000 adoring fans, you're a Rock Star. If you're great at media buying or HR... well, you get my point.

Scalable – as opposed to what? We've built a new app that can only run on three devices simultaneously, but we're hopeful. Who says that? Even if it's true, you're going to lie and say its carrier grade and bulletproof. Has anyone ever been a meeting where someone said, "Our technology doesn't scale." Body shops don't scale, people don't scale, boutiques don't scale, custom donut shops don't scale... technology scales!

Ready for the sentence that started this rant?

Me: "Well, it sounds like he took it to the next level... efforting 110% to craft a best practices, robust solution you can leverage, and it's clearly out of the box thinking... but maybe you shouldn't try to boil the ocean... its got a lot of moving parts and I'm not sure it's something you want to take ownership of, as it's not clearly in line with your corporate values. You might be accused of punching the puppy, but the optics are all wrong. We should probably put this in the parking lot." (I didn't actually say that, but I really, really wanted to!!!)

By simply attributing this list of banned words to me you will receive a non-exclusive, worldwide, perpetual, irrevocable, royalty-free, sub-licensable and transferable (through multiple tiers) right and license to exercise any and all copyright, trademark, publicity and database rights that you have in the User Content in any and all formats or media now known or hereafter devised in the future. You are further hereby granted the non-exclusive, irrevocable and unconditional right and license to describe, relate, broadcast, exhibit, transmit, publish, use, monetize, distribute and/or exploit your User Content in any such manner as you shall elect, in whole or in part, on the internet, in print and electronic form, in merchandising, publicity and advertising, or in any other media now known or hereafter created or devised throughout the universe in perpetuity. Ahh... I feel better already. Have a great holiday weekend.