My Summer with Tony Soprano 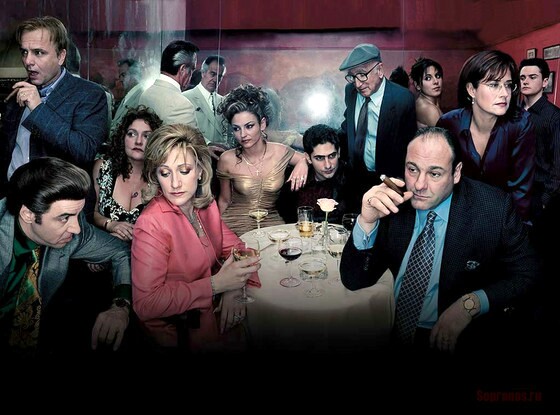 I grew up in a household where the television was an always available and accessible medium. My parents were never ones to censor our content consumption and we watched programs together as a family.

I got an early read on relationships by watching Friends and my vocabulary grew exponentially thanks to Larry David and the cast of Curb Your Enthusiasm. I would not say my family and I watched any content that was especially violent or disturbing. In fact, the most scarring instance in co-viewing that I can recall came from a 2005 PBS Natureepisode.  A Lemur’s Tale dealt a heavy blow to anyone with a sensitivity chip around animals. If the harsh reality of lemur life in Madagascar is something you’re into, A Lemur’s Taleis available on DVD.

The one notable exception to my parents’ relatively liberal approach to television viewing was The Sopranos. As I remember it, on Sundays at 9 during the latter half of the series’ run it was off to bed with us kids: Bedroom door shut and lights off with the explicit understanding that we were not to retreat into the living room.

So now, a decade or so later, I spent the summer watching The Sopranosby way of Amazon Prime. Predicated on the idea that The Sopranoswas a violent, gory bloodbath unsuitable for anyone under the age of 18 and “way more intense than The Godfather,Charlotte”, I was surprised to see that all of that plays secondarily. The Sopranosis a powerfully complicated family drama. A High School health class could do a lot worse than screening The Sopranosin a lesson on behavioral development.

While I could easily write more on why I recommend The Sopranos and why I think it should be required viewing for any Mad Men fan, this has been done. My summer with Tony Soprano has taught me that when it comes to television, everything old is new again.

In response to FX Networks’ CEO John Landgraf’s TCA sound bite, “there is too much television,” I offer this addendum: There is too much television from the last decade. When I mention watching The Sopranosto friends, they often respond, “That’s on my list.” When discussing with my friends what they were watching over the summer, many if not most were watching shows that ended their run in the last ten or so years. Shows like The West Wing, The Wire, Ally McBeal, The Office. Vulture just published the “100 TV Dramas Everyone Should Watch” -- all having run in the last 20 years.

Online video libraries allow consumers the opportunity to experience television we missed out on the first time around. If only on the periphery, we have formed expectations and emotional connections around these programs and they have made their way onto our respective watch lists.

As my friends and I faced the summer embracing critically acclaimed television of yore, how do we snap back into the new and original series of the fall season? I’m more excited about the next episode of The Sopranosthan any other show premiering within the next two months (save ABC’s The Muppets, for which my excitement cannot be contained. Further confirmation that, yes, everything old is new again).

When I choose what to watch, current and past television programs carry equal weight -- they’re all on the same list. It seems a testament to a colossal industry transformation that just a decade ago I was grudgingly sequestered in my room to avoid watching The Sopranoswhereas now I purposefully sequester myself in my room to watch The Sopranos.And yet, while the habits have changed, the show has not.

How will creators of “new” content respond to the accessibility of “old” content through streaming services like HBO Go, Amazon Prime, Netflix and Hulu and also in rerun on linear television? This is just another example of an environmental factor making linear television’s long-term survival increasingly difficult. Perhaps A Lemur’s Talewas more prophetic than I realized.