Napster vs the Music Industry: HISTORY's Moments in Media 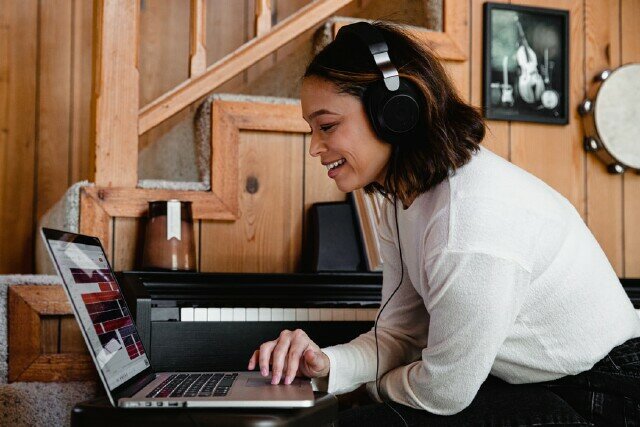 June 1, 1999, was the day the music industry died. Or, at least, it was the day its near-death experience was put into motion. The music-sharing app Napster launched 22 years ago this month, enabling for the first time the mass sharing of digital files. And that, in turn, upended customers' behaviors, encouraged large-scale music piracy and created an existential crisis that took the recording business more than a decade to reckon with. Thanks to Napster, the business model underpinning the music industry collapsed, forever changing the way we consume music.

Napster was the brainchild of Shawn Fanning, then a 17-year-old student at Northeastern University in Boston. It was possible to search for and download digital music files before Fanning's app came along, but it was a cumbersome and often unsuccessful process. In internet chat rooms, Fanning went by the username "napster," a reference to the tight, nappy curls his hair would develop if left to grow beyond a buzzcut, and in 1998 he started mentioning an app he'd built that would make that kind of file sharing effortless. He connected with Sean Parker, who would later help found Facebook and gain immortality via Justin Timberlake's portrayal of him in The Social Network. By the spring of 1999 and armed with $50,000 raised by Parker, the pair was ready to launch Napster.

Part of Napster's genius was that the app itself hosted no music. It was a peer-to-peer system; each user who downloaded it designated a folder of music files as shared. When you logged into the app, you could enter search terms, like a song title or band name, and Napster would search all those other users' shared files to find a match. Once connected, you would copy that other user's file, watching the track download onto your machine bit by bit. On a slow internet connection -- yours, or your anonymous donor's -- the process could be grueling. But the combination of easy searchability and a reliable interface was something entirely new.

For the first time in history, you could find nearly any individual song you wanted. And you didn't have to pay for it.

Unsurprisingly, Fanning's app took off. By October of that year, there were 4 million songs available on Napster. By the next summer, roughly 14,000 songs were being downloaded every minute. At the height of Napster's popularity, it boasted 57 million users.

But if Napster seemed too good to be true to the many millions of college kids and music obsessives who mobbed the service, it's largely because it was. Almost immediately, the record industry started to fight back.

Metallica sued Napster for copyright infringement, getting the service to identify 335,000 users who had shared Metallica's music and then ban them. Dr. Dre sued, too. But the key legal action came when the Recording Industry Association of America (RIAA), the trade group for the music business, filed a $20 billion copyright infringement suit against Fanning and Parker's company.

Napster claimed fair use -- the service wasn't hosting pirated files, after all, but simply allowing enthusiasts to connect with each other. Some in the industry argued that giving fans a way to hear new music was ultimately good for business, the equivalent of radio airplay. Fans themselves felt abused by the $16 or $20 they'd been forced to pay for CDs that might contain only a few songs they wanted to hear.

But on February 12, 2001, the United States Court of Appeals for the Ninth Circuit found in favor of the RIAA. On March 6, Napster began complying with the federal court order. Three months later, it shut its service down. The music industry didn't die; Napster did, more or less.

But not entirely. The name still lives on, purchased and now used by the subscription-based streaming service Rhapsody. And, perhaps more important, so does the idea. Napster is no more, but digital music is the norm. Just a few months before Napster was shut down, Apple launched iTunes. It was a more reliable, higher-quality source of downloadable music, and one that -- like all the streaming services that have come since -- pays royalties back to record companies.