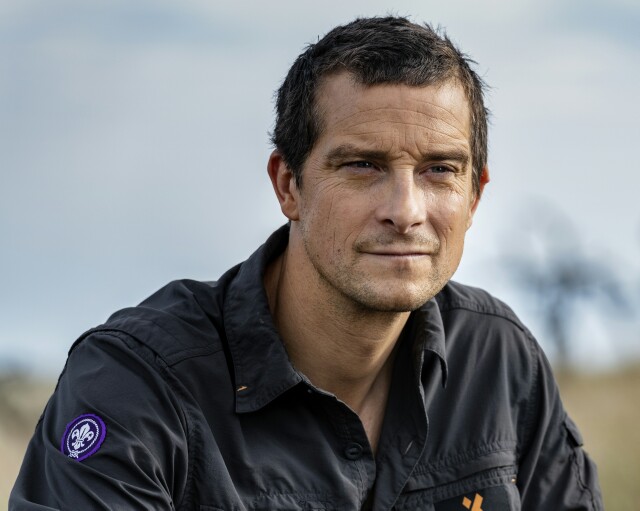 Just-hatched goslings must leave their nest precariously perched on an aerie.  Water and food are a mile away and winged predators circle.  Too young to fly, the only option is to jump.  A tiny ball of fuzz crashes into rocks on its 400-foot drop, and it’s gut wrenching to see.  Three chicks make this miserable descent during a haunting eight-minute scene in Mountains, the opening installment of National Geographic’s docuseries Hostile Planet.  Be warned: Two of the three hatchlings meet tragic ends, as do many animals in this six-part series premiering Monday, April 1.

Wisely, the camera does not linger on death.  Instead, the cinematic series focuses on the struggle of life.  It illustrates how climate change is affecting every part of the world -- mountains, oceans, grasslands, jungles, deserts and the poles -- and shows animals trying to adapt to survive.  While wildlife documentaries are by definition visually rich, this one is different, courtesy of Oscar-winning cinematographer Guillermo Navarro, an executive producer.

From the beginning, Navarro’s vision mandated this evolve above and beyond traditional nature films.  “What I thought had to change was to make it more visual,” Navarro told MediaVillage.  “We are seeing what it is like to be there now.  There needed to be a change in how we do the movies. It is important that the lens was close to them.  They are the heroes of this story.” 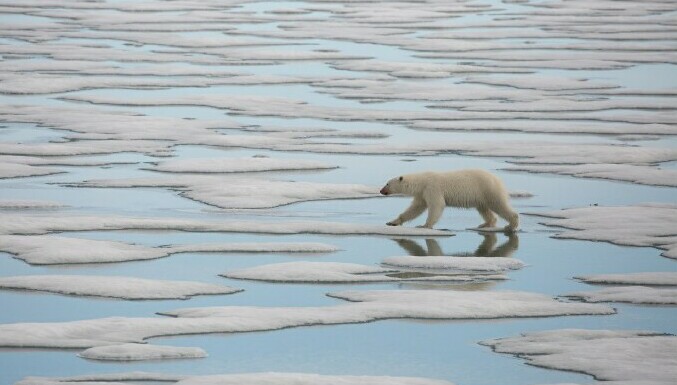 Familiar stories, such as turtles hatching on the beaches of Costa Rica, are presented in a fresh perspective -- from the animals’ point of view.  The audience sees what whales see as they swim in a pod or what polar bears espy in a tundra that was once solid and is melting.  These are often-dismal scenarios as creatures swim farther, climb higher and search longer for food.  Animals encroach on one another’s territories leading to fights such as a death match between a jaguar and a caiman.

While this series, three years in the making, is about the animals, viewers also see the effects of extreme climates on a human:  host and narrator Bear Grylls (pictured at top).  The former British Special Forces Agent is a bit of a superhuman, and even he struggles.  A TV fixture with Discovery’s Man vs. Wildand NBC’s Running Wild with Bear Grylls, which moves to National Geographic in December, Grylls talked with MediaVillage in a far cushier locale -- a climate-controlled hotel room -- about why he is the perfect match for Hostile Planet.

“For a show about the survivability of families of animals, they felt it was best to get a survivor to speak for it,” Grylls told me.  “Even though hard and brutal, the world is really fragile and some of the most amazing animals are on the edge of existence.  Hostile Planetshows what climate change means for them.  It’s desperate, desperate, desperate!  And I can speak with reality about what survival means.”

Each episode, a result of 300 days of shooting, is crammed with the challenge of survival, which can take bizarre turns.  In the Namib Desert, Namibia, where the temperature is rising three times faster than the global average, is a remarkable sight -- a hyena mom living with her pups in an abandoned mining town.  The visuals are astonishing as the mother hyena heads out, trots a mile to the ocean, stalks a seal pup and returns with food.

While each self-contained film is filled with sobering facts and images, at no point does the series turn to the obvious: Blame and lecture.  Of course, mankind has wrought this destruction, but that is never said.

“The moment someone feels they are being lectured they stop listening,” noted Kevin Mohs, National Geographic’s Vice President of Production and Development and executive producer for this series.  “We want you till the end, and you will learn something.”

“I realized that we can’t do everything in one show,” Mohs acknowledged.  “Climate change is a big and complex issue that has many facets, and that's why, at National Geographic, we've approached it from various angles in programs like Paris to Pittsburgh and Before the Flood.  In those programs, we look into the causes and explore solutions.  In Hostile Planet, the animals take center stage as they contend with the new realities of an ever-more volatile world.

“For them, there’s no debate as to why storms are more intense or wildfires more devastating than ever before,” Mohs continued.  “Their worlds have changed, and they are trying to deal with it as best they can in order to get that next meal and to pass on their genes to the next generation.  With our intimate stories of survival told on an epic scale, our goal is that viewers will understand that the consequences of our actions are not only impacting humans but our natural world as well. People are spurred into action when they are passionate about something, and we want them to fall in love with every creature we feature, no matter how large or small.”

Hostile Planet is telecast Monday at 9 p.m. on Nat Geo.