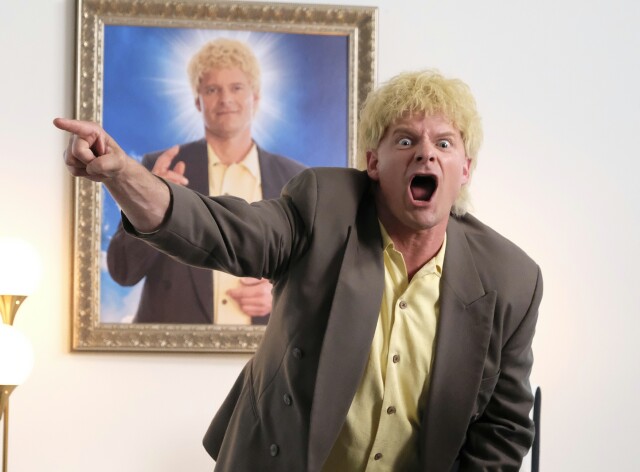 An old-fashioned rap battle, a modern interpretive dance and a fourth wall that’s more of a doorway mark National Geographic's latest foray into the hybrid of scripted and unscripted series with Valley of the Boom.  The six-episode series, premiering Sunday, Jan. 13, recounts the story of three internet companies in Silicon Valley during those raucous 1990s.  While based in fact, the series uses far more fantasy than usually found on the network.  Carolyn Bernstein, National Geographic’s Executive Vice President and Head of Global Scripted Development and Production, told MediaVillage how it meshed perfectly with the brand’s mission of going “further.”  Noting that Valley explores much of the technology and access that today are taken for granted, Bernstein said,  “The three stories will take viewers very deep into the early days of Silicon Valley and give them a much deeper understanding where this technology we use every single day comes from and how we got to the moment we are in right now.”

Where we are right now seems like science fiction compared to when this narrative unfolds. Sure, visionaries imagined what could happen, but it took tremendous work, brilliant minds and deep pockets to get there. Valleydetails dry subjects in quirky ways as it delves into how browsers with graphics came into being, dramatizing the bare-knuckle fight between the behemoth Microsoft and upstart Netscape.

“In this manic world full of crazy characters, you have this stable dude,” Whitford said of Barksdale. “Mid-sentence, he just breathes in and breathes out.  He has seen a lot.  He is the grown-up in the room.”

Netscape was staffed with young, smart engineers, but none were smarter than the company’s co-founder Marc Andreessen, played here by John Karna (Lady Bird).  Andreessen knew a graphics browser could be created -- if he and his staff just worked constantly.  He lacked social niceties.  As Karna explained, “Likeable is not a word anyone would use to describe him.”

Likable, however, is what Michael Fenne banked on.  In what might be the craziest performance of his career -- and this actor has played an ape -- Steve Zahn (pictured at top) plays the colorful conman who bilks millions out of investors.  Fenne, whose real name was David Kim Stanley, was a fugitive when he arrived in San Juan Capistrano.

Fenne fled Virginia, ballooned to over 350 pounds and dyed his hair a shade of blond that Divine, the late drag queen, would have found tawdry.  Zahn loved every moment of the fat suit, wigs and playing someone bonkers.  He toyed around with the persona and sought showrunner Matthew Carnahan’s advice.

“It was like diving off a cliff into fog,” Zahn recalled of getting into this character.  “You have to trust there is something there.  I really dove in, and it was a lot of fun."

Fun was at the heart of the third story, too -- the meteoric rise of theGlobe.com.  Stephan Paternot and Todd Krizelman were Cornell University students who loved computers and wanted to create a place where people could publish their own stories and interact.  Yes, just like Facebook, but years earlier.  When their company went public, it was with the largest IPO in history.  Paternot, then 24, made $97 million that day.

Like many featured in the series, he remains a major player online, but that company (and money) are long gone.  As he watched the series, Paternot was shocked by how much actor Dakota Shapiro resembles him.  “The first time I watched it, I was having a real out of body experience,” Paternot revealed.  “It was deeply disturbing, to say the least.”

Eventually, he re-watched it and it all made sense.  "People need to understand where we come from, so we don't keep repeating the same patterns," Paternot said.  "The internet is not just computers and algorithms; it is people and a very human story.  People need to work together to control it and make it a more effective tool for society." 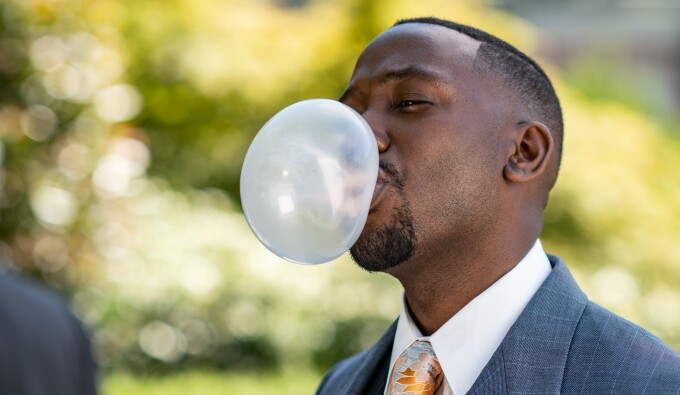 Though Fenne, Barksdale, Paternot and Andreessen are real people, Carnahan added a fictional character, Darrin Morris, played by Lamorne Morris (New Girl).  Darrin is a Manhattan-based stockbroker who moves to Silicon Valley, intent on cashing in.  He’s the audience’s guide to story’s different threads, and consistently talks to the camera.  Other characters also break the fourth wall.

“If I were to watch the show blind, I would need someone like Darrin to break it down,” Morris (pictured above) said.

Given that this is a complicated series, one that has Arianna Huffington as an executive producer, Carnahan (House of Lies) encouraged actors to take it to the edge.  When he initially met Nat Geo executives, Carnahan told them: “I want to ruin your network!  I want to do something that attempts to be as disruptive as these makers, who changed all our lives.”

"The disruption Carnahan captured so brilliantly -- the birth of the internet -- shows how dramatically different it all was than it is now, when we've all become much more skeptical, much more conscious of all the unintended consequences of addiction to social media and constant interruptions, constant notifications,” Huffington said.  “The mood you're going to see here is a mood of idealism, triumphalism.  It was expected to basically change the world.  Everybody wanted to be on the internet train even if they had no clue where that train was going.”  It was, she added, the beginning of FOMO (fear of missing out).

Bernstein hopes the series teaches viewers about these early tech days and entertains them while they learn.  “These early tech pioneers were for the most part not just brilliant and passionate creators, but also were really interested in bringing people together -- in making peoples’ lives happier and more efficient while bringing a product to the world that they really believed in,” she said.  “They thought they could help change people’s lives for the better.”