National Is the New Local for TV Station Revenues 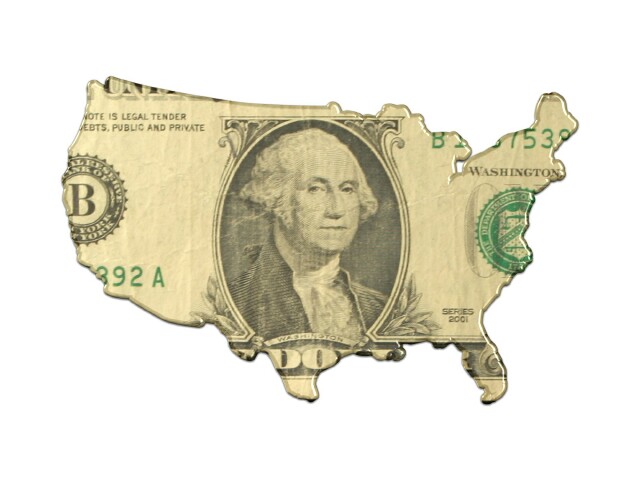 All four CEOs present inside the Javits Center claimed business from local advertisers is as healthy as ever.  "We've had more roofers and lawyers [buy commercial time] than we've had in our lives," declared Hearst Television President Jordan Wertlieb.  "National spot is holding us back."

What's restricting a surge of national advertising from local stations has more to do with measurement and research and less to do with digital-driven upstarts such as Google and Facebook says Sinclair Broadcast Group President and CEO Chris Ripley, who oversees the largest television station group in the nation.  "Digital is a call-to-action medium," he said.  "Television is a branding exercise."

For its part, Sinclair started a network sales group specifically designed to handle national spot sales, pitching TV schedules as an audience-based transaction.  The consensus was that TV stations must develop the ability to make advertising transactions based on audience, selling commercial time and targeted audiences together on a cost-per-thousand (CPM) basis.

Current measurement technology has to reach another level to give TV station salespeople that ability, which can then be used to drive more spot sales from current and future national sponsors.  "We've got a technically complex system to work out, with different players and different motivations," Ripley explained.  "I like to be optimistic.  That's why I believe a groundswell of interest to get this thing licked will happen."

Tegna’s President and Chief Executive Dave Lougee agreed.  "You have to look at this national advertising marketplace more holistically," he said.  "It's time to take the friction out the system at both ends."

The sooner the better, added Valari Staab, President of NBCUniversal's Owned Television Stations group.  "It's just really hard to come up with a simple system that works with all stations and all advertisers.  We're always evaluating what's out there.  We should get more credit for viewing that exists for us anywhere."

When all is said and done about this issue, the current power players in TV audience measurement may not be the ones behind a better solution, Ripley continued, acknowledging his company's decision (rumored in the trade press for several months) to adopt comScore as its audience data source.

"Both systems have their flaws; pick your poison," Ripley declared.  "At the end, they will be replaced by a device or measurement system tied to the adoption of ATSC 3.0."  That's the Advanced Transmission Standards Committee now under review for adoption by the Federal Communications Commission, supported by Sinclair Broadcast Group and other TV station groups.

Station and station group sales representatives should emphasize circulation when pitching national clients, Wertlieb suggested. "We have 100 percent distribution [in every market], where cable and broadband don’t," he said.  "It's a great differentiator."

“Believe it”, added Lougee.  "We're the belle of the ball when it comes to distribution."

When ATSC 3.0 (Advanced Transmission Standards Committee now under review for adoption by the Federal Communications Commission, supported by Sinclair Broadcast Group and other TV station groups) passes FCC muster and becomes the starting point for a number of initiatives stations can simultaneously handle, including delivering content to smart TV sets, TV-connected devices and smartphones, or launching new multicast networks, it will alter the national spot landscape permanently, Ripley asserted.  "The forthcoming opportunity of this industry is to have the best of both worlds -- broad reach and targeted inventory," he said.

Tegna, Fox and other station groups are taking their quest for more national advertising dollars in another direction -- program development, as in launching multi-week trial runs of original series one year within their groups that they can self-distribute nationally the next.  For example, after testing last summer in select markets, Fox rolled out two series nationally last month, including Page Six TV, based on the famous New York Post newspaper feature, which has so far produced a solid audience.  Of three programs being rolled out by Tegna among its stations, two are live: Sister Circle, a weekday morning hour simulcast with cable network TV One, and Daily Blast LIVE.  "Live matters here," explained Lougee.  "We think the way consumer habits are evolving, shows need to be more live and relevant.  As an industry, we have to innovate on the content side."

Although the process of testing out multiple series is risky, Staab believes more station groups should follow the lead of Fox and Tegna.  “We need a better model of syndication," she said.  "People don't appreciate reruns anymore.  I'm all for this.”

Sinclair and Hearst illustrate that point, as both have drawn substantial audiences for their originals, Full Measure and Matter of Fact, respectively. In fact, Matter presented a live primetime special on most Hearst stations last month, dealing with the opioid epidemic.  One or more additional primetime specials are also under consideration.

A retransmission consent revenue stream that expands next year and beyond will lead to more experimentation with local programming formats, Ripley added.  Utimately, via ATSC 3.0 implementation, these formats could be personalized.  "The more we make on retrans, the better local programming we put out," he noted.  "We also can address the platform preferences of viewers.  I believe viewing will increasingly migrate to personal devices, including smart TVs.  This migration is going to get stronger."