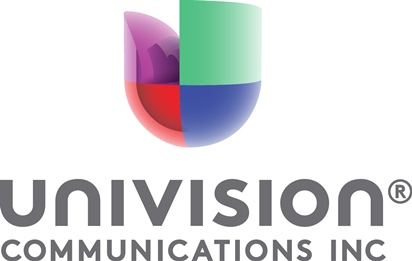 Univision is the MyersBizNet national television 2014 sales organization of the year, based on ratings in six performance categories as judged in more than 1,000 surveys completed by the advertiser and agency clients of 70 TV companies. Scroll down for network TV sales organization winners in eleven categories. Univision and NBCU Hispanic ranked first and second respectively among the 70 organizations*, reflecting the strong loyalty the leading Hispanic networks have generated among their clients. Both groups significantly improved perceptions in this year's survey over prior years, with Univision achieving a 75% average positive rating (4/5 on a five point scale) in the six measured attributes. NBCU Hispanic followed closely with a 67% positive rating. In the next several weeks, MyersBizNet will publish the leaders in each specific attribute category measured (see attribute list below awards categories). The full methodology is available to MyersBizNet member companies; premium members have received detailed survey reports. The study was conducted in October; this is the 30th anniversary of the MyersBizNet Survey of Advertising Executives,the industry quality performance standard for media sales organizations.

Sales Organization of the Year: Univision

Among 70 organizations, Univision ranked first in all six attributes evaluated by advertisers and agency buyers and planners. While the respondent base to Hispanic networks is smaller than several broadcast and general interest networks (responses are limited to those who have a relationship with each network), it remains unusual for one organization to lead across all six attributes. NBCU Hispanic (Telemundo) ranked second in three of the six categories.

Nick ranked 3rd overall among all network sales organizations, but was topped by ABC Family in the categories "Delivers Value for the Investment" and "Quality of Content Justifies Premium Pricing." The Nickelodeon sales team, however, was a leading performer for "Quality of Sales Team," "Offers Valuable Multi-Platform Digital Opportunities" and "Provides Advanced Research Support & Intelligence."

With a merged news and sports sales organization under Seth Winter, NBCU emerged as the news category leader, with especially strong performance in "Provides Innovative and Creative Opportunities" and "Delivers Value for the Investment."

With ABC-TV leading the broadcast network sector, ESPN leading the sports sector, and with strong competitive performance from Disney Media and ABC Family (8th and 10th overall among 70 sales organizations), the Disney/ABC family of networks is a force to be reckoned with.

Most Improved Sales Organization of the Year: NBCUniversal

Most Impressive Sales Performance of the Year: Hulu

Perhaps no sales organization delivered as impressive a performance as one that sells network TV on an exclusively digital platform: Hulu. Also included in our survey for the first time, Hulu's 56% overall average positive ratings positioned it in 11th place among the 70 sales organizations in the study, outperforming all its broadcast network owners. Of course, the digital network performed well among those respondents with multi-platform video responsibility, and had the obvious advantage of generating strong ratings for digital offerings. But it also ranked fourth for advanced research support & intelligence, and 17th for innovative and creative opportunities.

*All rankings are based on top-two box ratings (4/5 on a five point scale), market leader to market loser. In the full report, detailed 1-5 ratings are provided, and rankings data based on top box (5) ratings are also provided. The full methodology is available to MyersBizNet members by contacting Jack Myers at jm@jackmyers.com . Full detailed 114-page reports are provided to MyersBizNet premium members who are included in the study.