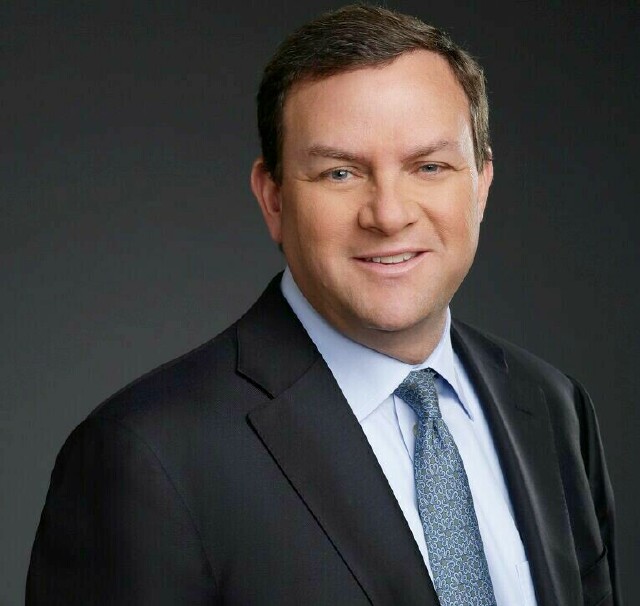 Mark Lazarus is a rights’ man on the move. The NBC Sports Group Chairman is in England this week for meetings with the Premier League, the U.K.’s top soccer circuit. He'll spend two days in Paris for the French Open tennis championships and then attend a Stanley Cup Final game or two. Then he’s off to Daytona for the start of NASCAR Sprint Cup Series coverage with the Coke Zero 400 on July 2. Later next month, Lazarus will land in Scotland for Open Championship at Royal Troon, before decamping in Rio de Janeiro from July 25 to Aug. 22 for the 2016 Summer Olympics.

The extended trek underlines a busy second half of the year with NBC Sports Group revving up its sophomore season with NASCAR; its first of a multiyear pact with the Open Championship; the Olympic Games; the return of the Premier League; an expanded NFL slate; Notre Dame football, and the start of the 2016-17 NHL season.

All of these events and others will “put more eyeballs on NBC Sports Group than any other sports media outlets in the second half of the year,” Lazarus said.

More immediately, NBC on June 11 will come out of the gate with coverage of thoroughbred racing’s Belmont Stakes.  "We won't have the excitement of Triple Crown, but the Belmont Stakes is a great event,” Lazarus asserted, alluding to American Pharoah’s triumph in 2015.

On the ice, NBC Sports Group rang up a 7% audience increase during the NHL’s regular season, but has been hurt by the early exit of the Chicago Blackhawks, the defending champions and the winners of three of the past five Cups. This year the Pittsburgh Penguins are clashing with the San Jose Sharks for the right to hoist Lord Stanley's cherished hardware.

Running from July 14-17, the Open Championship tees off an unprecedented run that includes the Olympics, the Ryder Cup and the Fed Ex playoffs.  Golf Channel will present history with the return of the sport to the Games, via more than 130 hours of live coverage. "The men and women are excited to be representing their countries and compete for the first gold medal in 112 years," Lazarus exclaimed.

As to the Olympics overall, Lazarus said NBC Sports Group’s coverage won't ignore stories about Brazil's lagging economy and infrastructure, polluted waters and the threat of the Zika virus, but reminds all concerned that "we're here to cover the competition.”

With a significant amount of the action unfolding live in primetime, including what Lazarus calls "the beauty, pageantry, myth and party atmosphere of Brazil and the strength of Team USA,” he has “very high expectations” that the 6,000 hours of cross-platform coverage will draw viewers in record numbers on TV and digital.

Lazarus characterized national ad sales as "pretty healthy. We were north of $1 billion and have added another big chunk," he said, declining to elaborate. "There is not much more ground to cover."

The Rio Olympics are also generating sales for NBC owned-and-operated stations and affiliates. "That's part of the value proposition Games bring,” Lazarus explained. “There are lots of opportunities."

He maintains that's the case with the Premier League, even though NBC Sports Group has netted a 134% audience rise from Fox Sports’ and ESPN's level since it took over with the 2013-14 campaign. The company kick offs its new six-year, $1 billion rights deal in August and Lazarus envisions more viewers as fans embrace more teams like Leicester CIty, which improbably lifted the winner’s trophy this past campaign.

With NBCSN serving Premier League matches on Saturday, as well as Formula 1 racing and rugby, and Golf Channel offering European tour coverage, NBC Sports Group has successfully created another daypart -- live programming that is attractive to viewers and advertisers on Saturday and Sunday mornings. "We have been pioneers in that respect, and others will follow, like Fox did with [Germany's top futbol league] the Bundesliga."

Averaging a 13.0 rating and 22.5 million viewers, “Sunday Night Football” was the top show in primetime for a fifth straight year, matching previous skeins by “All in the Family” and “The Cosby Show” and standing one behind “American Idol's” record. “SNF” has been tops among adults 18 to 49 six years running.

As to the addition of five “Thursday Night Football” games late in the season, which will be simulcast with NFL Network, Lazarus expects NBC’s ratings to be on par with CBS’s telecasts from last season and what that network generates with its five early season “TNF” matchups in 2016.

While NBC will resume airing Notre Dame home football games for the 26th straight year this fall, it doesn’t sound like the programmer will tackle Big Ten gridiron and basketball rights. “We’re interested at the right price, but are not a likely candidate,” he said, calling the property “nice to have, but not must have.”  He said NBC has made “a lot of big bets elsewhere and we would be well served” to pay close attention to those holdings. That includes auto racing, where it crowns Formula 1, Indy Car and NASCAR champions.  For the most part, he said the circuits have “distinct sets of fans, with some overlap. It's our job to broaden that overlap."