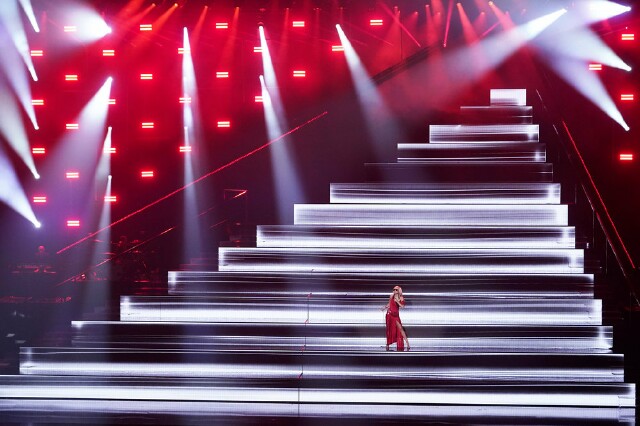 The Big Message: Every channel or service under NBCUniversal's massive umbrella is a productive cog for one of the largest ad-supported providers of televised content. The result: advertisers get a variety of pathways to reach different demographic groups through a single source. "We run, manage and promote these services as one platform," said NBCU Chief Executive Officer Jeff Shell. 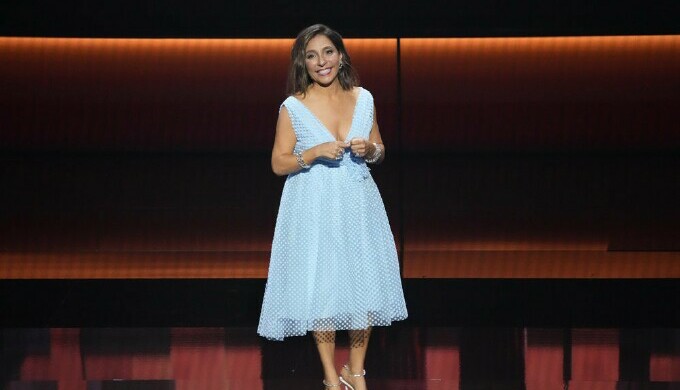 What Worked: Devoting the majority of presentation time to content segments arranged by genre (unscripted, scripted comedy, drama series, news, etc.), with many stars and personalities appearing throughout. Every effort was made to have numerous networks represented in each genre segment. For example, the scripted drama segment contained trailers from upcoming NBC, Peacock and Telemundo series. Nice touches included having six stars from Dick Wolf's Law & Order and Chicago franchises center stage during this portion (photo below) -- and allocating a few minutes to the finale of award-winning drama This Is Us. 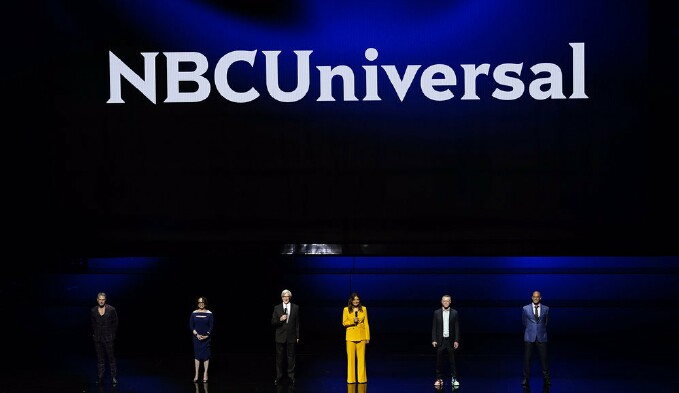 What Also Worked: A bookended pair of musical numbers on a set that called to mind the "Stairway to Paradise" sequence from An American in Paris.Kelly Clarkson led off the event with her hit "Queen of the Night," while Miley Cyrus (pictured at top) closed the show by belting out her signature hit "Wrecking Ball" followed by a cover rendition of the Madonna classic "Like a Prayer."

What Didn't Work: A very long, over-produced song-and-dance salute to the return of Bravocon this fall to New York City. Of all the NBCUniversal platforms or personalities to build a lavish production number around, why pick Bravocon? We'll give the last word to NBC Sports host and new lead Sunday Night Football play-by-play announcer Mike Tirico, who came on stage immediately after (alongside SNFanalyst Cris Collinsworth and new Football Night in America host Maria Taylor) and asked, "How do you follow Bravocon?"

Bonus Points: Having talent from Spanish-language unit Telemundo on stage to introduce a number of segments, including La Reina Del Sur/Queen of the South star Kate Del Castillo to that iconic voice of soccer, Andres Cantor.

Data Points: NBC is the top-rated broadcast network among adults 18-49; Bravo and USA Network are top-rated cable networks in several audience demographics, providing a "one-two punch" according to Shell. At NBC News Group, 50 percent of the staff is female and 50 percent are people of color. 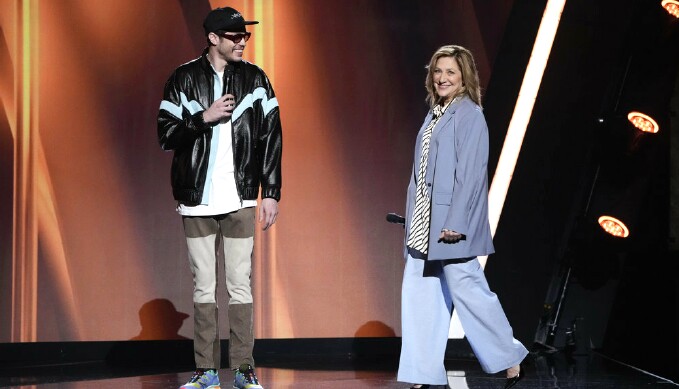 News: NBC will debut only one new primetime series when the 2022-23 season begins in September, that series being the reboot of Quantum Leap Monday nights [after The Voice]. Capital One College Bowl with host Peyton Manning will launch its second season this September, leading off NBC's Friday night lineup. When College Bowl ends its season, new sitcom Lopez Vs. Lopez, teaming George Lopez with real-life daughter Mayan, will become the opening Friday night attraction. On the made-for-TV movie track, Dolly Parton will star in a new Mountain Magic Christmas film this December. In Peacock developments, Emmy-winning actress Edie Falco will play Pete Davidson's mother onBupkis, the new offbeat dramedy announced earlier this month, and the upcoming series adaptation of Pitch Perfect has a new title: Bumper in Berlin. (Davidson and Falco are pictured above.)

Parting Words: "NBC has four options for viewers -- me, Kelly Clarkson, Dick Wolf and anybody from Chicago … Peacock has the reboot Bel-Air. Did we nail the timing on that one?" -- The Tonight Show host Jimmy Fallon

"A great story needs a great audience … Our audience is not just viewers. They're fans. We're at the center of cultural conversations." -- Susan Rovner, Chairman, Entertainment Content, NBCU Television and Streaming

"This show is truly made up of blood, sweat and beers." -- Nikki Bella, co-host of new USA Network series Barmageddon

"Finally I get to play an overwhelmed mother of two in a corrupt world -- Staten Island." -- Bupkisco-star Edie Falco

"You can reach more multicultural audiences [via NBCU] than with any other media company." -- Linda Yaccarino, NBCU Chairman, Global Advertising and Partnerships