NBCU's Coverage of the Summer Olympics Was Groundbreaking in Many Ways 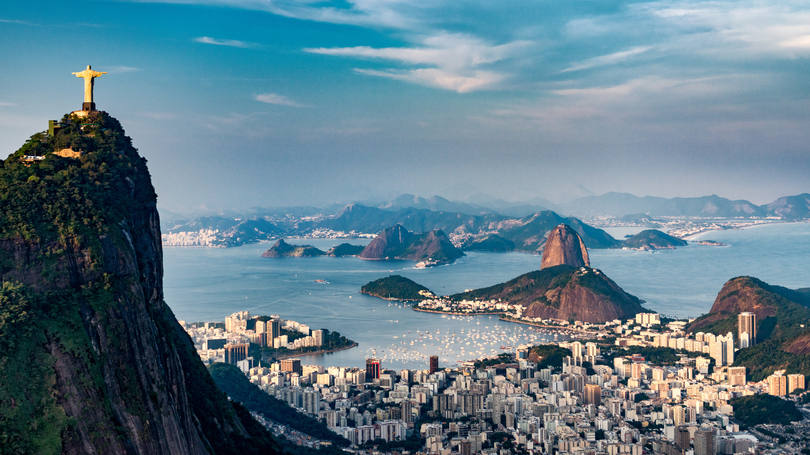 The avalanche of critical commentary that landed on top of NBCUniversal over the last week focused on how and why its 2016 Summer Olympics coverage from Rio underperformed.  I have my own thoughts about that and will get to them below … after putting the praiseworthy aspects of what NBCU did front and center.

In three ways, NBC's coverage was groundbreaking, especially when it came to giving its viewers more choices of what to see.  For the first time ever, multiple network coverage was available in primetime most nights -- via NBC, NBC Sports Network, Bravo (largely for tennis) and USA Network (on a few nights).  Because of the favorable time zone (one hour ahead of Eastern time), what NBCSN, Bravo and USA had to offer was live. If you didn't want the strict NBC diet of gymnastics, swimming and track and field most nights, you could move somewhere else ... and many did. NBCSN had more than one million viewers per evening, the most catching that service on a frequent basis apart from National Hockey League playoffs.  Bravo did almost as well.  Had NBCUniversal promoted the availability of multiple net primetime more extensively before the opening ceremonies, I'll bet viewership would have ratcheted up even further.

Groundbreaker No. 2 was unfortunately the exception instead of the norm: the Spanish-language primetime coverage.  For several summer Olympics, Telemundo has limited its role to morning and daytime hours, despite an announcing and production team as good as the rest of the NBCUniversal lineup.  Sister Spanish net NBCUniverso finally moved its Olympics coverage into primetime, starting with a sensational Japan/Columbia soccer match the first Sunday night. Ratings were solid, contributing to NBCUniversal's best Spanish-language Olympics viewership and ad sales performance ever.  Again, if NBCUniverso, along with Telemundo, went whole hog with primetime coverage every night (including the opening and closing ceremonies live) and promoted the heck out of that, viewership and ad sales would have benefited in a tremendous way. Going forward, Spanish-language primetime coverage should become must-offer TV for every Summer and Winter Olympics.

Comcast cable subscribers with the X1 video-on-demand service were the beneficiaries of NBC's third Rio groundbreaker. At any time from start to finish, X1 offered a treasure chest of live and taped coverage from different Rio venues, plus video profiles of athletes, medal counts and other graphic statistics and a choice of camera angles from which to enjoy specific events.  Early anecdotal feedback suggests X1 customers gave this Olympic account gold medal marks.  I expect Comcast will explore other opportunities for providing this level of on-demand programming, while introducing some interactive features such as social media and 360-degree/virtual or augmented reality perspectives.

Whatever the stance on NBC's Olympic outcome in Rio, let's give management there credit for greenlighting all three initiatives. The common thread with all of them: Giving the public more ways to see these athletics and then choose how they wanted to watch them.  That's what NBC should keep in mind upon further review of how they'll treat their next trio of Olympics, all taking place in Asia with unfavorable time zones for live coverage throughout the U.S.

As for reaction to NBC's mixed Rio performance in primetime -- dominant against its broadcast competition (25-26 million viewers on average per night) but generally down from London 2012 and way down on some nights, including the opening and closing ceremonies -- there's plenty to complain about.  Yes, the coverage quality was uneven, with few new technical or content innovations.  Yes, there were too many long commercial breaks with the same commercials repeated over and over again.  On that point, NBC officials acknowledge that because of many events happening live, it was a guessing game on-site to start many breaks at natural stops in the live action.

And lest we forget, ratings down the stretch among the Millennial crowd plunged compared to other viewer demographics.

Before you conclude that the issue is all about Millennials swearing off linear TV or TV in general, keep in mind that at least half of the public or more now has a smart TV set or device like Roku, Chromecast, Apple TV, etc., and they increasingly are watching linear TV networks, plus ventures like Netflix, Hulu and Amazon, on the TV set, not the PC, smartphone or tablet.

Here's the bigger deal NBC should deal with: The lack of interest in the Olympics in New York, Los Angeles, Chicago and other major cities.  Of the top-rated markets for Olympics viewing, Salt Lake City ranked No. 1 with a 39 share of audience.  Denver ranked second, followed by Indianapolis, Austin, Texas and Columbus, Ohio. The only other major city in this top-20 snapshot: Washington, D.C. at No. 13 with a 32 share of audience.

Why the apathy in the big and many mid-size cities? Simple: Olympic sports are on the bottom of the totem pole in local year-round coverage by local TV stations, newspapers and sports talk radio stations. In many cases, they have no place on the pole. Here in New York, the only time Rio made waves on popular sports talk radio outlet WFAN AM/FM was the Ryan Lochte kerfuffle after his medal-winning performance.

It’s time for NBCUniversal to no longer take major market Olympics support for granted. Exercise some marketing muscle and promote these games in every way possible, everywhere from mass transit signage to local cable/satellite avails.  Then you might get some Millennials back in the fold by winter 2018.

Photo courtesy of Eduardo Berkowitz. The opinions and points of view expressed in this commentary are exclusively the views of the author and do not necessarily represent the views of MediaVillage.com/MyersBizNet management or associated bloggers.