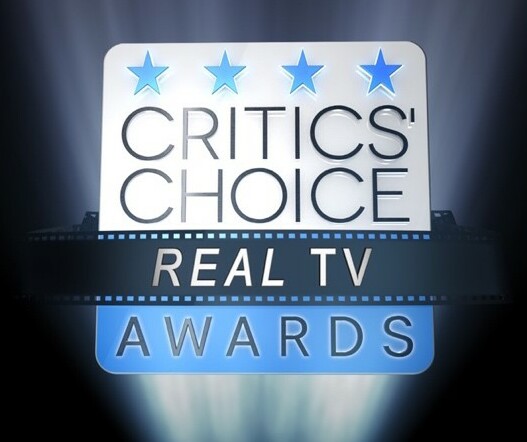 All Critics Choice Real TV Awards winners will be celebrated via a special press release and announcement on Monday, June 29.  Winners in two categories -- Female Star of the Year and Male Star of the Year -- will be chosen by fan voting, which is now open at criticschoice.com.

For the second year in a row, Netflix leads the network tally with 31 total nominations.  Netflix’s Cheer and VH1’s RuPaul’s Drag Race lead this year’s field with five nominations each.  Cheer is nominated for Unstructured Series, Sports Show, Limited Documentary Series, Male Star of the Year and Female Star of the Year, while RuPaul’s Drag Race is nominated for Competition Series, Ensemble Cast in an Unscripted Series, Female Star of The Year, Male Star of The Year and Show Host.

“Our nominees for the 2020 Critics Choice Real TV Awards reflect the broad range of dynamic unscripted content available on all television platforms,” said CCA TV Branch President Ed Martin.  “We are once again honored to bring much deserved attention to the best of reality TV -- a genre that continues to entertain and educate us all.”

“Each year of our joint awards program has presented a greater opportunity to highlight the breadth and excellence of nonfiction content, and its unique ability to reflect culture,” said NPACT Interim General Manager Michelle Van Kempen.  “We are proud to honor Jeff Probst for his important contributions to our industry, both in front of and behind the camera, and to celebrate the programming and the people who work tirelessly to entertain, inspire and spark important conversation.”

Probst is a four-time Emmy Award winner for Outstanding Reality Host.  He has traveled the world serving as both host and executive producer for Survivor.  This year marked the 20th anniversary of Survivor and its 40th season.

The Critics Choice Real TV Awards were launched in 2019 when the CCA (then known as the Broadcast Television Journalists Association) and NPACT joined forces to create a large-scale awards platform dedicated to giving the robust, ever-evolving unscripted genre critical attention and support. The awards celebrate programming across broadcast, cable and streaming platforms, and also recognize industry leaders with special awards highlighting career achievements.  Shows are eligible for nomination if at least three episodes premiered between June 1, 2019 and May 31, 2020 to at least 50% of the total potential U.S. television market.

Relationship Show:  90 Day Fiancé (TLC), Are You the One? (MTV), Black Love (OWN), Couples Therapy (Showtime), Love Is Blind (Netflix)