Netflix's "On My Block" Is a Multi-Cultural Marvel 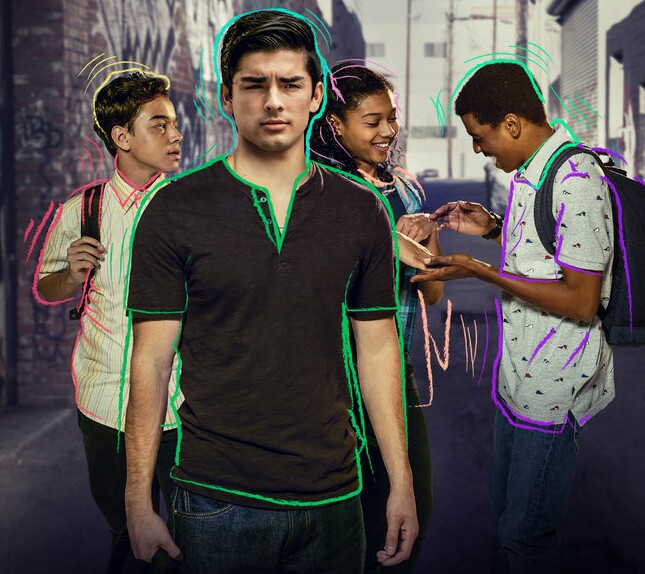 I recently caught up with On My Block, the Los Angeles-set coming-of-age comedy on Netflix that premiered to positive reviews among critics and audiences and was praised for its diversity and storytelling.  The reception was well-deserved ... and so strong that, less than a month after its debut, Netflix renewed the series for a sophomore season.

There is a medley of wonderful things about On My Block, from its spot-on casting and strong performances from its young cast to its sharp comedic writing and the overall diversity of the show.  Netflix is surely aware that cultural representation and diversity in entertainment are big talking points right now and it’s refreshing to see that they’ve maintained the creative spirit of the show by keeping every aspect as authentic and relatable as possible.

Young, diverse casts are not new, as networks like The CW and Freeform have catered their programming to teen and young adult audiences since their inception.  Shows like Degrassi, The Fosters and others are centered on young and diverse casts but On My Block takes it a step further by focusing their entire storyline on diverse multicultural kids as opposed to having one or two in the mix.  Other series that have successfully accomplished this include NBC's Rise, Hulu’s East Los High and Marvel’s Runaways; Netflix’s Dear White People, Freeform's grown-ish and the various series in the Degrassi franchise.

On My Block follows four young South Central teenagers during the summer before they enter their formidable high school years.  Monse (Sierra Capri) is the only girl in the group, a hardened but bright tomboy.  Ruby (Jason Genao) is the smallest but wittiest of the four, aspiring to be like his cool, college-bound brother Mario.  Jamal (Brett Gray) has a football-obsessed father who pressures him to play the sport, though Jamal has no interest in doing so and, to please his father lies that he is on the team.  Cesar (Diego Tinoco), the oldest of the four, is in a gang-affiliated family but keeps his distance from them to avoid trouble.  The four stars are supported by a colorful gallery of characters, from the out-spoken and overly-dramatic Jasmine (Jessica Marie Garcia), Ruby's hilarious pot-smoking abuela (Peggy Blow), Cesar's gang leader brother Oscar “Spooky” Diaz (Julio Macias) and the new kid on the block Olivia (Ronni Hawk).

“Don’t go into high school without backup,” advises Mario, Ruby’s older brother (played by Danny Ramirez).  “You guys have to stick together.”  The tight-knit group starts to crumble after Monse comes back from a summer-long writing camp and finds out that Cesar started a rumor about the two of them to impress his older brother, who was recently released from prison.  After Monse finds out that Cesar was “jumped in” (beaten as part of his initiation), she tells a reluctant Ruby and Jamal that they need to save Cesar from the gang life he has succumbed to.

Millennial and Gen-Z audiences want to see themselves, their experiences and their backgrounds represented in what they watch, as was made clear last month at the Multicultural TV Summit in New York City.  When one looks at the success of Black Panther, Coco and Love, Simon, it’s further proof that those are stories audiences want to see, as long as they are done authentically and executed well.

In more general terms, On My Block tackles the often-harrowing hurdles of our high school years, and problems that all teens go through, whether it's finding a date to the homecoming dance or navigating first love to the stress of juggling friends, family values and school while maintaining friendships that may inevitably dissipate.   One moment in particular that resonated for me was when Cesar had to keep up appearances with his brother, cousins and gang friends and had to play up the “machismo” at the expense of his friends, an issue many young men have to deal with, particularly with added pressure from their own family and peers.  I also identified with Ruby, the awkward, sensitive younger brother who is eager to fit in and make a name for himself in school, but with his preppier fashion sense and articulate way of speaking, he's practically a fish out of water in his urban neighborhood.

When watching the series, something that entrepreneur John Henry said at last year’s New York Latino Film Festival and Futuro Digital Conference came to mind: “There is no better time, in the history of ever, to be black and brown than right now.  Big companies are facing an incredible amount of pressure to be diverse because the jig is up!”

There is a heartfelt nostalgia that pulses throughout the series that similar shows may have missed the mark on. On My Block focuses on the intimate and relatable issues that its young heroes face: planning the much anticipated, right-of-passage quinceañera; struggling to find a date to a homecoming dance, or trying one’s best to keep friendships afloat when they seemed destined to drift apart.  The everyday problems Monse, Ruby, Jamal and Cesar face are not as far-fetched as they may seem.  At the end of the day, they’re coming across peer pressure, the stress of pleasing their families, upholding their heritage and culture, and keeping their friendships alive as best they can.  Isn’t that what we all want, especially during our young adult years?

The ten-episode first season of On My Block is currently streaming on Netflix.