Did You Hear? Netflix’s Stranger Things is Summer’s Hottest Show! 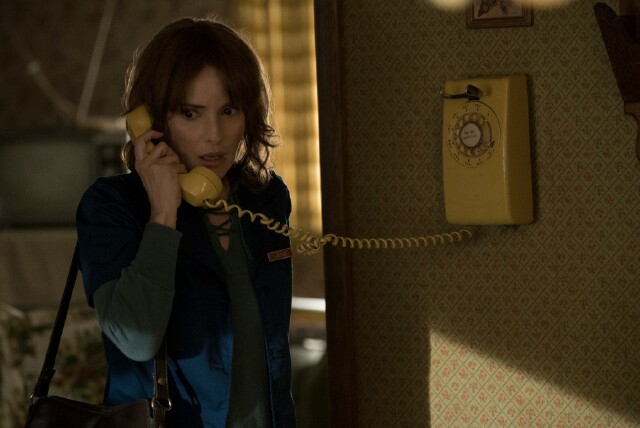 Following its July 15 debut on Netflix the online buzz surrounding the streamer’s summer hit “Stranger Things” has been virtually impossible to escape. The series created a social media firestorm, with viewers urging friends to tune in and everyone drawing comparisons to such ‘80s fantasy classics as “ET: The Extraterrestrial,” “Poltergeist” and “The Goonies,” among others.  Those comparisons were on point; even with its many scares the series is a loving homage to everything about that period.

Online word of mouth didn’t escape its cast either -- even those who choose to avoid social media altogether, like series star Winona Ryder.  She admits to being a “very private person” who doesn’t quite know how social media works and said needed help tuning her TV to Netflix to watch the series.  After her settings were disturbed, she relied on good old “face-to-face” communication as her barometer for the show’s increasing success.

“I've spoken to people that are really big fans of the genre and they really enjoyed it,” she said. “That's been great.  I certainly feel the response has been overwhelming.  Obviously, you work hard on something and hope it will find an audience or its niche, but I was really blown away.” (Ryder is pictured at top and below left with her young co-stars and, at center, series creators Matt and Ross Duffer.)

Even for the series’ younger, social media-savvy stars Millie Brown, Gaten Matarazzo and Caleb McLaughlin, the instant global acknowledgement via social media of a job well done was somewhat surprising.

“I was watching ‘Stranger Things’ and my phone just starting buzzing, especially from Brazil,” Caleb recalled. “I have an Instagram account -- The Real Caleb McLaughlin -- and they're like, ‘Oh, Brazil loves you!’  I was, like, ‘Wow, they really do love us!’  I posted ‘I love you too, Brazil,’ and it got 3,000 likes. It's crazy.  So, I love Brazil now and I want to go there.”

“The reaction from the audience was phenomenal and we're very thankful for the support and obviously for our fans,” said Millie. “The Strangers, I think they’re called -- but don’t quote me.”

“Yeah, I said, ‘Thank you’ in Portuguese and I got, like … whoa, whoa, whoa,” laughed Gaten, making cheering noises.  “I just used Google Translate. Like, calm down, guys!”

Netflix has yet to officially announce a second season of the series.  Asked about this the other day at TCA, Netflix Chief Content Officer Ted Sarandos replied, “There are so many people falling in love with Season 1, and people who haven't seen Season 1 yet. Let's focus on Season 1 right now.”