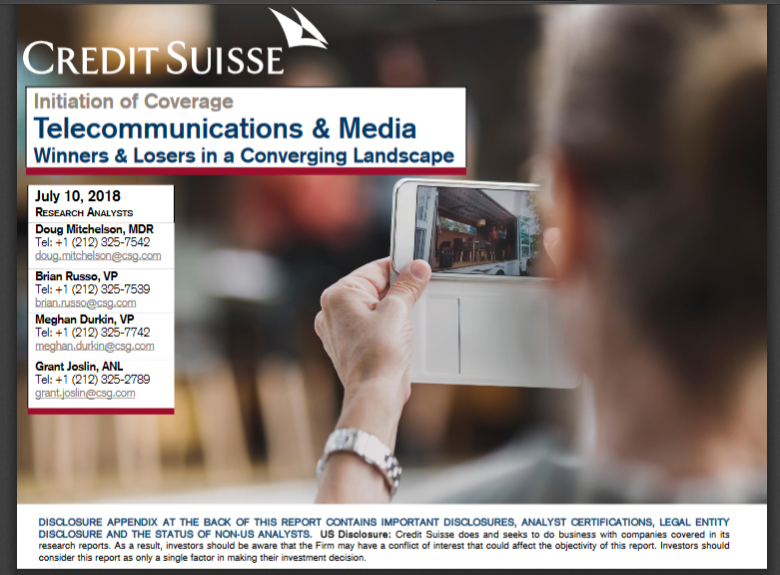 Among the influences tracked by CS is the 2018-19 network television Upfront economy, which CS suggests is tracking very strong, while questioning how long advertisers will pay high single digit price increases for declining ratings.