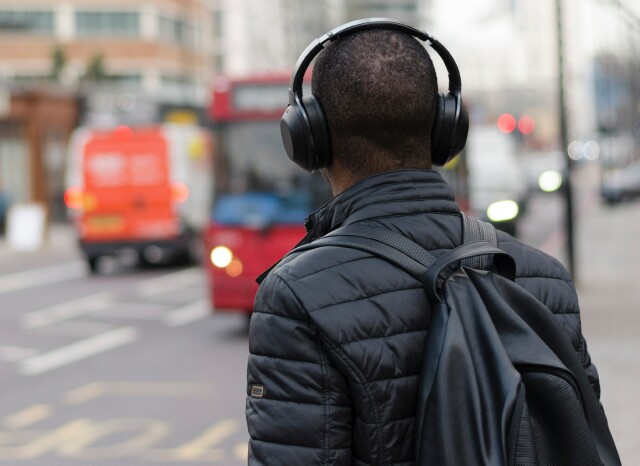 Understanding the different permutations of an audience -- their behaviors and preferences -- is pivotal to the success of any venture. That's why NPR, in partnership with Edison Research, crafted a study designed to fully segment not only NPR's audience specifically, but the radio audience in general. The result is their recently released Radio: Live on Air and Everywhere, which explores the radio landscape and teases out six specific and unique radio audience segments, matching them to NPR, to AM/FM radio listeners and even to television. "Most people believe that ads are a fair trade for their listening time," shared Megan Lazovick, Vice President of Edison Research. "They understand the value that they're getting through radio in exchange for listening to a few ads. We asked specific questions to NPR listeners, and a key finding is that NPR listeners are very open to sponsorship members' messages."

Why Conduct the Study?

"We really wanted to take a fresh look at the radio platform and the role it plays in people's lives, particularly to help media buyers," explained Susan Leland, NPR's Associate Director of Audience Insights. In an increasingly digital world, it was important to prove out that radio is still very important. And it is.

The current state of radio is, in fact, robust. "Radio consistently has the largest reach of any media," Leland noted. "It was 88% in the latest Nielsen data, just ahead of smartphone apps. It also counts for the largest share of audio listening, and when in the car, radio counts for the majority of listening time." In addition, Edison Research found that 63% of Americans listen to AM/FM radio each day.

For NPR in particular, this study comes at a momentous time. "This spring, NPR celebrated its 50th anniversary, [so] we have a great legacy in the radio space," explained Lamar Johnson, Vice President of Marketing for National Public Media, NPR's sponsorship division. "Part of that legacy involves having an understanding of the radio listenership and the audience. It is an ongoing objective for us."

One of the major takeaways from this study is the clear delineation of the radio audience into six distinct and unique segments (noted below), each with their own preferences, demographic skew and behavioral patterns. "One of the interesting things about the six groups and the spectrum is that the more engaged group is, the more open they are to advertising," said Leland.

Radio Heads are super fans who essentially use radio for everything. They are more likely to be female under the age of 54 and over-index among Black people. They listen to all formats on all platforms and spend more time with AM/FM than any other segment. Not only are they advertiser-friendly, they have the money to spend to purchase products and services because they have high employment, higher education and higher average income. Radio Heads represent 9% of all radio listeners.

Connection Seekers use radio as a way to connect and understand. They tend to be older women and are the second heaviest users of the medium. They gravitate to the spoken word, tend to listen at home and are also very advertiser-friendly. They represent 16% of all listeners.

Infomaniacs skew male. Their listening is driven by news. They tend to listen in the morning, prefer the spoken word and gravitate to formats such as news, sports, personalities and talk. They index high for NPR listening and are open to advertising and sponsorships. They represent 18% of listeners.

Rhythm Rockers listen primarily to music. They are heavily younger female, Latinx and of lower incomes. They are more likely to stream, but AM/FM is king in the car for Rhythm Rockers. They represent 27% of all listeners.

Laid-back Listeners listen to radio in the background. They tend to be age 35+ and are radio-centric, preferring to listen on traditional platforms rather than streaming. More than half of this group listen to ads and prefer music over other formats. They are 17% of all radio listeners.

Habitualists listen to radio when it's the only option available. They also skew 35+ and are not that interested in audio in general. Yet, more than half say that they listen to ads on radio, still spend three hours listening in an average week and would miss radio if it were no longer available. They prefer to listen on traditional platforms, not on streaming ones, and their preferred format is music rather than the spoken word. They represent 13% of all listeners.

For NPR listeners specifically, "You will find them in every segment, but they are particularly likely to be Infomaniacs, which are news-driven users, which makes a lot of sense and they also tend to be pretty heavy listeners," noted Leland. They're also more likely to be Radio Heads and Connection Seekers. "Our audience tends to be heavy listeners to radio. It keeps some listeners company throughout the day with the news, and especially the conversations. It's like having a friend in your house who's with you all day.

"The thing that most distinguishes the NPR listener on any platform is that they tend to be really interested in learning and have a sense of real civic engagement and responsibility," she added.

The heavier the listeners, the more receptive they are to advertising, but, according to Lazovick, all segments of radio listeners -- even those who are less engaged -- are open to it. "They are getting exposed to advertising," she said. "They (may not be) as engaged, but they are still there [and] they're still open to the messaging, just not as intensely as other segments. The more engaged a group is with radio, the more likely you can influence them with the advertising.

According to Leland, "We asked people on the survey about actions people have taken as a result of hearing advertising, and we saw that the more engaged a listener is, the more likely they are to say that they considered a product and purchased a product because of an ad they heard on the radio," Leland noted.

"Because we know NPR listeners tend to be that more engaged listener, their numbers are higher in terms of those same questions about gathering information about a company product or service, purchasing things, recommending products," Lazovick added. "They are more likely to have done that than the average AM/FM radio listener. The numbers are high on both sides, but NPR listeners are a bit higher." Local advertising in particular can benefit from a radio presence.

When it comes to attracting a focused consumer, advertisers are strongly advised to turn to radio. Even compared to television, radio shows superiority in terms of focusing attention. "When we watch TV, most people these days are doing it while they're distracted with another device," Leland asserted. "They may be watching streaming that doesn't have any advertising, and they may be watching broadcast and avoiding the ads by switching to their smartphone. But when people listen to NPR content, they really are engaged. We find that people are much less likely to multitask when they're listening to our content, in part because they are less likely to multitask with other media. They're going to be multitasking other ways -- doing chores, cooking dinner, going for a walk -- but they're not going to be trying to listen to a conversation on Fresh Air and watch TV at same time."

While broadcast radio declined early in the pandemic as lifestyles were abruptly disrupted, it is now on the upswing and getting back to normal. "While we saw people shifting away from broadcast radio, we also saw more people tuning into station streams," Leland noted. In fact, NPR's listener hours on streams were up from last year. Leland explained that as Americans get back into their cars and begin commuting again, we are optimistic that there will be a strong return to AM/FM listenership. Leland also notes that “the Radio Research Consortium just recently reported that in-car listening was up again in May, the second month in a row that in-car listening surpassed in-home listening since the pandemic lockdowns began, a good sign that the audience is returning to pre-pandemic listening habits.”

"In early 2021, we conducted an online survey of over 1500 interviews of adults age 18 and older," said Lazovick. "All respondents reported listening to AM/FM radio (traditional or streamed) in the last week. Then we weighted that data to match the sex, age and ethnicity of AM/FM radio weekly listeners from the Edison Research Infinite Dial report. And as we mentioned, we did a segmentation analysis to better understand who radio listeners are, grouping listeners based on their motivations for listening and their engagement with what they hear. We followed up with in-depth interviews with radio listeners. We interviewed fans of radio from all over the country over Zoom and we made sure we represented listeners from each of the six segments identified in the survey."