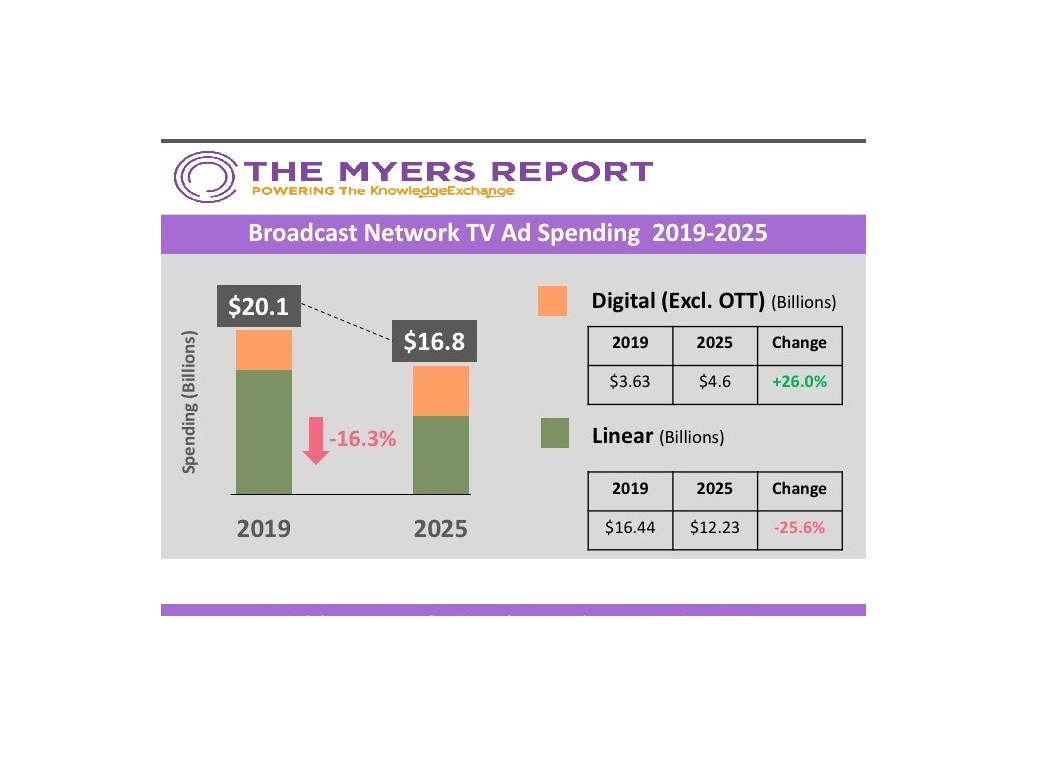 The billions of dollars invested in quality content by legacy media companies is being rewarded not by increased investments in advertising, but by a drive toward commoditization and a transfer of media buying from marketing management to procurement oversight. The media economy is being weighed down by an explosion of commoditized digital inventory, reflected by the oft-quoted "linear dimes replaced by digital pennies" reference. The new reality for broadcast network television is linear dollars replaced by digital quarters. 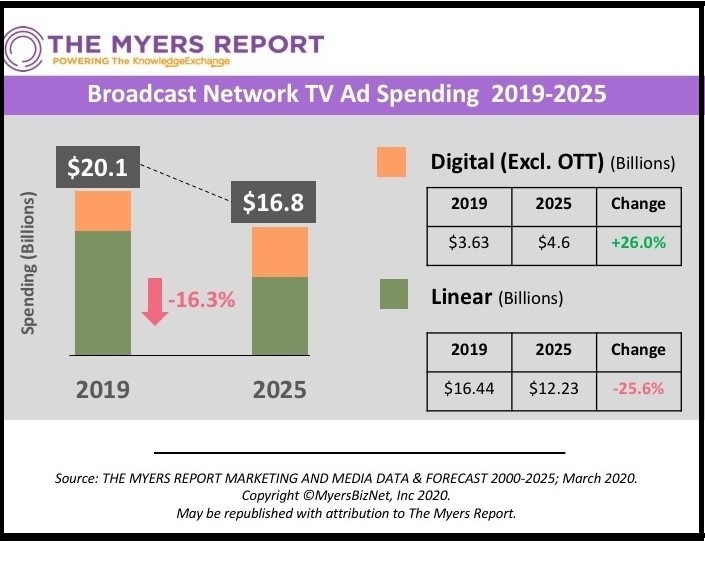 Algorithmically biased and efficiency-based media commoditization is projected to drive down network cable TV ad investments by 25% in 2025 compared to 2019. Linear revenues are projected by The Myers Report to decline by more than one-third from $26 to $17 billion, with 22% digital growth replacing only $3.2 billion of lost revenues 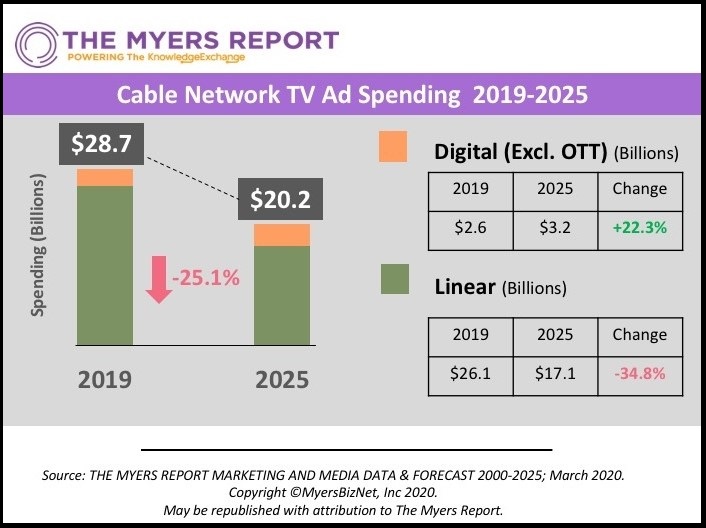 The dimes-for-pennies analogy is more apt for consumer magazines, which The Myers Report forecasts will lose almost $3 billion in annual legacy print ad revenues by 2025, replaced by only $500 million from digital, translating each dollar of lost legacy revenues into 15 cents. 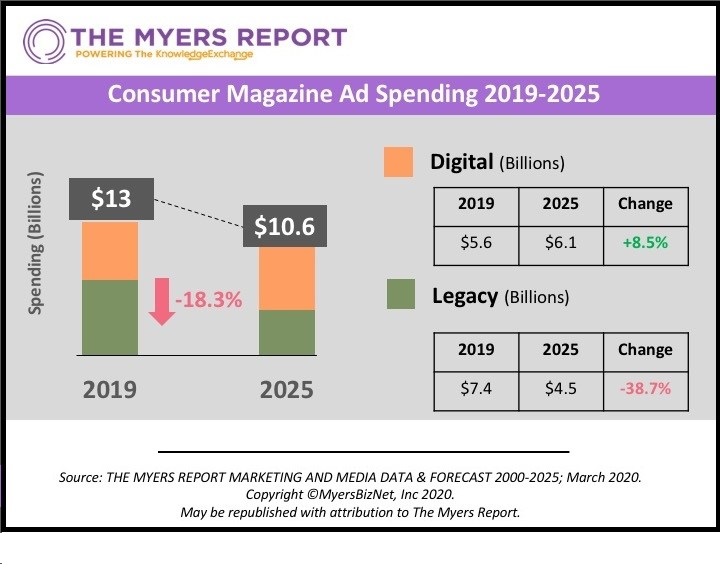 Ironically, among the hardest hit by digital commoditization is banner advertising, which The Myers Report predicts will decline more than $2 billion in 2025 versus 2019, impacted by an inventory glut and increased availability of cost-efficient video impressions.

With overall ad spending increasing, as reported by The Myers Report, where's the growth being generated? Our next report will focus on categories most benefitted by digital commoditization and those that are best navigating the shift. 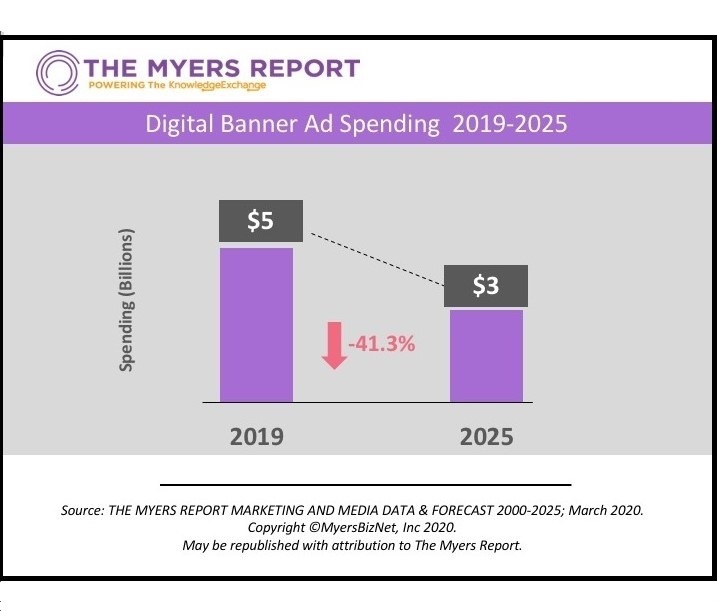 For more data and analytics visit www.MyersReport.com. The Myers Report's detailed data and forecasts will soon be available to MediaVillage member companies at www.MyersReports.com. Members may contact maryann@mediavillage.com to request password access.