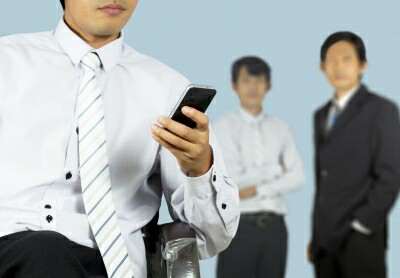 BETTER BET: TELEPHONE OR TELEGRAPH? That was the debate among investment bankers at the turn of the century. A significant portion of the population preferred the written word. They liked the formality, pause and thought of the written word. The telephone didn’t let you take back or erase words you regretted.

As the telephone was funded and adopted, extroverts embraced the technology. Extroverts enjoyed talking for hours. They preferred to express themselves spontaneously, passionately.

Extroverts love group think, brainstorming, team playing, drama in the conference room, public speaking and spontaneity. The phone is made for them.

Here are the stats, quoted from a CNN report: According to a 2011 study from the Pew Internet and American Life Project, 31% of American adults prefer text messages to phone calls.

Not surprisingly, younger adults are especially likely to use texting. According to Pew, "Cell owners between the ages of 18 and 24 exchange an average of 109.5 messages on a normal day -- more than 3,200 texts per month. And the typical or median cell owner in this age group sends or receives 50 messages per day (or 1500 messages per month)." -- CNN.com

NEW BOSS. The workplace divide is now talkers vs. texters. Talkers vs. writers. Group thinkers vs. lone wolves. The kings of the workplace today are the ones who could command a room and grab a phone. That time is ending.Thanks to new communications platforms such as texting, people who were challenged to speak in a meeting or on stage have a new method of communicating their ideas at work.

MYERS BRIGGS. Myers Briggs is a test used to determine personality types and quickly identifies introverts and extroverts. Katie McMenamin who runs the Myers Briggs based pixiesdidit.com first explained that introverts control the future of business. That is a seismic shift in the workplace. (Katie also suffers from being my wife.) Progressively, the written word is the dominant form of instant communication, those who prefer it to speech will excel. You can find out for free whether or not you are an extrovert or introvert, or in between, by taking the free test at pixiesdidit.com .

“I DON’T READ MY E-MAIL.” You may know the CEO who proudly proclaims that he/she never reads e-mails, doesn’t know how to text and is just not interested in doing things online until “I can put a toll on it.”

Those old school execs are able to thrive in the world of extroverts and talkers. They do not know how to communicate with texters. Texters and e-mailers put a premium on the written word. Their e-mails and texts are thoughtful and properly punctuated. Introverts write e-mails like this:

“Dear Joe: Thank you for the invitation to lunch. I would love to see you. Could we please meet at noon at the Red Lobster? I look forward to it. Mike.”

An extrovert, used to communicating verbally, would write the e-mail like this:

WEB STARS AND RADIO STARS ARE INTROVERTS. An interesting fact about radio stars is that they are shy as hell. They thrive working alone in a room where they have absolute control of their environment. They hate to meet new people.

Look at Web stars like Communitychannel, Ray William Johnson or Sxephil. They are working alone in a small room and enjoy an audience of billions . Put them in a professional studio and most web stars freeze. They would be challenged working on a film or TV set. But web stars have more viewers than most TV shows or movies. They are stars. Introvert stars.

RESPECT AND BALANCE. To build a powerful, effective team it is necessarily to balance the workforce with introverts and extroverts. The quiet person in the meeting is a team player. They are in the room, thinking and writing. They don’t jump up and down, raising their hand in meetings, because they don’t have the wiring. But they have ideas and skills. What are you paying for, gymnastics or profitable contributions?

Walter Sabo is the Chairman of Sabo Media, a company that offers executive-on-demand services.

He has worked on-site to build out new digital content platforms such as Sirius/XM. His team was the first to discover the marketing clout of web stars, Internet organic video producers. They founded OMMA award winning HITVIEWS. The company placed brands such as CBS, TiVo and Mountain Dew inside UGC. In FM broadcasting he is a leader in the profitable sector of FM Talk and held executive positions at NBC and ABC Radio. He can be reached at walter@sabomedia.com.