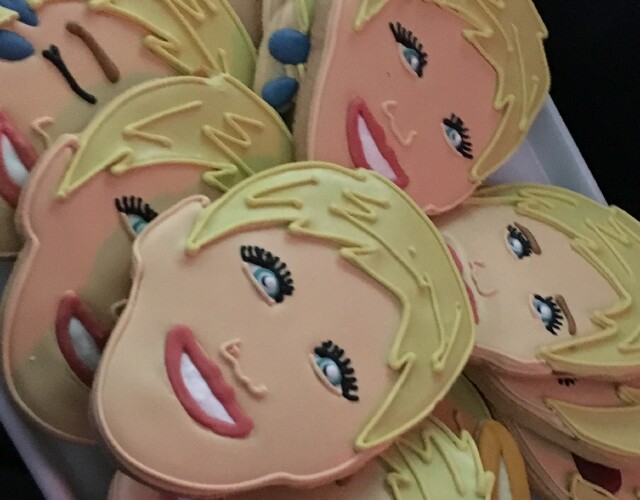 Despite reducing the annual round of Digital Content NewFronts in New York from two weeks to one this spring, some digital content makers continue to stage events apart from the announced timetable. Ellen DigitalVentures, the Warner Bros.-backed operation co-founded by Ellen DeGeneres, WB’s expanding digital networks unit and attorney Kevin Yorn, has gone this route the last few years, and did so again this past Monday afternoon

Venue:  Inside a modest building near Times Square.  The presentation area included a small video slot machine and a “rain room” where you could video yourself getting confetti to rain down on you.  One of those things you have to see to believe. Grade: 3 Jacks

Presentation: Here’sadigital space worth checking out because it’s got quality content, a huge viewership base (248 million fans) and a safe advertising environment, General Manager (and former ABC Family president) Michael Riley emphasized over and over again.  “Our platform is organic and powerful, bringing together artists, massive social reach with video (and apps) and, most importantly, creating a home for all of our fans to connect with our content and brands in a safe, fun, positive environment,” Riley declared.  “Our goal has been to make people laugh and to touch people’s hearts. This is the piece of ourselves in everything that we do.”  From there, Riley let video clips and celebrity testimonials detail EDV’s value proposition.  Grade: 3.5 Jacks 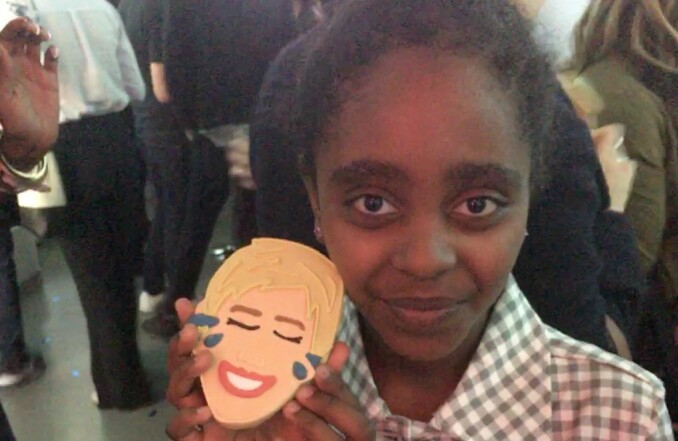 News:  Popular TV/podcast host Hannah Hart will offer a new series this fall (subject matter forthcoming).  A rare move into animated series programming will be another fall season highlight, matching Ellen-style comedy with commentary on topical issues.  Other new series include Help Me Dance, where Twitch, the DJ from DeGeneres’ syndicated daytime hour, visits people around the country to get their grooves on before a big event in their lives, and a forum for Ellen regular Kalen Allen.  Especially moving?  The announcement of a platform being given to help raise the voice of 11-year-old Naomi Wadler (pictured above), who wow’d the nation with her poised anti-violence speech at the student March for our Lives.  Grade: 3.5 Jacks

Star Time:  Kristen Bell, co-star of NBC’s The Good Place (which received a Peabody Award nomination earlier this spring), showed up on video to tout the second season of her EDV series momsplaining.  The first season drew more than 100 million views.  Hart hit the stage when her series was announced but said little about it.  Allen and Wadler waved from above, then joined the crowd after the presentation.  As for DeGeneres, she also put in a taped discourse.  Grade: 2.5 Jacks, which would have been upped to 4 Jacks if DeGeneres and Bell were live in person.

Overall Grade:  3 JacksEngaging presentation that inspired the crowd on hand.  Having Ellen live in person and more detail on individual new series would easily jump the grade at least one Jack.