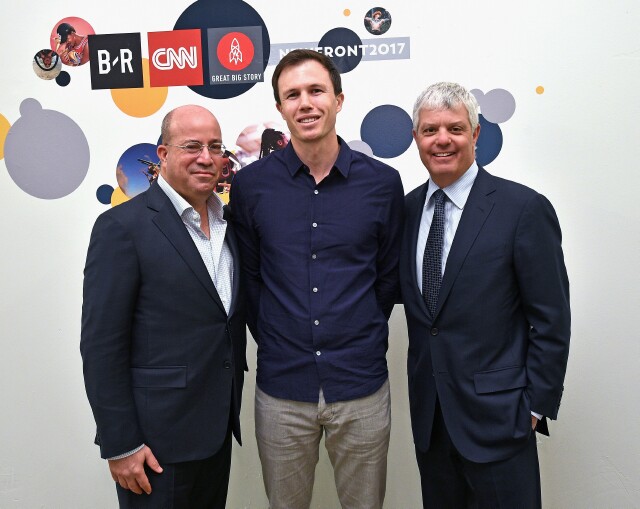 Venue:  Skylight Clarkston North, the same venue that housed AMC Networks' gala last month. This time, when guests came up to the second floor by stairway or freight elevator they entered an exhibit hall as effectively realized as a similar space in an outstanding museum.  Think the Museum of Natural History for one.  With "Experience Everything" as the theme, guests first went through a "hall of screens" where a circle of video clips widened when guests pressed against the screen.  From there, the experiences ranged from a replica of the White House briefing room (right down to the chair arrangement), a wall of CNN political factoids featuring a countdown clock to the 2018 midterm elections, and Bleacher Report-provided trivia and demonstrations.  Visitors gathered around two main stages -- one for CNN/Great Big Story and the other for Bleacher Report. Turner should seriously consider taking this exhibit hall around the country. Too beautifully done not to be seen by the public. Grade: 5 Jacks 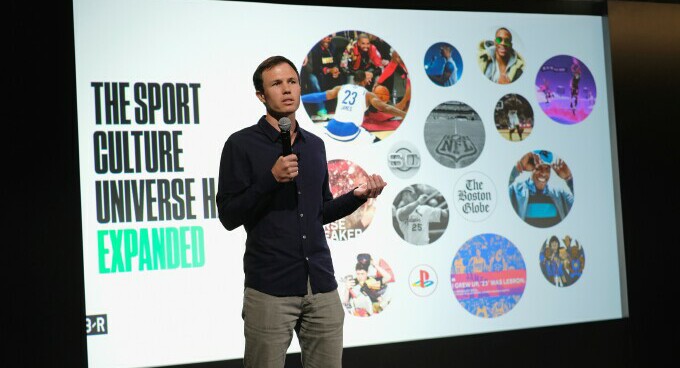 Presentation:  Divided into three sections, each one focused on a specific project.  Bleacher Report led off, touting its ability to offer comprehensive background on the sports world in a fun way. "Young people have a low tolerance for content not relevant to them," said Founder and General Manager David Finocchio (pictured above).  "We're out to document a big deal ... a big cultural movement."  CNN Worldwide President Jeff Zucker (pictured at top with Finocchio and Turner President David Levy) emphasized his digital venture's ability to stay both on brand and be relevant to young news junkies.  He used the time set aside for Great Big Story to interview Casey Neistat (pictured below with Zucker), the outspoken YouTube content maker (prior to his turn at YT's own NewFront that evening).  While the format was engaging, it was marred by sound issues throughout and a big mistake at the start -- not telling attendees (largely standing) where to center their attention.  As most eyes were directed at the CNN/Great Big Story platform, Finocchio made his remarks at the Bleacher Report stage to the left, where few people were watching. Result: Finocchio was projected on the CNN stage. That, plus low volume when Finocchio didn't use a microphone; then, when he did, it distracted many attendees and caused a buzz.  The buzz and sound issues continued when Zucker came on his stage, and didn't end until Neistat called (forcefully) for undivided attention.  "I should have called for you earlier," Zucker quipped.  It came off as amateur hour. Had an off-stage announcer told people where to look first, some of this would have been avoided.  Grades: 3.5 Jacks for the content; 1 Jack for the acoustics fiasco. 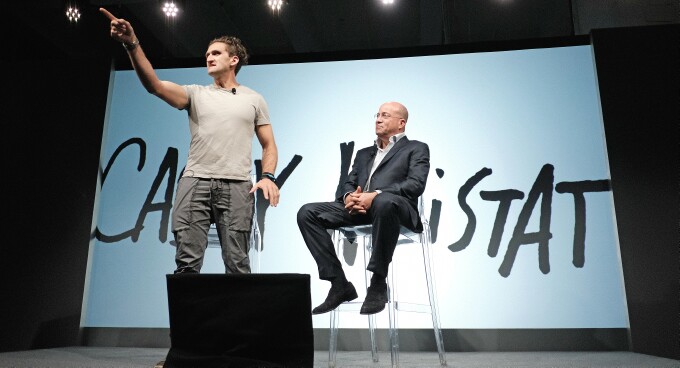 News:  Great Big Story will introduce Spanish-language segments on a regular basis this fall, focusing on specific Latino communities and issues. Another fall attraction will be coverage of the annual TED Prize, encompassing one or more Web docuseries, a podcast and special for linear presentation on CNN. Neihaus gave few details about his CNN project, beyond calling it a non-traditional, platform-agnostic newscast.  Grade: 2.5 Jacks 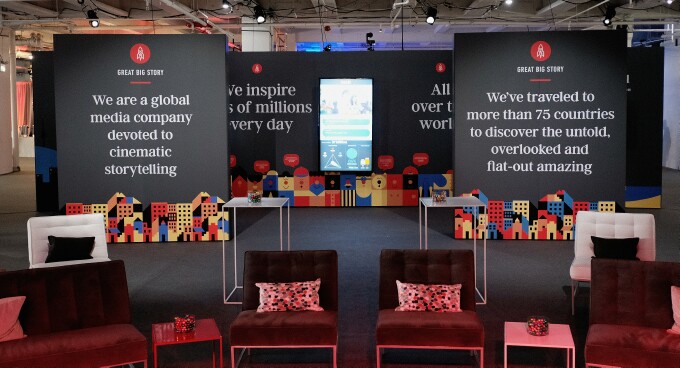 Host:  Engaging work by both Finocchio and Zucker.  Too bad much of it was tough to take in, due to the sound issues.  Grade: 3 Jacks

Data Insight:  Bleacher's audience engages with their content five times more than other social media (in a variety of ways), while Great Big Story is up 300 percent in viewership among adults 18-34.  Grade: 2.5 Jacks

Overall Grade: 2.5 Jacks A sensational, inventive venue and solid presentation was overcome by the worst sound quality experienced at an Upfront or NewFront in recent memory.

Next up:  Key takeaways from TV One's recent Upfront