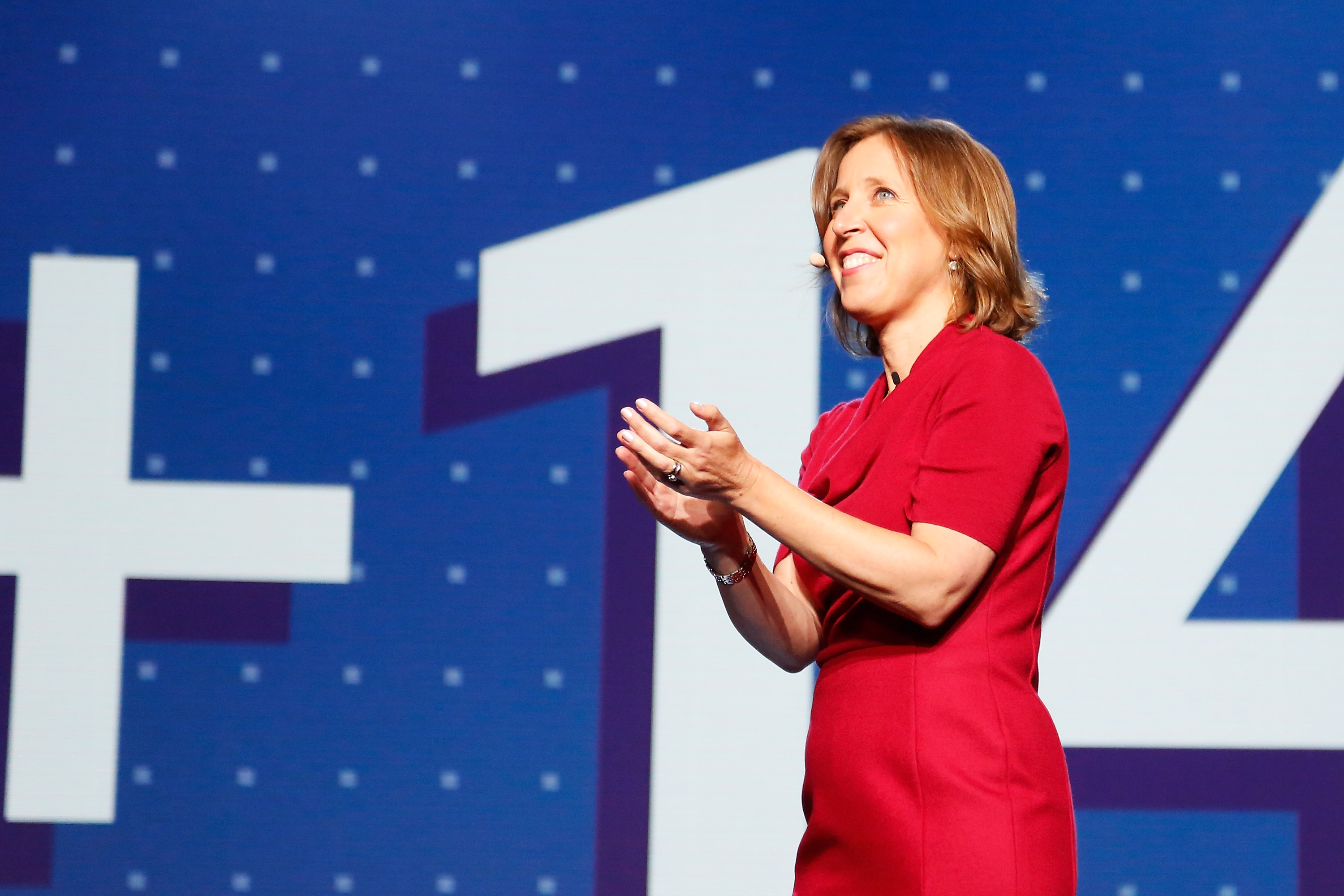 On the upside, when it comes to spectacular production values for an Upfront, a NewFront or any front, no company on an annual basis approaches YouTube. And when it comes to saying where you are, where you're going and who will take you there during an Upfront, NewFront or any front, the same is true. Did one or both general impressions change at YouTube’s event last week?  Let us see. (Editor's Note: This column also contains brief reviews of NewFront presentations by National Geographic and Digitas.)

Venue: The northern end of the jumbo-sized Javitz Center on 11th Ave., home the last two years to NBCUniversal Cable's Upfront extravaganzas. Getting in was like navigating rush hour on a two-lane highway, with a crowd of 2,700-plus attendees moving bumper-to-bumper in the left lane and more than 100 YouTube personalities strolling down the red-carpeted right lane in front of bleachers filled with noisy YouTube enthusiasts. (YouTubers Michael Huttlestone, Barry Taylor, Jamie Spafford and Ben Ebbrell are pictured left to right below.) Drinks and trail mixes were served pre-show.  The stage was big and free of excess trimmings, with a Cinerama-style backdrop that worked so well for NBC Universal Cable last spring.  Grade: 4 Jacks 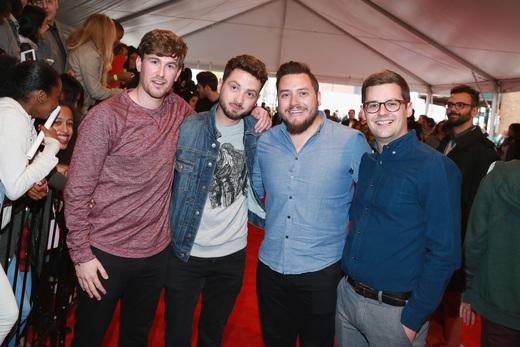 Presentation: All about the magnitude of YouTube's audience and current appeal of its content, right from the opening moment. Chief Executive Susan Wojcicki (pictured at top) welcomed all with the declaration that her organization reaches more 18-49 mobile viewers than any broadcast or cable network. "In fact, we reach more [of them] during primetime than the top 10 shows combined," she said. But for the first time ever in public, Wojcicki admitted how important distribution via smart TVs and connected TV devices like Roku and Chromecast (by parent Google) have become for YouTube. "We are the only video player that works across every single screen -- desktop, mobile, tablet, TV and now virtual reality headsets," she added. Most important, creators get "the freedom to express themselves openly, honestly, authentically," Wojcicki maintained. "It allows a new, diverse set of faces and voices to rise up. They speak their minds. They give their perspectives." With all that said and reiterated on stage by a group of YouTube producers/personalities, plus NBA commissioner Adam Silver and several advertising executives, the company’s NewFront tradition of not offering displays of future content, or showing off new talent, continued. In a surprising development, there was no mention of YouTube Red, the original, largely scripted content venture launched earlier this year. Not one word. Grade: 4 Jacks for execution; 0 Jacks for excluding YouTube Red. 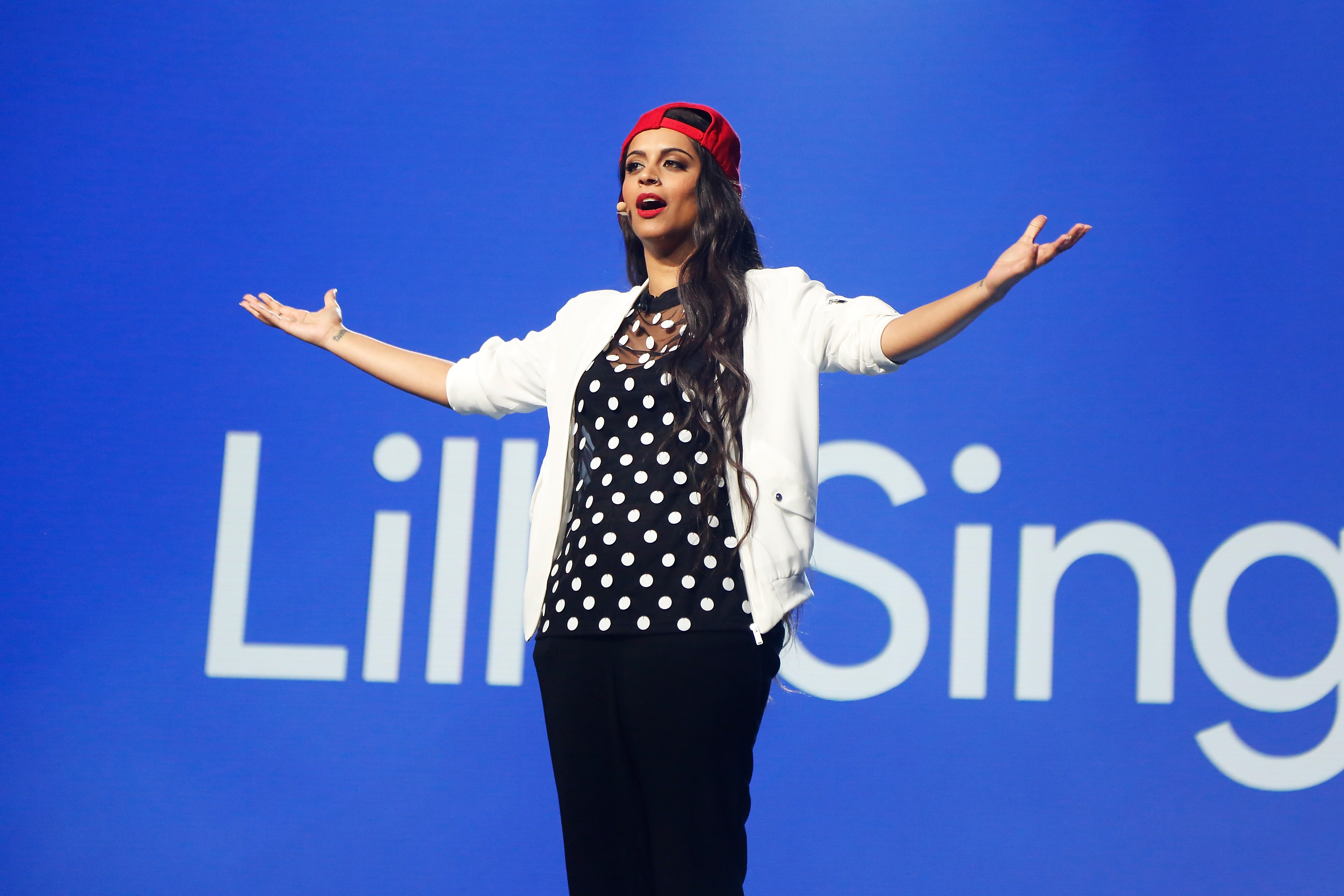 Hosts: Wojcicki is as proficient, smooth and poised as any other executive on any stage. Even a false fire alarm more than midway through the action (leading to a short exodus from the room by many attendees) didn't take her off stride. Co-host and YouTube megastar Lilly Singh (pictured above) was funny as well as perceptive. "If you remember one thing from me today, let it be this," she said. "You have more in common with everyone who will walk on this stage than you might think. The reason we're all here is because we all want to build connections with audiences that last a lifetime."  Grade: 4 Jacks

Star Time: Knockout performance by Andra Day, doing "Rise Up" accompanied by solo piano, choir and a great, inspiring backdrop. (Note: It was some smoke during this number that triggered the false fire alarm.) Another best-of-season nominee. Close behind was the closing number "Watch Me," performed by DJ Silento and a group of dancers, some of whom lined up around the audience as they performed. Grade: 4.5 Jacks

Cuisine: A la carte dinner in a separate wing of the hall, with some delectable treats contributed by YouTube’s foodies. Best chow-down: Veggie dumplings, sesame noodles and udon noodles with tofu. Worst chow-down: The crust of an otherwise fine sausage/spinach pizza slice (way too tough). More bartenders should have been used at the bars, where the wait to be hydrated was toooooo long. Grade: 3 Jacks (Note: Cuisine ratings do not figure in the overall Jacks score.)

Overall Grade: 4 Jacks The already high bar this organization sets on production values keeps reaching new heights. If only YouTube would offer significant details about future content and talent as part of its presentation. How can it not take advantage of the biggest Upfront/NewFront crowd around and deliver that detail?

Special Note: YouTube really has an edge over every other Upfront and NewFront presenter with its opening production numbers. This year's edition was an instant classic, highlighted by a montage of content milestones (with a moving array of the moments where people came out with their gender identity), hoverboard dancers and infra-red images.  5 Jack work.

Notes from the NewFront passing parade:

National Geographic may just be among the latest NewFront players to establish virtual reality studios. They are the first to declare that the content coming from that studio will be, in one Nat Geo exec's words, "anywhere and anyhow consumers want." Seems that comes over smart TVs, plug-ins and streaming sticks as much as all the headgear from Oculus, Next VR and their contemporaries.