News, Propaganda and Profits: A Warning to Americans From Down Under 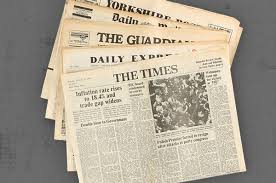 As the finale of an annus horribilis, New Year's Eve 2020 is likely to find pandemic isolated Americans at home, couch bound, and channel surfing through the celebrations around the world. Time zones and international datelines will sequence their shows, teeing up festivities in Australia as an early morning first. People would be wise to keep the Aussies tuned in. The sounds and lights over Sydney harbor aren't the only fireworks that will be worth watching down under in 2021.

The ideological battle lines for Australia's political pyrotechnics will be familiar. Former Labor Party Prime Minister Kevin Rudd and former Liberal Party Prime Minister Malcolm Turnbull are taking on Rupert Murdoch. The two usually contend as leaders of center-left and center-right parties respectively; this time Rudd and Turnbull are working together to warn that News Corp, Murdoch's media empire, is a "cancer on democracy." News Corp is formidable in Murdoch's original homeland. Its newspapers account for two-thirds of Australia's readers. The company's Sky News offers a gallery of rightwing commentators on cable and satellite as well.

Americans will find that the issues raised by Rudd, whose petition to create a royal commission to investigate Murdoch's operations got a half-million signatures, also have a familiar ring. As Rudd and his supporters put it, reliable, accurate and independent news is democracy's lifeblood and Murdoch's outlets peddle anything but. In addition to pushing climate change denial and anti-China themes as well as mounting virulent attacks on its competitors and critics, News Corp has concentrated unprecedented power that, they argue, endangers free speech.

Rudd's petition, the largest in Australia's history, has led its Senate to open an inquiry. Not surprisingly, Murdoch's news operations are slinging mud at the former prime ministers big time. On the issues, Rudd and Turnbull want to see tougher climate change targets for Australia, where devastating fires continue to threaten. But both also obviously see Joe Biden's presidential victory as the moment to confront Murdoch's influence as well as Scott Morrison, the incumbent prime minister. Morrison has doted on President Trump and advertised their bonhomie, earning approval from New Corp's scribes and presumably Murdoch as well.

That most Americans are likely only to glance at Australian political fight goes without saying, but they would be mistaken to think its issues only matter there. The corrupting effects of powerful media that operate hand-in-glove with political leaders are the same no matter where democracy finds itself. In Australia, Morrison and Murdoch are a team, Rudd and Turnbull explained last month. "The critical thing; you have to recognize," Turnbull said, "that News Corp is now essentially propaganda. It's a political organization that employs a lot of journalists." Coming from down under or not, the description fits Fox News to a tee.

Fox News, of course, is ending its four-year run as Trump's outsourced ministry of propaganda. Pilloried by late night comics as well as professional critics, the scorn for its sycophancy hasn't touched the company's bottom line. To the contrary, the network hasn't lacked for imitators. In fact, the competition has emulated News Corp's leading business model for years. From MSNBC, which has aped Fox's party-line propagandists with its prime time liberal commentariat, to CNN where White House shills leaven news panels to make debates look fair, the effort not only has failed to displace Fox's top spot in the ratings. It has validated the payoff and potential in ideologically molding, rather than just reporting the news.

Take the current question about the upstarts on Fox's right: can Newsmax and One America News Network (OAN) carve out a niche among Trump faithful, rightwing conspiratorialists, and the tinfoil lined MAGA cap crowd? Trump's endorsements have helped both networks. Newsmax scored a brief ratings' win over Fox in a key demographic in December after he encouraged viewers to abandon its faithless broadcasters. OAN has become the Alamo for his die-hard defenders, broadcasting debunked election conspiracy theories wall-to-wall.

The green eyeshade view, however, misses the point. It's not about the money. Just like down under, Murdoch's American network and its tie to Trump has created a market for outsourced propaganda that is redefining what constitutes news. Despite their susceptibility to its distortion and disinformation, viewers recognize the game. According to the Pew Research Center, nearly 80 percent of those polled last spring believe news organizations favor one or another side in presenting the issues. They don't blame the reporters: 83 percent told Pew the bias comes from the corporations themselves.

Wherever Trump will appear next year remains to be seen. One thing is certain. Like Murdoch's Australian media empire, his American ministry of truth has built a powerful and profitable collaboration with the White House. Expect version 2.0. Murdoch's spawn already is offering Trump and his would-be successors a range of choices to broadcast their messages, fabricated or not. Mike Pence, Mike Pompeo, Ted Cruz, Tom Cotton, to name a few, all have dutifully purveyed Trump's falsehoods. The welcome mats are out, as are their chairs on air.

The question for journalism and the country is obvious: will their appearances be treated as news or propaganda? The late Neil Postman, the critic and media ecologist, had a warning on that score 35 years ago. "The Bill of Rights is largely a prescription for preventing government from restricting the flow of information and ideas," he wrote in Amusing Ourselves to Death. "But the Founding Fathers didn't foresee that tyranny by government might be superseded by another sort of problem, namely, the corporate state which through television now controls the flow of public discourse in America."

That's why the warning from the Aussies matters. Murdoch may have read Postman and just maybe, Rudd and Turnbull as well.