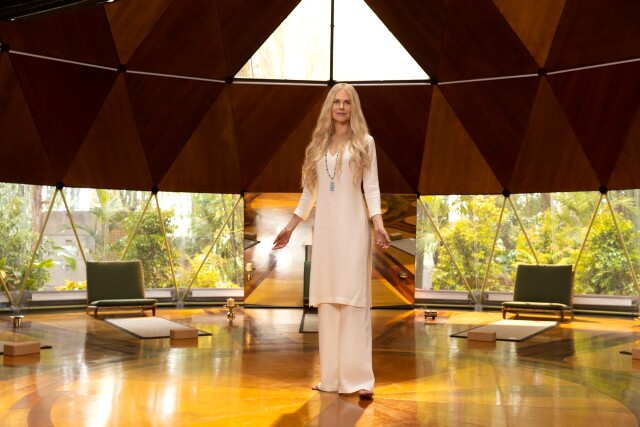 Nicole Kidman, along with an all-star cast that includes Melissa McCarthy, Michael Shannon, Luke Evans, Bobby Cannavale, Regina Hall, Samara Weaving, Melvin Gregg, Asher Keddie, Grace Van Patten, Tiffany Boone, and Manny Jacinto, returns once again to the limited series format with the debut of Hulu's highly anticipated Nine Perfect Strangers. Based on the bestselling book by Liane Moriarty, it centers on nine individuals invited to an exclusive yet mysterious resort to work on deep-rooted issues that are troubling them. After careful selection by Masha (Kidman, pictured above), the resort's director, these strangers are selected to undergo her "special brand" of treatment, which spans 10 days. Unbeknownst to the guests, Masha's methods are considered unorthodox, and that's where the real trip begins.

Not all the show's stars were perfect strangers before starting this project. The professional partnership between series creator and executive producer David E. Kelly and Kidman, for example, dates back to the first season of HBO's critically acclaimed Big Little Lies (2017) and continued through HBO's The Undoing (2020). The limited series format has clearly been kind to Kidman, who as an Oscar-nominated actor found success on the big screen. "For me, it's more like extended cinematic storytelling," she shared on a recent panel at the 2021 Summer Virtual Television Critics Association Tour. "I started off in Australia doing mini-series, which are the equivalent of limited series. I did a couple of small films but then went straight into mini-series, which is primarily how I became really well known in Australia. So, I've always embraced it.

"What I've done on television has always [had] only one director at the helm," she continued. "So, it's been their vision. I see it as an extension of film, just a longer version. I haven't done a show where you have different directors coming in and doing different episodes. I think now it's such a fantastic landscape because you have these writers and directors willing to work in this territory. Scenes from a Marriage was a limited series. It's not like extraordinary filmmakers have never worked in this territory, it's just becoming possible again in a huge way for all of us. People forget that that is a difficult art form in itself. With film, you have 90 minutes or two hours to tell your story, that's very different than trying to keep it compelling, intriguing and hypnotizing over a much longer time span. You have to be incredibly rigorous with it. That's why I've done four shows with David." 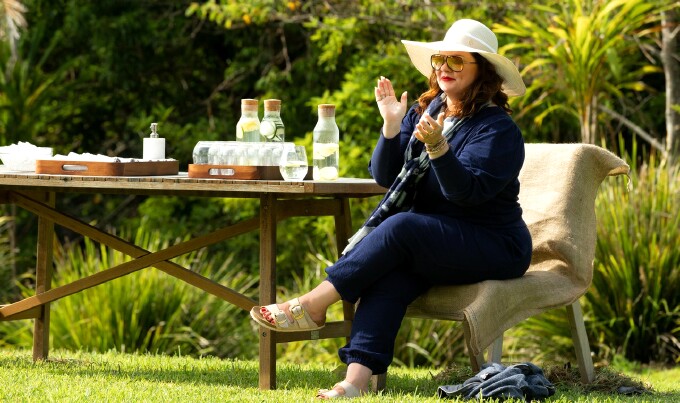 McCarthy (pictured above) also sees the advantage of limited series. "I think there's an amazing opportunity when you can play a character longer," she said. "You don't have to take everything out. You get a long launch pad for change. It's [having] the luxury of more time to tell that story and to show real change that's exciting for me."

Upon arriving at the Australian location McCarthy found one face who wasn't a perfect stranger -- Bobby Cannavale (pictured below). Initial episodes of the series called for dissension between their characters, territory that proved even more familiar. "This is our fourth project together," she laughed. "We either beat each other up (Spy) or kind of fall in love. Like, we're on a pattern of literally, physically punching each other or being in love. For me, I know it's Bobby. He's so funny and such a skilled actor. He's so present and you never quite know which way he's going to go. They're paying me extra to say this, but it's great when you have that kind of comfort level with somebody. You're not afraid to be embarrassed or feel dumb, you just go with it." 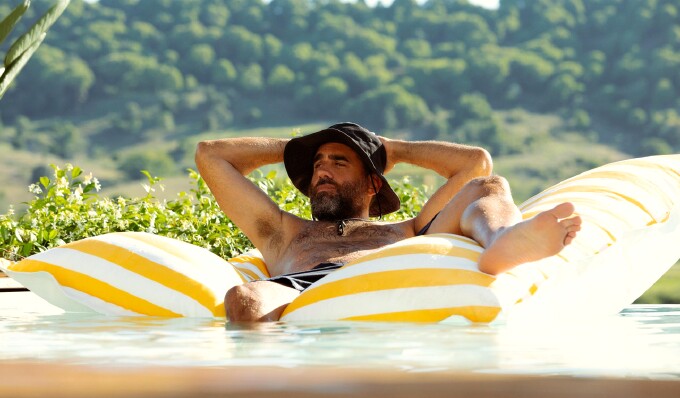 "Melissa likes to, on the side, talk to me about how much she wants to hit me in the face," Cannavale added. "She also likes to call me a jerk. After being asked, 'What cracks Melissa up?' I was like, 'I don't know why specifically, but I know when I do crack her up, she just goes, "You're a jerk!"' And I keep coming back for more, so maybe that's it.

"But I feel the same way," he added in earnest. "From the moment we met, you can't really put your finger on what it is. I know that Melissa is well-prepared. I try to be before coming to work. We don't do a lot of talking about it. We usually get through a couple of takes, then we have fun. Most of the time it just feels effortless. I think that's a testament to the kind of preparation Melissa has, her work ethic, and the depth of her well. There's just so much going on in there and it's a thrill to be able to work with somebody like that."

One star of the series turned out to be both a challenge and a blessing -- the serene Byron Bay location that doubles for the fictional Tranquillum resort. "It was kind of extraordinary to all be shooting there and the magical quality of the environment," offered Kidman. "It was like one of those things where you walk in and you go, 'Is this real?' Then we existed in this dream state for almost six months -- kind of weird and magical. I'm a huge believer in using what you have to penetrate the show and the performance, and we were given that. Because of the pandemic we had all just arrived from different countries, all different sorts of quarantine places, and we suddenly bonded and had to do this show together."

"But acting between the [noisy] birds!" added Cannavale. "It was a reminder that we were in a completely different landscape, and a different world altogether."

"I was terrified of being attacked by bull ants," chimed McCarthy.

"But we can all still say, 'Go to Byron Bay,'" Kidman laughed in closing.