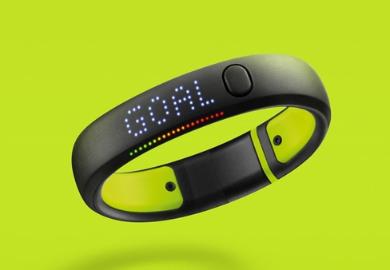 Nike recently discontinued Nike Fuel bands and fired a bunch of related staff. President and CEO Mark Parker said, "I think we will be part of wearables going forward. It'll be integrated into other products that we create, and then we'll look at expanding our partnerships to create more reach for the Nike Fuel and Fuel system that we have ... and the best way to do that, we think, is through the best partnerships that we can find." 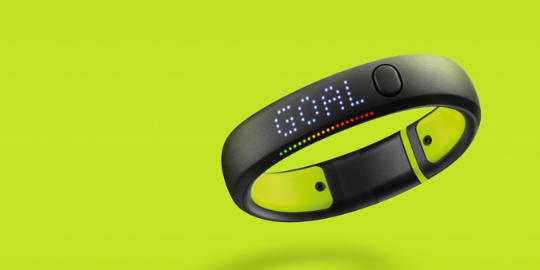 Nike may stand for excellence in sports and fitness, but Nike Fuel certainly did not stand for excellence in fitness tracking technology. Nike Fuel's unique combination of hardware and software was an experiment in fitness tracking, social fitness and self-assembling athletic competition. Sadly, Fuel points were an arbitrary metric that helped you accomplish nothing. The software was simple to use, but forced you to tap or click way too many things to create an emotionally satisfying experience. To be as polite as possible, Fuel is probably where it deserves to be right now.

I've been using a Jawbone UP (now an UP24) for almost a year. During that time I have lost over 55 lbs. by walking, eating a balanced healthy diet and getting enough sleep. I have quantified a good portion of this journey using the UP app. The data tracked includes: steps per day, estimated calories burned (resting and active), sleep (deep and light) and calories consumed (which I don't track with the UP app – I use MyFitnessPal for calorie counting). 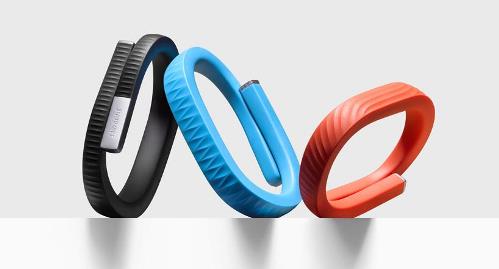 Through an aesthetically pleasing, but overly clunky UI, the UP app tells me what I need to know about my daily activity. Sadly, this information is only available via my mobile device (Android, in my case) so I must manually enter the information into an Excel spreadsheet to make it actionable. Not for the faint of heart.

More importantly, once you are trained to know how much exercise you need to do each day and what portion sizes you are allowed to eat to maintain or reduce your body weight, there's not much to quantify... is there?

Of course there is! While Fitbit, Jawbone UP, Withings Pulse, Polar Loop, Misfit Shine and other $100-$200 non-specialized, fitness tracking wristbands all have very similar features, they all help you understand how you spend your day. The bands use an accelerometer to track your movement and an algorithm takes a best guess at what those movements mean. This is where the process breaks down... its early days and these types of fitness tracking wristbands are technologically undifferentiated and the software leaves you wanting.

There are, of course, many specialized fitness tracking wristbands like the GPS enabled watches for runners by Garmin, Timex and Casio. Specialized wristbands with advanced features don't really fall into the general consumer "fitness tracking wristband" category. Yes, they track and quantify much of the same activities, but they do it at a semi-professional or professional level. And, most have far too many features to be used to simply track steps. 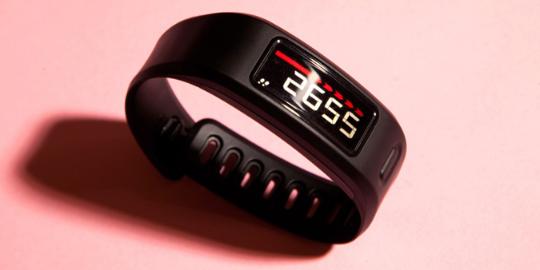 Social fitness is a common component of every fitness tracking wristband system. The UP app lets me assemble a team of friends. I have 25 team members. About half of my team has not used the app for months. When I asked some of them (via Facebook or email or text or actually in person) why, the answers fell into three categories: 1) It broke. 2) I used it for a while, but I didn't lose any weight. 3) I don't have the discipline to use it right, so I just stopped.

Then there's another smaller group that doesn't use it every day, but may use it on the weekend or for a few days during the week. Finally, there are a few (like me) who are fully committed to the program.

If I were to graph the curves, they would look eerily similar to other fad graphs such as the EST Therapy fad in the 70s, the Aerobics craze of the 80's, Beanie Babies in the 90s, iPods in the 00s, etc.

The difference here is that fitness tracking wristbands are not the final form factor. Apple has a patent for headphones that will take your temperature and measure your heart rate, there are all kinds of sensors and wearable computing tools just around the corner. The iWatch is coming soon as are several "next generation" wristbands that promise greater benefits and ease of use.