How Nissan Is Electrifying EV Sales 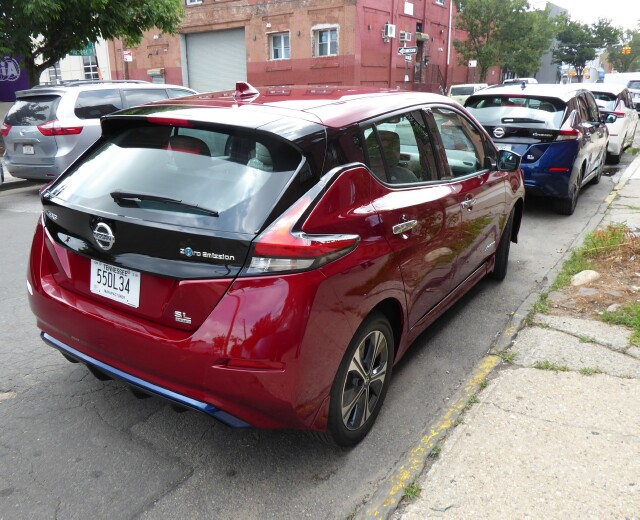 Red Hook, Brooklyn -- Nissan is going all-in on the international Formula E electric car races, and at its media event on July 12 in New York it paid off, with team member Sebastien Buemi finishing on the podium in third place.  His teammate, Oliver Rowland, was sixth.  Nissan obviously believes in the slogan “Race on Sunday, Sell on Monday,” and although the company can’t give consumers the keys to a Formula E race car it can sell an improved version of its Leaf electric, with 214 horsepower (up from 147 in the base Leaf) and 226 miles of range (up from 150).

At the media event there were several of those cars for journalists to drive.  Brian Maragno, Director of EV Sales and Marketing at Nissan, was on hand to tell us that the Leaf (pictured at top) is the bestselling EV of all time, with more than 400,000 sold.

But this was just one aspect of Nissan’s marketing effort in Brooklyn.  Just feet from the racetrack there was Converge, a very cool experiential pop-up art installation curated by Dustin Yellin, director of Red Hook’s Pioneer Works.  The public was invited to interact with such works as Jen Lewin’s laser-driven harp that was “played” by moving around a light circle, and digital artist Marpi’s work that inserted visitors into a virtual world.

It all made sense to Allyson Witherspoon (pictured below), who was appointed Nissan’s Vice President for Marketing Communications and Media in April.  For the “e-vent” anyway, she was focused on promoting Nissan’s big electric push, which will include at least eight new EV models (including a global crossover inspired by the 2017 IMx Concept) by 2022. 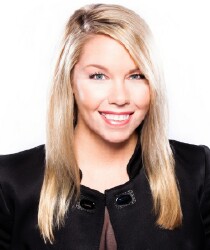 the driver’s seat.  The ad has been seen 9.6 million times on YouTube.

“Freedom to Move” is complemented by cinéma vérité spots that pair Leaf owners in cars with novices.  “We wanted Leaf owners talking about how the technology makes them feel,” Witherspoon said.  “It’s one way the voice of the consumer can resonate with EV intenders.”

Witherspoon said the spots are airing in high EV-intender markets, as paid media and pre-roll before content.  (Nissan is vigilant about ensuring the spots don’t end up attached to inappropriate content, she added.)  There are also quick-hit 15-second versions.  “Our data shows that many readers disengage from content after five seconds unless we really get their attention,” she explained.  “Humans have shorter attention spans than goldfish.”  (That’s not a joke. We actually do!)

Sixty percent of Nissan’s ad spend is on video, and 30 percent on YouTube, but Instagram and other platforms are also part of the mix. “We go where the audiences are,” Witherspoon said.

The Leaf is a “halo” model for Nissan, and the company’s ad campaigns focus on the core models. These days, that’s the Rogue (28,694 sold in June), Sentra (21,224), and Altima (16,548). Indeed, cars (as opposed to SUVs and trucks) are actually holding their own at Nissan, whose June sales showed a decrease of 14.9 percent compared to 2018. The turmoil at the top is undoubtedly a factor.

There are several different video spots for each core model, Witherspoon said, targeting different age and gender demographics. “There are many different audiences,” she said. “Our challenge is to find what those audiences want and give it to them.”

Before her current role, University of Missouri graduate Witherspoon was General Manager for Global Brand Engagement at Nissan in Japan, and it’s likely that familiarization with the mothership (and Japanese culture) has helped her rise in the company. She was also head of Marketing Communications and Media for Nissan luxury brand Infiniti, and Global Business Director for Volvo in Amsterdam. At ad agencies, she had BMW and Mercedes-Benz North America as clients. “I’ve loved cars since I was a little girl,” she said.

Since EV sales often fail at the dealer level, I asked Witherspoon if sales training was a focus. “Definitely,” she said. “It’s a very strong focus for Nissan starting this year.”