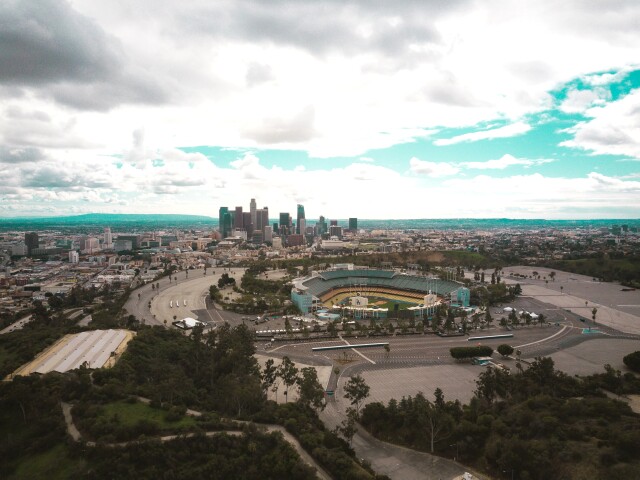 Surely, this was an April Fool’s Day gag?

AT&T on April 1 reached a carriage deal for Spectrum SportsNet LA, the Dodgers channel?  An agreement was reached after missing six seasons of largely top-flight work from ace Clayton Kershaw, the 2016 rookie of the year campaign of Corey Seager, and the MVP feats of Cody Bellinger last year?  AT&T finally inked an affiliate pact after passing on the network since its debut in 2014, a period resulting in six consecutive Dodgers’ postseason appearances, including two failed trips to the World Series?  Perhaps only one if MLB Commissioner Rob Manfred did the right thing and made the sign-stealing Houston Astros vacate the 2017 title.

Adding to the Fool’s Day feel, there isn’t any Dodgers baseball at the moment.

The Coronavirus pandemic, like it has for so many sports, has forced leagues to suspend play.  In the case of MLB, it has yet to throw the first pitch on its 2020 campaign, which had been slated to open March 26 with the Dodgers hosting their former New York City rivals, the San Francisco Giants.

But it is another Opening Day, and trades, which have always been part of baseball’s charm, are likely at the heart of this carriage tale.

The launch of HBO Max, the late entry by AT&T’s WarnerMedia -- the former teams singularly known at Turner Broadcasting, HBO and Warner Bros., before the telco’s $85 billion purchase of Time Warner in 2018 -- into the broad-scale streaming wars is nigh.

This being AT&T, HBO Max’s debut date in May has yet to be declared, unlike the forthcoming April 15 soft launch of sorts of Peacock, NBCUniversal’s ad-supported streaming offering, which will become available on parent Comcast’ systems on Tax Day.

AT&T leadership, in particular COO John Stankey, the heir apparent to Chairman and CEO Randall Stephenson, is looking to legacy distributors to help sell the service.  At $14.99 per month, it’s the same price as HBO, but Max will not only trade on the premium network, but also include Turner content and Warner Bros.’ vast TV and film library, plus originals created to appeal to mom, dad and the kids.

Charter can provide an assist -- taking a cut, of course -- by offering HBO Max, which is more expensive than Netflix, Hulu and Disney +, to its video and broadband subscribers.

But in what figures to be the player to be named later department -- and in the short term where the real money is -- one can expect the teams to soon announce that Charter has reached a renewal for Turner’s portfolio of cable networks, notably TNT, TBS, CNN and Cartoon Network.

According to a recent research by Craig Moffett, analyst at MoffettNathanson, Turner’s cable networks tallied 53% of WarnerMedia’s earnings before interest and taxes in 2019.  While the cable ratings landscape has been charred by cord-cutting and the ascent of the streamers, it will be interesting to see whether the value of Turner’s high-profile brands maps out.

Moffett in the note wrote that Turner has not signed any major carriage pacts since 2014-15, when it inked deals with Comcast, Dish, Cox, Time Warner Cable and Charter. Under an assumption of five-year renewal cycles, “all of those deals will now be coming up for negotiation.”

In the Charter dugout, license fees from AT&T’s team will help ease the financial burden with the Dodgers channel.  The cable giant inherited the 25-year, $8.35 billion deal with Guggenheim Baseball Management, the Dodgers owner, when it bought Time Warner Cable in 2016.  Under the pact, Charter handles distribution for the regional sports network and looks to make its bones by scoring carriage pacts with other affiliates.

The problem: many distributors, notably DIRECTV, balked at the pricey service, which only offers live action seven months of the year, if you count spring training.  That has left many Angelenos on the outside looking in of what has been a very impressive run by the Dodgers on the field.  While Guggenheim Baseball and the Dodgers have gotten paid, Charter has been left to bridge the red-ink distribution shortcomings.

Soon, the AT&T platforms, notably streaming vehicle AT&T TV, which the company expects to become its video workhorse as DIRECTV has been bleeding subscribers, will be shelling out license fees for the Dodgers network.

Presumably, having the National League-favorite Dodgers, featuring Mookie Betts, the former Boston Red Sox stalwart acquired in an off-season trade, will help draw many customers to the new streaming platform.

AT&T TV and AT&T Now, the former DirecTV Now, will begin offering Spectrum SportsNet LA, and its current lineup of originals, studio fare and recent marquee matchups on April 8.  DirecTV and U-verse will follow suit when the MLB season begins, making the Dodgers games available to those customers in Southern California, Las Vegas and Hawaii.

Of course, that’s if the pandemic allows anyone to play ball.  Dodgers fans, whether on Charter’s Spectrum systems, DirecTV, U-verse, AT&T TV and AT&T Now, or other distributors, may never get to see the star outfielder in regular-season form on Spectrum SportsNet LA.  Betts can become a free agent after the 2020 season.