“Nobodies” is Perfect for Melissa McCarthy’s Return to TV 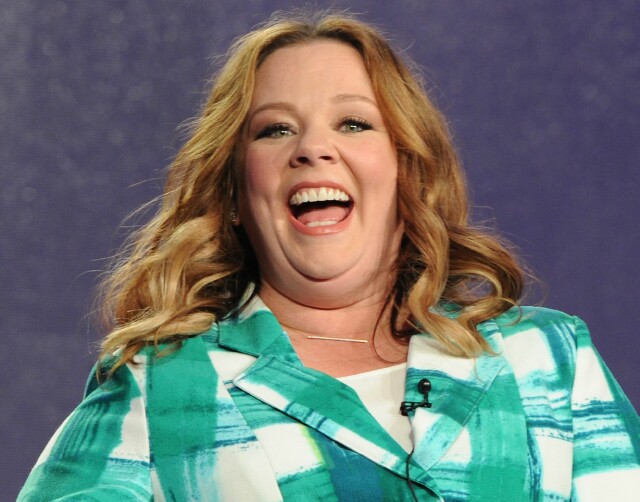 Pasadena, CA -- Melissa McCarthy is returning to TV.  Since CBS’ Mike & Molly came to an end, McCarthy has carved herself a very successful film career, but the lure of getting to play an exaggerated version of herself on TV Land’s new comedy series Nobodies was too good an opportunity for the actress to turn down. McCarthy also serves as an executive producer alongside Ben Falcone.

The series, which debuts March 29th at 10:00 p.m., centers on three alumni of the Los Angeles improve group Groundlings -- Hugh Davidson, Larry Dorf and Rachel Ramras -- who are not adverse to name dropping in their desperation for success. They go so far as to attach McCarthy, a former Groundling, to Mr. First Lady, a film project they are pitching -- unbeknownst to the star.

The premise rings true for Falcone in an “art imitates life” way.

“It's a movie that they want to get made, which Hugh, Rachel, and Larry actually pitched me in real life,” he told reporters during the TV Land panel at the Winter 2017 Television Critics Association tour.  “That nugget is what the show became and it is the arc of the season.”

“I just love being anywhere that you can help create or be a part of really good work, especially when it comes from a really strong point of view,” McCarthy said of her decision to join the project.  “We've been friends for 20 years.  We've known each other forever.  So it was a really comfortable place to go back to and work together.  I'm definitely a part of the show.”

As in the series’ storyline, McCarthy told me she has found herself attached to projects she’s never laid eyes on.  More often than not she writes with friend Paul Feig, who will automatically sign her up.

She also admitted to failing the biggest audition of all – a role that called for a “Melissa McCarthy type.”

“I tried to get an audition for it and I couldn’t because they were not interested in seeing me,” she laughed.

Seems TV Land wants to see much more of McCarthy and the Nobodies crew. The series has already been green lit for a second season.