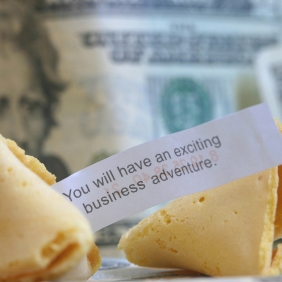 Following a string of four successive months of easing YoY ratings trends, Nielsen's live cable TV ratings results for November failed to continue the momentum: industry ratings were down 9% and 11% YoY in total day and primetime viewership, respectively. That said, November offered a modestly less favorable YoY comp than October, which could explain some of the softness.

Given the encouraging tone on the state of the ad market offered by our ad agency buyer contacts as well as strong advertising data coming out from Standard Media Index (SMI), which indicated industrywide cable advertising revenue growth of 9% YoY in October, we contend that improving TV ad market conditions could support better 4Q ad revenue only for those with available inventory to sell. Please email us for our dynamic monthly live cable ratings database by network and company or our Media valuation comparables. Company-specific highlights include the following:

*For AMCX, although The Walking Dead Season 6 ratings are down modestly from the record levels set in Season 5, it remains the top show on cable TV; moreover, the company has utilized the Walking Dead platform to successfully launch Into the Badlands (which generated the third best Live+3 cable debut on record). Viewership at the company's flagship network, AMC, was down 8% in primetime, though this was modestly better than industry. We noticed a solid contribution from Sundance (+91% YoY), and overall, primetime ratings for the company's suite of networks were down 6% YoY in November, though flat YoY on a total day basis.

*Turner realized its fifth successive month of stabilizing ratings trends. This month, the performance was fueled by Adult Swim (+16% YoY in primetime) and ongoing strength at Cartoon Network, which recorded primetime viewership growth for in 8 of the last 9 months. On the other hand, aggregate Turner primetime ratings remained flat YoY (down from the +7% recoded in October) as CNN (down 14% YoY in primetime) was unable to sustain its momentum after growing audience share in 5 of the last 6 months. TBS reverted to a YoY decline in ratings (down 15% YoY in primetime) following October's strong performance, and TNT viewership trends remained in the red.

*Disney's aggregate cable viewership was down in November, largely due to tough ESPN Monday Night Football YoY ratings compares in the month. As such, primetime viewership at ESPN declined by 21% YoY in November, well below the 1% YoY growth recorded in October (given particularly strong NCAA College Football audience growth). Across Disney's portfolio of networks, aggregate viewership was down 21% and 18% YoY in primetime and total day, respectively.