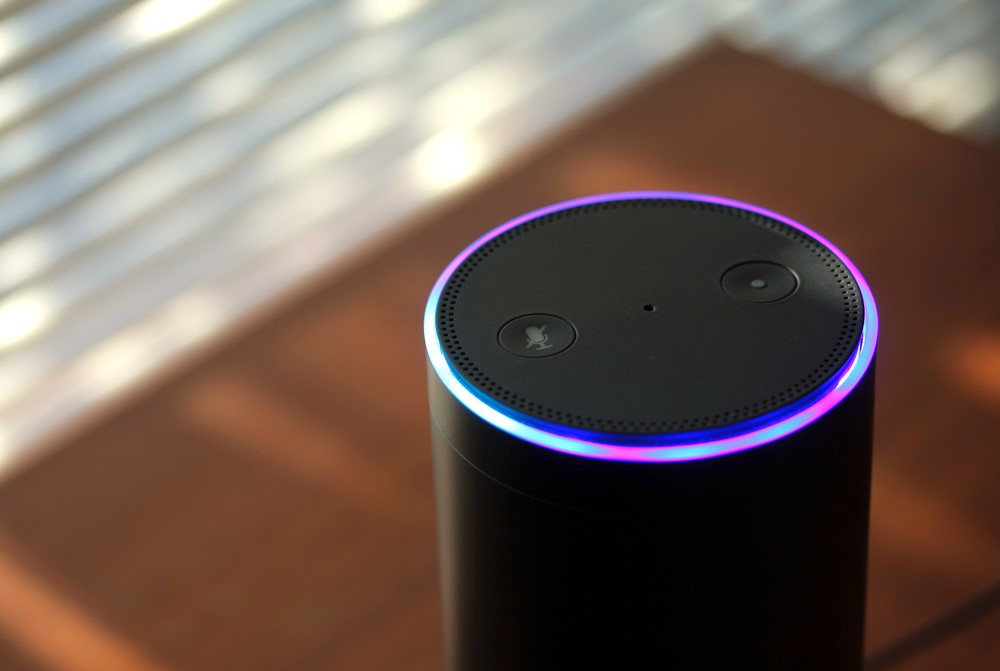 Americans are using voice commands more than ever before to access entertainment, news and information on smart speakers. About one-third of Americans now own a smart speaker, and consumers are comfortable interacting with voice assistants on them, as well as those baked into home appliances, cars and smartphones. As voice advances, it's transforming the audio industry and providing brands with new "smart audio" opportunities.

That's according to the latest installment of NPR and Edison Research's Smart Audio Report. According to its survey, 62% of Americans 18 and older use a voice assistant on any device, including smartphones, smart speakers, TV remotes and computers. Smartphones are the most popular way to access voice tech, with 56% of adult smartphone owners reporting they use their phone's voice assistant. And 35% of Americans use voice via smart speakers, according to the survey results.

Smart speakers have moved beyond a novelty to a common household gadget. NPR and Edison report that 35% of Americans own at least one device, up from just 16% in 2017, the first year that NPR and Edison started studying smart speakers and voice. In 2022, smart speakers function as modern radios, and for smart speaker owners they are now the No. 2 way to listen to audio, just behind mobile devices.

"We were amazed in such a short time the smart speaker had become the primary audio listening device for so many people," said Lamar Johnson, Vice President of Sponsorships for National Public Media, the sponsorship arm of NPR. "The digital world is increasingly appealing to Americans."

While smart speaker penetration has grown steadily, consumers are still buying them for the same reasons. From 2017 to 2022, the three top reasons Americans purchased a device were:

"Voice is everywhere, and it will continue to seep into unexpected parts of our lives," Johnson said. "For the most part, consumers think that is a good thing as long as we're providing them with relevant or useful tools."

"Smart speakers allow for a more convenient living experience," added Edison Research Vice President Megan Lazovick. "Simple commands can implement all sorts of tasks in the home, from 'What's the weather?' to a more complex sequence that turns on home lights, cameras and alarms."

Despite the advances, the voice tech industry still needs to win over some skeptics who worry about security and privacy, as well as better accessibility, the study noted.

Smart speakers have created a new distribution point for audio, with owners reporting they use them to listen to children's entertainment and podcasts, stream music, and discover new content and events. In response, audio publishers are ramping up their smart audio content. NPR, for one, offers several daily podcasts, including news-oriented Up First and Consider This, which give short bursts of information and are well-suited for smart speaker listening, Johnson noted. (NPR says it produces more of these daily podcasts than any other publisher.)

"One thing that's been a big focus for [NPR] is daily habit programming and creating programming that fits into and enriches [its] audience's daily lives," Johnson said. "We know they're interested in short, useful content."

Smart speakers' share of time spent listening is small but growing. In 2022, Edison reported that Americans spent 5% of their total audio time listening via a smart speaker, up a dramatic 400% from 2017, while listening to podcasts on speakers accounted for 6% of all podcast listening, a 200% increase from 2017.

NPR is seeing that play out. Johnson said NPR podcast listening via smart speakers has more than doubled in the last four years, and news consumption is also growing.

Users are also receptive to voice ads. About half of the speaker owners in the 2022 survey who have heard a voice ad said they are likely to respond, and 68% of respondents said brands that advertise on voice are innovative. If these device owners had the opportunity to interact with a voice ad, about one-third said they'd set a reminder, ask for more information, or add an item to their shopping cart.

"This space is still very young, and there is much opportunity for change and growth, especially in the ways that brands can communicate their messages with smart audio," Lazovick concluded.