NPR Flexes Its Podcast Muscle as Brands Ramp Up Spending 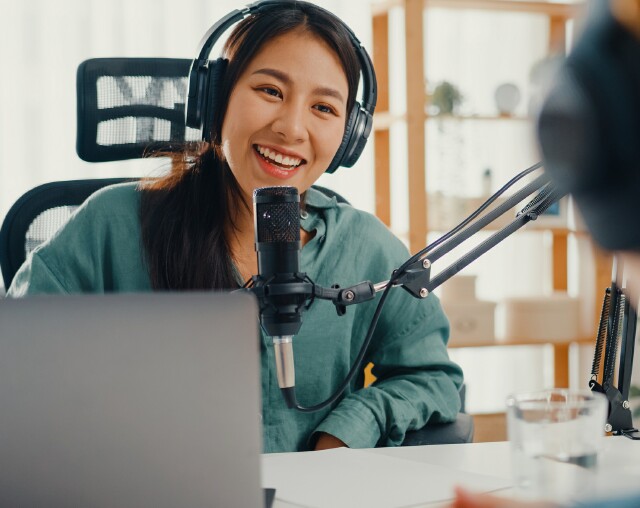 As the podcast industry gets more and more competitive, NPR is leaning into its journalism chops and expert correspondents and hosts to attract listeners and brands alike. From news to culture to science, storytelling is the common thread that runs through all of NPR's podcasts and is the secret sauce, according to NPR executives and podcast hosts.

"It is the smart, in-depth and sometimes humorous reporting that NPR journalists and hosts do that make NPR what it is," Gina Garrubbo, President and CEO of National Public Media, NPR's sponsorship arm, said at the organization's 2022 IAB Podcast Upfront.

"When you layer in excellent reporting from NPR member stations, you get an international, national and local programming powerhouse like no other, which is why NPR is able to produce a steady stream of hit podcasts," she added.

According to Podtrac's latest rankings, NPR is the No. 2 podcast publisher with 49 active shows. NPR offers the most daily podcasts, including Ambie Award-winning morning news podcast Up First and daily science show Shortwave,and its roster of weekly shows is steadily growing.

The timing couldn't be better. Podcast ad spending is red-hot; it is expected to exceed $2 billion in 2022 and surpass $4 billion by 2024, according to the IAB's latest estimates.

Working with NPR, brands can choose from a wide menu of sponsorships including host-read spots and bespoke integrations with custom audio called Brand Soundscapes, as well as sponsored episodes.

NPR and Code Switch were a good match because they align with the liquor brand's values, said Sean Yelle, Director of Whiskey and Rums for Campari Group.

"NPR is well-known for having truthful, honest conversations about topics that can quite often be swept under the rug in today's society," Yelle said. "The ability to have a partner that has credibility and authenticity was really important for us. We need to make sure we're having those honest conversations as well."

As it looks to grow, NPR is adding fresh shows to the mix, particularly podcasts aimed at young and multicultural listeners. One such podcast is Everyone & Their Mom, which launched in February. A spin-off of the radio and podcast hit quiz show Wait, Wait, Don't Tell Me, Everyone & Their Momis hosted by former Wait, Wait intern Emma Choi, who records from her dorm room. To help Everyone and Their Mom attract an audience, new episodes drop weekly in the Wait, Wait, Don't Tell Mefeed.

On the podcast, Choi said she talks about "silly things with cool people," and some of her favorite episodes have included dishing with Washington Nationals pitcher Sean Doolittle, hosting up-and-coming comics, taste-testing hard Mountain Dew with a wine expert, and even her mom.

"[The show] is for me, for people like me, and the youth of America and other countries," Choi explained. "It's for people who might have listened to Wait, Wait and NPR in their cars with their parents growing up and now can make their own decisions about what they want to listen to."

Another new addition is The Limits, hosted by former NBA star Jay Williams. Each week, Williams hosts intimate conversations with leaders in entertainment, sports, pop culture and business. Williams hopes multicultural listeners will sample his show. "If you are a young person of color, please come with me and take this ride," he says.

These new entrants join a roster of existing hits. NPR's news, politics and business podcasts are heavy hitters, regularly featuring seasoned journalists, from legal affairs correspondent Nina Totenberg to national and international correspondents stationed in NPR's 35 news bureaus. These voices bring gravitas and rich original stories. Totenberg, for instance, told listeners about a conversation with former Justice Ruth Bader Ginsburg where the justice admitted she fell asleep at the 2015 State of the Union address because she'd had a little too much to drink. (Ginsburg said fellow Justice Anthony Kennedy brought "very fine California wine" to a dinner party beforehand.)

Thanks to these podcasts and the organization's team, "NPR is set apart as one of the most listened to audio entities on the planet," Garrubbo concluded.