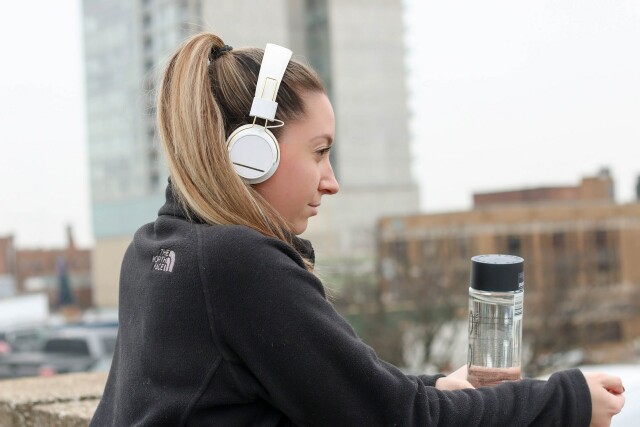 To stay on top, even the best audio publishers must keep reinventing. This market leader is up for that challenge. NPR's latest podcast slate includes a new podcast hosted by a former NBA star, fresh seasons of some of its most popular shows and custom audio sponsorship offerings. These efforts are part of NPR's goal to expand and diversify its audience.

The organization's latest shows, unveiled at the 2021 IAB Podcast Upfront, advance those goals. This fall, NPR will debut an unnamed podcast hosted by former NBA star Jay Williams. The weekly show will focus on stories of resilience and reinvention, with Williams interviewing leaders in sports, entertainment and pop culture about betting on themselves despite tremendous challenges," explained Anya Grundmann, NPR's Senior Vice President for Programming and Audience Development. The show is inspired by Williams' own experiences.

"Grounded in his hard-earned experience rebuilding his world after a life-changing accident, Jay will probe what it takes for people to overcome obstacles and build their personal brands," Grundmann said. "We think this new show will appeal to Jay's fans from the sports and entertainment worlds as well as listeners of some of our most popular podcasts like How I Built This."

Williams said listeners will be surprised by what they hear from his guests. "You may know their surface stories or see them in so many places, but you don't really know who they are or what they stand for, or how they built to what they have got, or where they came from," he explained.

In 2022, NPR will debut new seasons of hit podcasts Louder Than a Riot and White Lies and new episodes of some of its most popular shows, including Embedded and Rough Translation. On the lighter side, comedic quiz podcast Wait, Wait, Don't Tell Me is adding a regular experimental comedy segment.

"Our listeners are asking for humor, humanity and news they can use, including shorter daily podcasts. We're responding by doubling down on our daily habit strategy," Grundmann said. "And we're NPR, so we're going to keep investing in original enterprise journalism, including more in-depth reporting on music from the Louder Than a Riot team."

That sounds ambitious, but no one has a better track record than NPR.

"NPR continues to lead in podcasting both in terms of quality journalism and storytelling and audience reach with five of the top 20 podcasts, which is more than any other publisher," added Gina Garrubbo, CEO of National Public Media, NPR’s sponsorship division. NPR reaches one of the industry's largest podcast audiences, with a monthly reach of 22.25 million unique streams in August, according to Podtrac.

Beyond the numbers, NPR is recognized as one of the media industry's most trusted and reliable partners, as well as the top-rated audio partner for diversity and inclusion, according to the latest 2021 Myers Report survey of ad agencies and brand marketing firms.

When companies want a bespoke audio experience, the sponsorship team at NPM can create Brand Soundscapes, original audio stories that spotlight a brand, its journey and its employees. So far, NPM has created Soundscapes for blue-chip brands including Ford, Chipotle, Comcast and Sierra Nevada. New this year, NPR is adding dedicated landing pages to its website where listeners can sample the audio and learn more about the brands.

Another addition to NPM’s offerings announced at the Upfront: a custom podcast from NPM and YouTube. The Upload: The Rise of the Creator Economyis out now and is hosted by Brittany Luse, a journalist, cultural critic and co-host of podcast For Colored Nerds. Produced by NPM and YouTube, the series will feature creators who have grown from hobbyists to business owners and offer insights on their journeys.

"NPR Sponsors appreciate the custom audio creative that NPM has evolved over the years, which allow brands to tell their stories in a manner that fits the style and tone of NPR and create greater engagement with the NPR audience,” explained Garrubbo.

“Brands want to align with NPR’s quality content, and they have to understand how audio in general and podcasting in particular engages audiences in a unique way versus video and digital,” she added. “With new targeting and attribution tools, podcasting is now a must buy for many of the brands that we work with.”

In the last year, NPR's reputation for the highest-quality digital audio has continued to grow. Recently, several of the organization's podcasts have been recognized with major awards. NPR's No Compromise, a podcast created with WAMU Washington, D.C.; WABE Atlanta, and KCUR Kansas City, MO, and focused on second amendment rights, won the 2021 Pulitzer Prize for Audio Reporting, while another series, White Lies, which revisits the 1965 unsolved murder of Rev. James Reeb, was recognized as a finalist in the category.

Another NPR hit, Louder Than a Riot, an NPR Music series investigating the connections between hip-hop and mass incarceration, was recognized with an honorable mention by the American Bar Association.

"These series are rooted in our mission to serve audience that has come to expect great journalism and storytelling," said Nancy Barnes, NPR's Senior Vice President for News and Editorial.