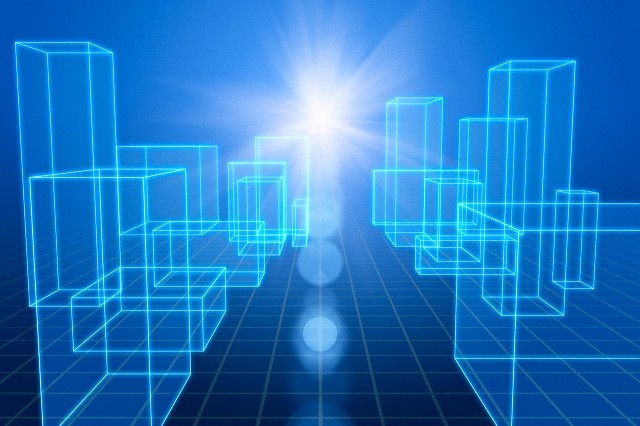 Passwords don’t work. Good ones are hard to remember. Memorable ones are easy to crack. “Human beings for the life of us cannot manage passwords,” says Aarti Shahani, technology correspondent for NPR. “We just can’t do it. It’s not happening. There’s proof we don’t know how to do it.” It’s reassuring to hear a tech reporter confirm that password anxiety is nothing to be ashamed of. Having recently returned from Mobile World Congress (MWC) in Barcelona she has seen some of the tech industry’s newest biometric solutions to humanity’s password incompetence. Some of them sound like they could create a whole new level of privacy paranoia.

One European company she spoke to at MWC, Morpho, is at the forefront of biometric security solutions and is working with Visa to develop new biometric identifiers for financial transactions. They go well beyond the now-ubiquitous fingerprint reader and into the realm of touchless sensors, facial recognition and other slightly unnerving solutions that peer inside our bodies, like artery-scanning sensors. These dynamic biometrics are more secure than statics ones like fingerprints, which still have flaws -- not least, the fact that they can be copied.

Mobile security is already big business and is set to grow exponentially as we move ever more aspects of our lives online. The dozens of security-related exhibitors and speakers at MWC are testament to that, as are the increasingly optimistic market predictions. ABI Research recently forecast the global biometrics market will more than double to $30 billion and shipments of smartphone fingerprint sensors could reach two billion by 2021.

What strikes Shahani about this trend is the widely differing consumer attitudes about mobile security and privacy around the world. “For me it’s interesting to see how each market’s business responds to, creates products for and designs models around the regional culture,” she says. “It’s not by any means monolithic.”

Although artery scanning is not likely to be a feature on your next smartphone, more advanced biometric security technology is coming and is likely to roll out in Europe before the US, says Shahani. This seems counterintuitive given the EU’s tough regulatory stance on data privacy issues.  “That just seems like a big step on privacy that I wouldn’t have expected out of Europe,” she says.

European consumers and regulators are indeed very aware of digital privacy issues, but they’re also very concerned about financial fraud. “Our understanding of privacy is that when we agree to a use of something we are fine with it. We just don’t like to see it wandering into different ways we didn’t already say yes to,” says Shahani. “I don’t think the issue is fundamentally ‘you can’t use this.’ My impression is that the issue is fundamentally creep -- mission creep or data creep.”

These are the sort of insights behind the headline story that Shahani loves to uncover. It’s a daunting search at big technology events like WMC or the Consumer Electronics Show in Las Vegas that generate hundreds of headlines. “I think I was more wowed by perspectives than gadgets,” she says of MWC.

Of course, no curious tech reporter can ignore consumer gadgets altogether. The vast majority at MWC were seemingly designed to enhance the mobile lifestyle rather than improve mobile communication. Sure, LG launched a new flagship smartphone, but more intriguing (and generating almost as many headlines) was the smartphone-controlled rolling bot able to terrorize your pets. There was also a smart toothbrush to critique your brushing technique, some smart sneakers to improve your golf swing and countless other connected gadgets.

Beyond the Internet of Increasingly-Weird Things, Shahani was drawn to a smart bike, stun-gun phone case and virtual grocery store for one of her NPR reports. (You can listen to it here.) She also notes the increasing importance of virtual reality in the mobile space, as evidenced by the surprise appearance of Mark Zuckerberg at Samsung’s launch event for the Galaxy S7 where he talked up the VR partnership between Samsung and Facebook.  Zuckerberg sent a message that the mobile future is “about this headset we think you’re going to be wearing to change the way you relate to people you love in the world,” said Shahani.

That was by no means the only Facebook story at MWC. Facebook is quickly coming to dominate the mobile content space (and is clearly gunning for the virtual space, too), but it does not control the content-delivery pipes. Increasingly it’s the mobile carriers that control access to our Facebook feeds and the company’s relationship with them is complicated. This is especially true outside the US and Europe where Facebook is helping build mobile bandwidth in remote and rural locations, often with less than enthusiastic support from local carriers.

Zuckerberg did little to clarify the company’s strategy in his MWC keynote, which was described as “underwhelming” by Shahani. “I think on that stage you could see he hadn’t quite thought out what is the relationship between Facebook and mobile carriers.”

The company is sometimes labeled a “freeloader”. It wants to work with governments and carriers to help build internet infrastructure in underserved parts of the world, but critics accuse it of dodging accountability when the regulatory going gets tough by defining itself as merely a content provider .

Facebook has become such an efficient data gathering machine in the U.S. and Europe that it's hard to comprehend the extent to which it is playing catch-up across more than half the planet. In much of the developing world where a phone is the only way to get online, mobile carriers are in a unique position to access far more data about their customers’ lives and activities than Google or Facebook could ever infer from browsing habits.

One of Shahani’s stories for NPR provides an extreme example of the vast amount of potentially-sensitive data the carriers can collect. In a move prompted by a terrorist attack in Peshawar, Pakistan, at the end of 2014, Norwegian carrier Telenor worked with Pakistan’s government to fingerprint all 50-60 million of its SIM card users in the country, the majority of who bought their SIMs anonymously and paid for their minutes in cash. The resulting data will help the government identify future terrorists. It also puts Telenor in a unique position of matching the digital activities of its customers with their digital identification. Its big data on a scale bigger than anything Facebook or Google can collect.

“I was completely blown away by this,” says Shahani. “It’s pivotal that a mobile carrier is leading a biometric drive to establish digital ID. That’s actually historic. That hasn’t happened before.”

She’s less enthusiastic about the potential long-term impact on society of this sort of data gathering. “The business story there is ‘if you can’t beat them, join them,’ but from the human rights and citizenship privacy standpoint it’s sort of a Pandora’s Box,” she says.