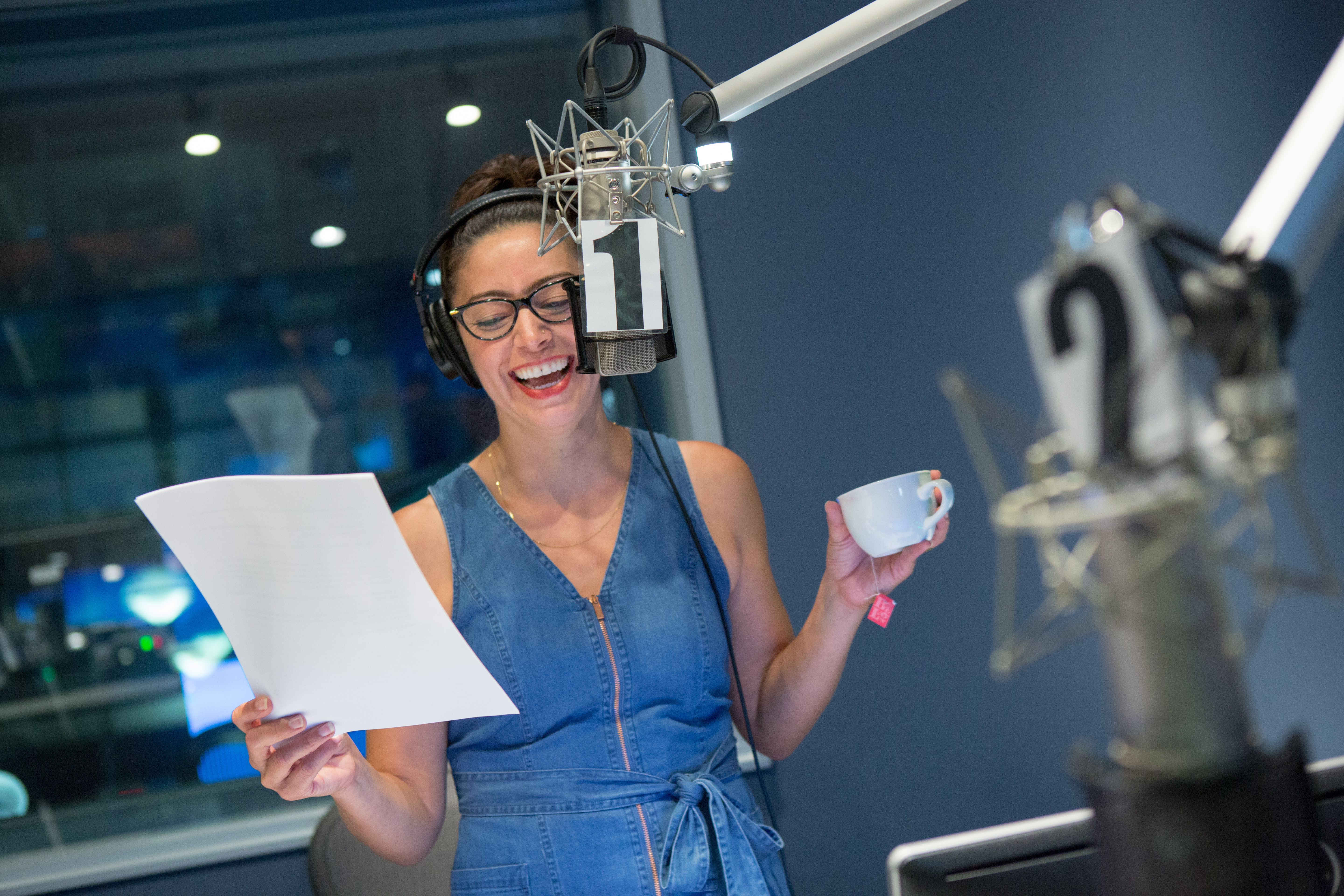 Code Switch, one of NPR's fastest-growing podcasts, derives its name from the practice of switching between multiple languages or slang during a single conversation. Amid today's current social, political, and economic upheaval, it's an apropos name for a podcast that tackles issues of race, ethnicity, politics, and culture -- and where they intersect.

"Everyone does it, no matter race or background," Co-host and Senior Producer Shereen Marisol Meraji (pictured at top and below) said of the practice of switching languages, accents and jargon. The Code Switch podcast, she explained, tries to provide context and commonality. "We're a trusted voice when people are trying to make sense of all of this."

Diversity is at the core of Code Switch's mission and that's reflected in the listenership. Meraji says the podcast boasts one of NPR's most diverse audiences.

While listeners have multiple options for daily headlines, Meraji said, for a deep dive into issues of race, ethnicity and identity, Code Switch will tackle those tough conversations. In recent months, as the Black Lives Matter movement reemerged and the COVID-19 pandemic rages on, Meraji and her team have tackled these and other stories and how they impact all Americans.

"We want to pay attention and make sure we don't fall into only talking about one identity or one demographic group, but that we talk about everyone," said Meraji, who shares hosting duties with Gene Demby. "We're all in relationship together."

To provide insight, Meraji and her colleagues bring their own life experiences to the table. At planning meetings, they discuss how their communities are being impacted. A first-generation American with Iranian and Puerto Rican roots, Meraji often reflects on her own dual identity and cultural influences. "So many of my ideas come from intersection of two very different cultures and what it is like to live that way in the U.S.," she said.

Code Switch's secret sauce, she explained, are those personal touches and context. "We know these have been an ongoing discussion in your lives and your families forever," Meraji added. "We're able to acknowledge that and address the topics in way that is not as formal and as stuffy."

Recent episodes have addressed a wide-range of topics, from explaining white participation in Black Lives Matter protests, to another that addressed the unique position of Black bookstore owners. Other shows dug into who is a "Karen" and profile an all-female Mariachi band.

However, over the last six months, that work has become more challenging. The COVID-19 pandemic forced Meraji, Demby, and the team from their Los Angeles and Washington D.C. studios, and they now produce remotely from their homes.  A veteran radio reporter and podcaster, Meraji is trained to hit the streets and talk to people, but now records episodes in her closet while wearing multiple pairs of headphones. The team meets daily via Zoom calls. 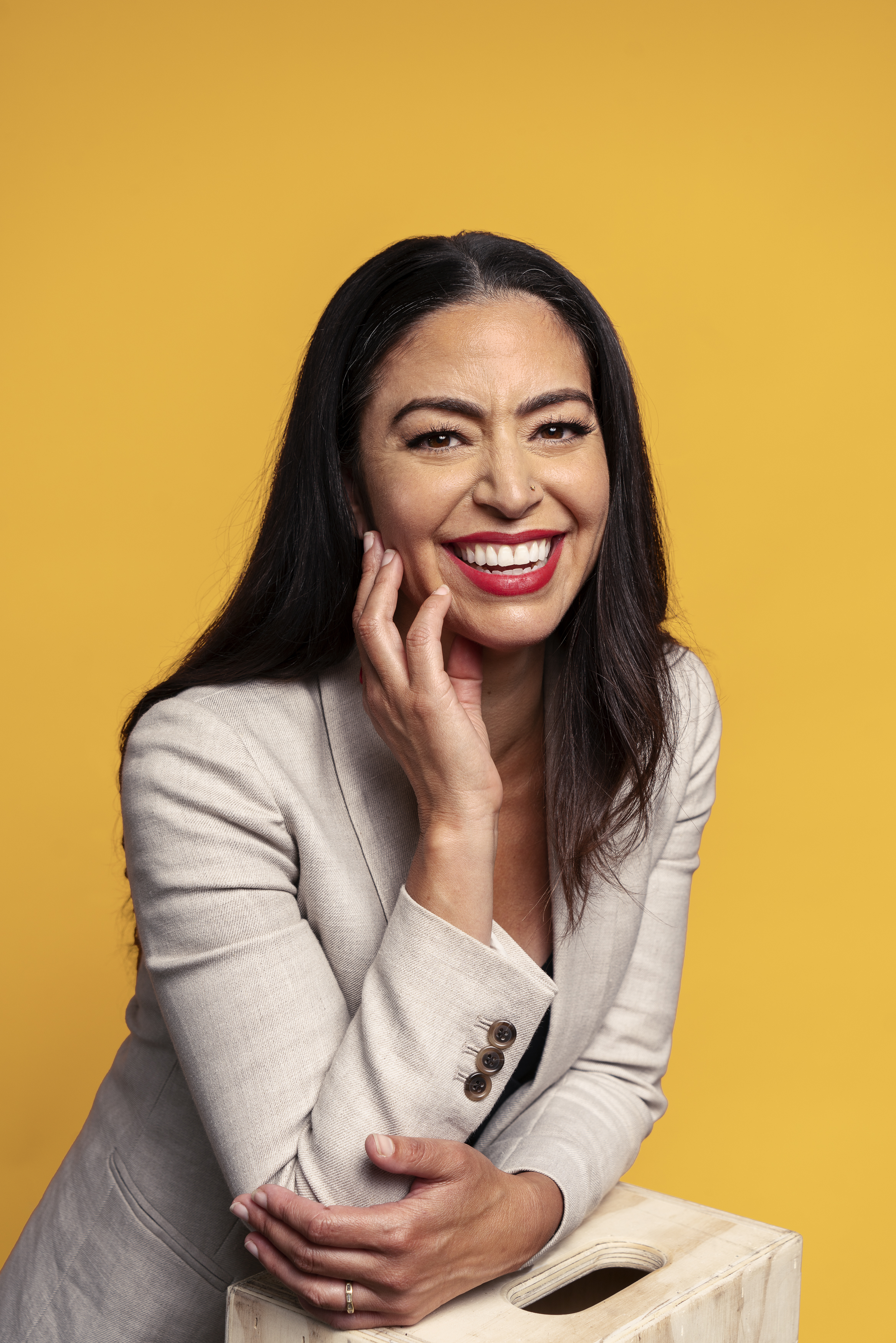 While working conditions demand flexibility, Code Switch's commitment to storytelling remains steadfast. Meraji is particularly proud of an April episode about a treaty between the Cherokee tribe and U.S. government that provided for Cherokee representation in Congress, which never materialized. While the episode was overshadowed by the breaking COVID-19 pandemic, Meraji said it is emblematic of what the show does best.

"Our goal is to make everyone part of our conversation," she said, adding that the team plans to increase coverage of Native American issues. "I want to continue to do that, to talk about race across race, and to keep our coverage multiracial, diverse and multi-ethnic."

Looking forward to November's elections, Code Switch is planning a slate of special episodes, including on black voters and the importance of young Latinx constituents. Other stories will focus on the census, minorities and the second amendment, and U.S. demographic changes.

The medium allows Code Switch to take time and dig into nuances of these and other topics, Meraji said. Stories can run for twenty to forty five minutes. That length is a luxury that broadcast radio, network TV and cable news can't afford. "It is nice to have a platform where you can completely be yourself and the fact that you don't have to put a neat bow at the end of each story," Meraji said of podcasting.

She also values the opportunity to engage with listeners and hear their feedback. To Meraji, that's the magic of podcasting.  "To have these ongoing conversations and intimacy with our audience, I love that," she said.