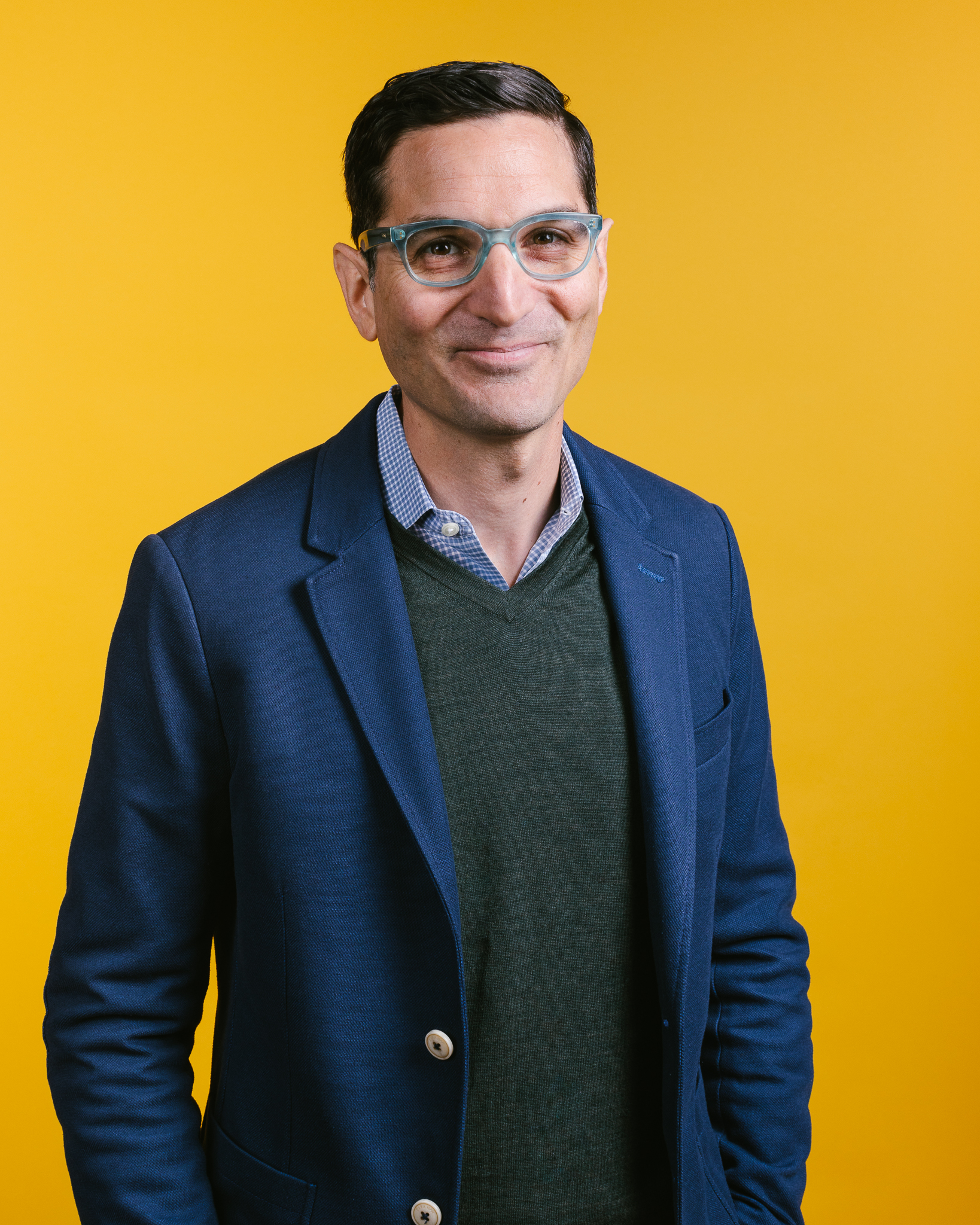 Podcast host Guy Raz is used to multitasking, but lately the NPR audio star is pushing himself to new levels. Amid the Covid-19 pandemic, Raz and his production partners have launched not one, but two new shows for audiences craving new content. The first is an offspring of Raz's hit entrepreneurial show, How I Built This with Guy Raz, while the second is a kid's game show and a spinoff of NPR's hit kids podcast, Wow in the World.

More than ever, Raz said people need community. With Americans staying close to home, and juggling demands of work and childcare, his teams were inspired to give their loyal fans more of what they love. "We wanted to create spaces for our listeners to gather," Raz said.

So, they moved at warp speed to launch the new shows. While Two Whats!? and a Wow! caters to kids, the How I Built This Resilience series is for entrepreneurs and curious adults (and kids too, if they like). In these challenging times, both shows represent a commitment to offer a much-needed entertainment, information and escape.

For the adult crowd, Raz wanted to engage the thriving online community that's grown around NPR's How I Built This podcast. The How I Built This Resilience series is a hybrid between the HIBT podcast and in-person events.

The original podcast features in-depth conversations with successful entrepreneurs, and, to capitalize on intense interest, NPR create live podcast tapings so fans could be with Raz and his guests. In 2018, NPR launched a small business conference, the How I Built This Summit, where aspiring and experienced entrepreneurs could interact with each other, access resources, and network with veteran business owners.

This year's schedule was packed with "HIBT" events, including sold-out live shows in March in Seattle and San Francisco, and the next Summit slated for October. By early March, Raz said it became clear these events would have to be postponed. To offer fans a place to gather and interact, his team created the How I Built This Resilience series. The shows are live streamed on Facebook Live and NPR.org, offering fans a chance to see and hear Raz and his interviewees. So far, they've recorded nearly 20 interviews. For audio fans, producers clip segments and publish them as a podcast.

"Our mission is to empower people," Raz said of the show. "This is a tough time, and we are trying to create a space to help people think creatively, build resilience as they keep their business afloat or radically reimagine them."

At a time when small businesses are struggling and unemployment keeps growing, Raz said it is important to hear from business leaders. And this project came to life in just weeks. Raz called up former guests and asked if they'd share updates on how their operations were fairing. "Even some of the incredible brands we've featured may not make it and may not survive," Raz said.

To spotlight industries with acute suffering, Raz has created theme weeks. The first, dubbed "Food Week", featured chefs and restaurant owners, including Micheline-starred chefs who have converted their kitchens to feed the homeless, essential workers, and healthcare workers. Next up is a "Fashion and Beauty Week" with industry execs (and former HIBT guests) including Rent the Runway CEO Jenn Hyman and M.M. LaFleur founder Sarah LaFleur.

The response has been overwhelmingly positive. By early May, the livestreams have received 430,000 total views and downloads for the five podcast episodes featuring the live stream content have reached 2.6 million downloads. Comcast Business, a regular NPR sponsor, has sponsored eight livestreams, including several Food Week shows.

Keeping kids entertained is also close to Raz's heart. A father of two tweens, he is working full-time from home, helping with online school and trying to enjoy family time. Raz said he and Wow in the Worldco-host Mindy Thomas, who also has two children, wanted to offer kids something fun and substantive.

"The idea was to give kids something they want, to meet them where they are and to give parents a screen alternative," he said. "We want to be a comforting presence for kids who are worried, nervous or anxious."

Wow in the World was already the top kids podcast in the U.S. and, in recent weeks, downloads have nearly doubled. That strong demand indicated there was demand for more content.

Working from his garage studio in the Bay Area, Calif., Raz and Thomas, who is stationed in her suburban Washington D.C. basement, produce weekly episodes of Wow in the World and now four Two Whats!? and a Wow! shows, which publish Tuesdays through Friday. They've always worked remotely, joining a video call while they record, so working from opposite coasts is nothing new. What has changed, however, is their kids are now home, as are their listeners.

Featuring a game show format, Two Whats!? and a Wow! is actually an offshoot of live podcast tapings where kids come on stage and answer science-related questions. The new podcast offers that challenge to listeners. "It engages kids on STEAM topics and keeps them coming back," Raz explained. HarperCollins Publishing, One Medical and Chipotle have been recent "Wow in the World " sponsors, while CLIF Kid, makers of popular Z Bars, is supporting the new Two Whats!? and a Wow!

Offline, Raz and Thomas continue to add content to engage kids. They are writing a book, and, in June, they plan to publish a soft-covered STEAM-themed workbook for kids.

Creating two new shows in the middle of a pandemic can push even the most seasoned media professionals to the edge, but Raz said it has also been a refreshing experience. In normal circumstances, he said it would take months or more of planning, research, testing and rehearsals before they would launch new content. But now, with audiences craving fresh content, "We didn't have those luxuries," Raz said. "In some ways, that's given us the freedom to experiment and mess up and not worry about it.