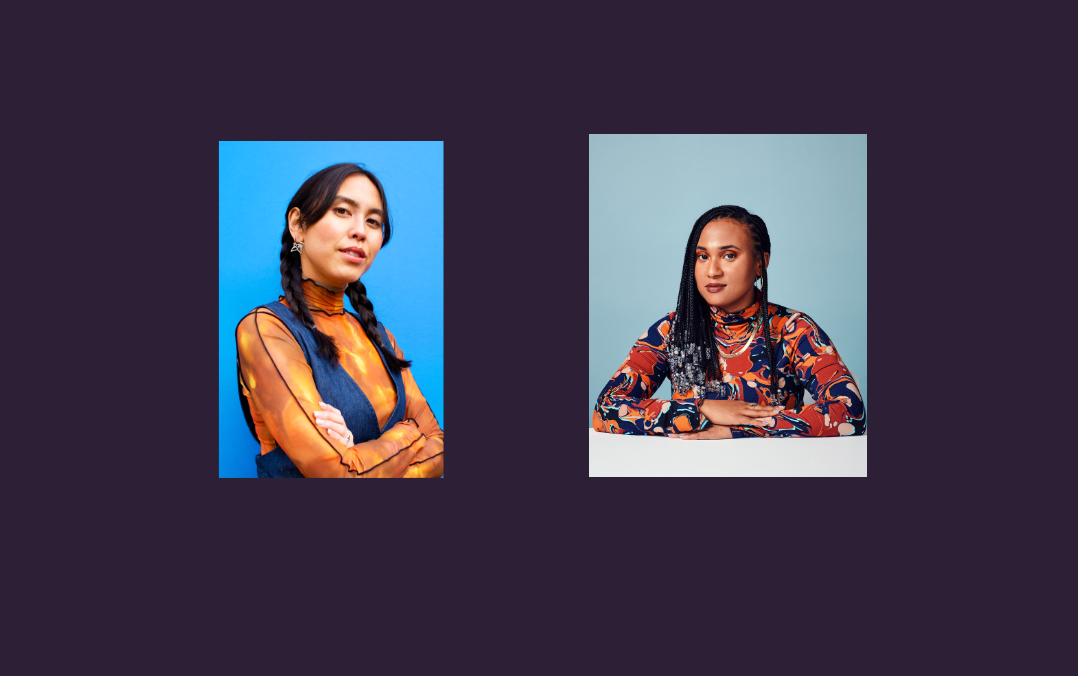 NPR's venerable Invisibilia podcast is embarking on a new sonic adventure. The show, which tells unusual and unexpected stories, recently relaunched with new hosts and a fresh perspective to invite in more listeners and reengage loyal fans.

NPR recently named Yowei Shaw (pictured at top, left) and Kia Miakka Natisse (top right) to be the new hosts, promoting two young women of color from within the show's staff. The pair aim to expand Invisibilia's audience and diversify its storytelling, all while honoring its tradition of smart and inspirational content.

"We're a group of really, really curious people who are passionately obsessed with whatever story we're covering," said Natisse. "As a host, I hope I just bring a new voice to NPR and help draw in new listeners."

Invisibilia first debuted in 2015. The latest season, number seven, which dropped April 22, features a story Natisse created on an unexpected reparations movement in Vermont, Shaw's three-part series on a controversial local news site in California, and a piece on a "slow media" movement in Norway. Each story is exhaustively reported and highly produced, featuring a variety of voices, sounds and effects.

Natisse may be new to hosting, but she is well acquainted with Invisibilia's mission. Both she and Shaw are former Invisibilia producers. In that capacity, they supported the previous hosts in writing, producing and editing pieces, and Shaw even coached Natisse through creating her very first piece. Natisse said her experiences as part of a tight-knit editorial team have informed her leadership style.

"As a host, I will be mindful of what producers are experiencing and trying to show up in ways that acknowledge their work," Natisse said.

But, in today's audio market, with its ever-expanding universe of podcasts, Invisibilia faces more competition than ever. And Invisibilia can be a little hard to explain. Some listeners assume it is a sci-fi show, while others think it tells mystery stories. Natisse explained that Invisibliadoesn't fit into a genre, but rather represents an approach to storytelling.

"It's like a sonic blacklight," she said. "We help to reveal the things that are present that maybe you just can't see."

As they worked on the new season, the Invisibilia team faced exhaustive challenges. Due to the COVID-19 pandemic, the staff has worked remotely for more than a year, with Natisse in her hometown of Buffalo, NY, and Shaw in Philadelphia. They hired a New York-based producer, but no one has met him in person. "We've been trying to respect COVID protocols and figure out how to tell stories, tell them in a safe way, and build a team," she said.

To build rapport, the team joined a five-week remote improv class and held Zoom happy hours and a virtual retreat. While Natisse and Shaw are both veterans of the show, they haven't worked together, and a host coach helped them develop a cohesive style and sound.

As Natisse reported her "Eat The Rich" episode, she spent six months reporting and conducting interviews by phone and Zoom because travel restrictions kept her from visiting in person. She even relied on a local reporter in Alabama to provide first-hand details for a portion.

Her work as a producer prepared her well for this new role. Like so many young professionals in media, Natisse struggled to find her voice and use it. At Invisibilia, the team was collaborative and valued her ideas. "It was the first time I had had a job where I tried and succeeded on, like, showing up as myself," she recalled.

In the past, Natisse said, podcasts like Invisibilia have been siloed as "prestige" or "integrity" shows, which could discourage some listeners. To broaden the audience, Invisibilia is featuring more diverse voices, as well as working with more people of color in production.

"It's really important to me that people can hear themselves," she said. "It's a form of representation. Listeners are perceptive and can pick up on authenticity."

Early results are promising. Natisse said their listenership is strong, and the hosts are working to spread the word. Promos are running across other NPR podcasts, including NPR's popular morning podcast Up First and drive-time podcast Consider This. To drive sampling, Natisse created shorter versions of her "Eat the Rich" episodes for other NPR programs, including one that aired recently on NPR's morning radio show, Morning Edition.

"The more that this industry and public radio can be open to collaboration, open to new voices and new forms of storytelling, then you expand the audience," Natisse said. "It brings more content to more people, which is great and fun and different."