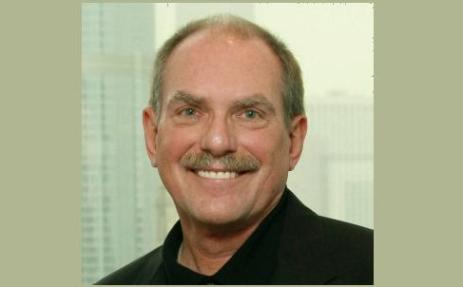 The Occupy Wall Street movement must be looked at from both a historical and future perspective. If you have just received your information through the main stream media of this movement you do not have a clear picture of its significance.

Occupy is a historically unprecedented movement. In one month it went from several dozen people in one small park in lower Manhattan to tens if not hundreds of thousands of people demonstrating in several hundred cities in 80 countries. That speed of growth and dissemination has never occurred before. One of the three fundamental forces of the Shift Age is at play here: the accelerating electronic connectedness of the planet. Since 2007 I have been saying that this is the most profound and powerful force at play with humanity right now and that it would initiate new forms of communications, movements and individual empowerment. Never in human history has a movement moved from one city to hundreds around the world in one month. Ever!

The second reason it spread so fast is that its ethos – no vertical structures, only horizontal structures – is perfectly aligned with this connected global electronic reality that is web-like and flat. It is a movement whose message is fully aligned with its structure and connectivity. To get a sense of this breadth and flatness, take a look at this site just constructed by a friend and you will see the global connectivity.

The third reason that it is a very contemporary phenomenon worth watching is the broad nature of the demands being made. Across the board we are in an era of almost unprecedented creative destruction of institutions and ways of thinking. There are so many things out of kilter, there are so many social and demographic groups that are hurting and developing a sense of lack of fairness or wrong direction that Occupy has become a Rorschach movement where any group that feels disenfranchised can join in.

The fourth reason it is so powerful is that it quickly created a slogan that embraces so many: We are the 99%!

The fifth reason, at least in the U.S. is that there is so much intense dissatisfaction with the two political parties. Simply put, they are a co-dependent duopoly. The Occupy movement has very quickly triangulated the larger political and social conversation away from this duopoly. It is almost amusing, if not pathetic, how awkwardly both parties are dealing with the Occupy movement.

The power of this movement is clear in the sense that just by saying one word, "occupy", people know exactly what you are referring to. Think about that. If I had said "occupy" to anyone reading these words six months ago you would have given me a blank stare. Now I get your opinion.

In 2008 and 2009 I predicted tremendous upheavals in Islamic countries due to the Accelerating Electronic Connectedness of the planet. That prediction became the Arab Spring. Along with it, the Occupy movement represents a new Shift Age, 20th century phenomenon. Memes become movements with breathtaking speed. Connectedness moves us toward a new realm of consciousness in ways never before seen.

The name of my first book, published four years ago was "The Shift Age". Everything is now in some rate of shift. The speed of change has become environmental; we live in an environment of change. It is the global stage of human evolution.

My now six year old blog is named Evolutionshift and is also my name on Twitter. The accelerating electronic connectedness is combining with our having entered the global stage of human evolution and is moving us toward an evolutionary shift or next stage of human consciousness. The beginnings are unfolding before our eyes and in our minds.