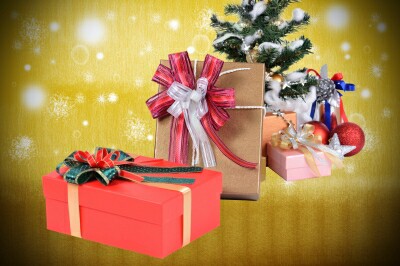 In the months before Christmas before any bell rang,
The Pope said it’s okay to believe in Big Bang.
He approved evolution and said it’s okay,
To receive a sacrament even if you are gay.

And then on one other thing he did budge,
About atheists, he said, “Who am I to judge?”
You would think then it could be a very good year,
But misfortune befell and these things became clear.

When out on the lawn in Buffalo,
Folks would awaken to record snow.
Away from New Jersey, a nurse on a bike,
Told Governor Christie to go take a hike.

The Guv had his problems that didn’t abate,
As he weathered the stories about Bridgegate.
Some kids on a bus crossed the border detained,
And a vote for immigration in the House still remained.

The moon over Ferguson looked down on attack,
While ISIS wreaked havoc somewhere in Iraq.
When what would appear to my wondering brain,
But Putin in Socci and then the Ukraine.

With probably no driver Malaysia’s plane,
Went down in the ocean, it’s hard to explain.
More rapid than cops a guy climbed the fence,
And breached the White House -- it made no sense.

Now Romney, now Christie, now Bush, Paul and Cruz.
They jockeyed position in hopes Hill would lose.
To the top of the polls conservatives soared,
While Dems lost in mid-terms, Obama ignored.

Lebron went to Cleveland and Giants made it three,
As World Cup Soccer returned to Germany.
Goodell made us angry, Ray Rice made us cry,
But with class and a hit Jeter said ‘bye.

Farewell Robin Williams we will miss your mind,
Just one carpe diem he couldn’t find.
Hoffman and Rivers both left the stage,
And Mike Nichols too wrote his last page.

Ben Bradlee left DC a much better town.
We need him today instead of our clowns.
Modern Family, Big Bang and go take a guess,
At the top of the charts still NCIS.

Mockingjay soared expected, unspoken,
On Christmas Day we get Unbroken.
Big screens pushed Apple to an all-time high,
Alibaba from China made Amazon ask why.

So in this holiday season when we don’t work,
Let’s fill up a stocking, give the homeless a perk.
Because they are people right under our nose,
And by giving a nod I just might suppose,
In this year of travails we can just give a gift,
And make someone smile and give them a lift.

So go light a candle and make the year right,
Be Santa yourself, Happy Christmas, good night.