Off the Grid a Couple Weeks and the Media/Digital Worlds Go Wild! 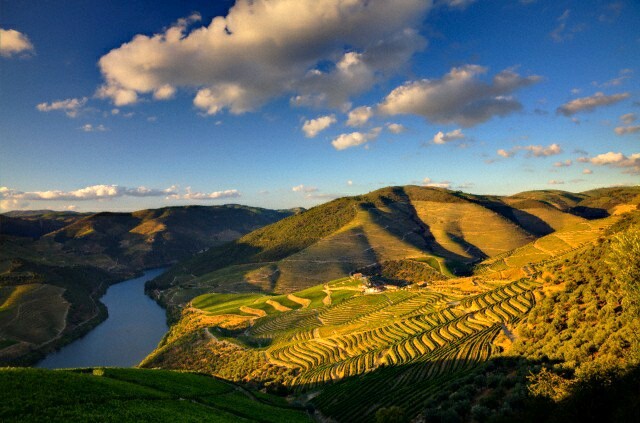 So I got back to the connected world and caught up on the news on the flights toward America from Lisbon … business culture shock. The media and digital worlds shifted into overdrive while I was off the grid in a kayak mostly atop the Duoro River in Northern Portugal. Here are just a few of the harbingers and changers:

Cablevision announced Altice would buy it.  And Chuck agreed!  Is this the end of cable as we know it?  (Will Cox be next?  When does Jim Kennedy get bored?)

Meanwhile, don’t fret for CVC CEO James Dolan … he’s still got the Knicks and the Garden.  Not to mention opening for the Eagles and hosting them at MSG.  Or the $128million payout.  Or AMC Networks (which might get Starz).

ESPN is laying off folks; or, how big a Disney margin is really big?

Netflix says it will do more original programming.  And, just because it can, it’ll produce movies; do a limited release and put it online in a not quite stealth effort to destroy theaters, not to mention cable nets.  Decision also has a little to do with no more really cool licensing deals like the initial one with Starz. Amazon said, ”ditto.”  Roku and Hulu, too.

Comcast announced it would go over-the-top for business services and partner where it could with other ISPs.  (Note: not really a shock, they’d looked at consumer OTT across the US for years; just decided it would be a political mess.)

Mobile broadband passed a billion global users.  And the content, conduit and devices got a new acronym: ICT (Information and Communication Technologies).  Think that’ll stick?  Not that we all don’t need a whole new vocabulary.

Being good doesn’t mean better deals.  The AT&T/DirectTV services made No. 1 and No. 2 in J.D. Powers’ rankings and promptly ran into retrans problems.

Teasing a “for sale” sign worked for Dolan, now Sprint CEO Marcelo Claure says he wouldn’t mind teaming up with a cable company. Now “quad-play” (no one dare say four-play) has to be taken (somewhat) seriously.  Even T-Mobile’s John Legere thinks that’s in the future.  Meanwhile, Verizon says it doesn’t want DISH … just maybe a lot of that loose spectrum.

On Forbes blogs, MediaLink’s Howard Homonoff wonders if HBO is the only “network” left standing as the brands of other nets seem to be waning.  He cites Discovery’s David Zazlav lamenting the identity of the curator (or, in print, the editor) as a place to find what you’ll like.  The search shift from programmer to program could be even more wrenching than the partial shift currently underway.  For example, what is Netflix as a brand?  It is streaming video … but what sort of video?  An interesting question for all random aggregators.

Lots more folks are defending the Federal Confusion Commission’s Title II move than I expected; like the brother of the dude who “kept us safe” (never mind the repeated warnings). Anyway, Tom Wheeler is happy.

The Cable Card, indeed, the very idea behind it, still doesn’t make any sense.

Boingo is streaming a mini-bundle to soldiers on military bases.  Good idea.  The full cable system approach hasn’t been very successful.  This time, the customer is truly the individual, not the physical address.

The Donald versus Fox News is a hoot.  But does it mean anything permanent?

Retrans is hard to solve; but shouldn’t be.  I like the American Cable idea of taking away must carry from the basic tier.

Why does the National Association of Broadcasters applaud more over-the-air only homes who don’t pay retrans?

E-book sales are slowing and independent bookstores are popping up. Media Spire changed its name to Digital Spire. The White House says broadband is a “core utility.” What does all of this mean? Media, old and new, digital and analog, is in chaos. Which means opportunity.

But it also means, beware of what you trust as definitions, relationships and even realities seem to be in flux, causing mass confusion amongst the media. For example, from the news, cable seems to be unraveling.  But then, which “cable”?  Headline writers and journalists seem to be making some interesting mistakes: (1) about tense; Altice hasn’t – yet – bought Cablevision, though you’d think so from headlines, charts and stories; (2) cable this or cable that fails to be explicit about which part of the cable is being talked about … is it the infrastructure or the so-called cable networks (really, “non-broadcast networks”)?  For that matter, what is “broadcast” now?  Does SVOD streaming of broadcast programming count?  A major station group, Sinclair, is eyeing the non-broadcast Tennis Channel.

Time for some new definitions among many other things.

Good for Jerry!  Levin and his wife have formed The Levin Center for Parkinson’s Transformational Health.

It is “Diversity Week” in New York. Lot’s of meetings. WICT, NAMIC, a reception for retiring Cable Center CEO Larry Satkowiak, the 32nd Annual Walter Kaitz Foundation Dinner and The Cable Center board meeting … along with 11,913 other meetings.  I’ll see some of you there.