Global Crisis: Governments vs. the Media 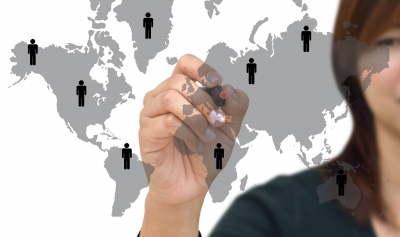 Why are governments around the world painting targets on the back of media?

The United States regulatory body known as the Federal Confusion Commission wants to do something similar by "opening" up the set-top box to modern-day claim jumpers.  And the FBI wants Apple to write some code.

China's Xi Jinping (who holds the titles of General Secretary of the Communist Party and of the Central Committee and Chairman of the Central Military Commission and also the President of the People's Republic of China) wants his country's media to simply worship him.

Turkey's president, once premier, Recep Tayhyin Erdogan just wants to control every word about himself in every medium ... even though Turkey's highest court agrees ruling officials violated the rights of journalists who were jailed on espionage charges.

From last Friday's New York Times: An Egyptian court sentenced four Coptic Christian teenagers to up to five years in prison for "insulting Islam" on Facebook.

In Spain, the government arrested puppeteers making fun of the crack down on dissent.

Wearing a yellow T-shirt in Malaysia can get you arrested.  The country's High Court deemed yellow T-shirts "that call for a clean government" constitute a national security threat.

All of the meddling has one thing in common: Actions are being taken simply because they can be taken.

Glad we have a First Amendment -- although listening to Donald Trump makes me sometimes wonder if that always will be a good thing. And, I also wonder how long President Trump would honor it.

About an hour after I filed the paragraph above,The Hollywood Reporterran this:"The GOP presidential front-runner made [the following] comments during a rally in Fort Worth, Texas on Friday.  "I'm going to open up those libel laws, so when The New York Timesand The Washington Post write a hit piece, we can sue them and win money!"

Regulatory overreach will take more than the 1st Amendment to stop that … both Congress and the Courts (with NetNeut a year old and in the courts) really need to wake up.

Smart moves overseas by Liberty Global, creating a quad play in some markets and adding a Twitter TV app to its Horizon set-top boxes, not to mention finally winning $775 million from Vivendi.

Viacom keeps getting more amazing.  Will selling part of Paramount help cover the $17 million Philippe Dauman got for re-upping?  Quite the dysfunctional board.  Stock down 44% last fiscal year as revenue dropped 3%, but Dauman gets $54+ million!  And, he gets to give a deposition on Redstone's health!

Too many good questions on both sides of the Apple/FBI brouhaha.  Both are right that the decisions belong with the Congress rather than the courts … but good luck with that!

But, to be fair, both Houses of Congress passed the ban on broadband taxes and the President signed the Bill last week.

Lindsay Graham is the only Republican making any sense.

The opinions and points of view expressed in this commentary are exclusively the views of the author and do not necessarily represent the views of MediaVillage.com/MyersBizNet, Inc. management or associated bloggers. Image courtesy of freedigitalphotos.net.