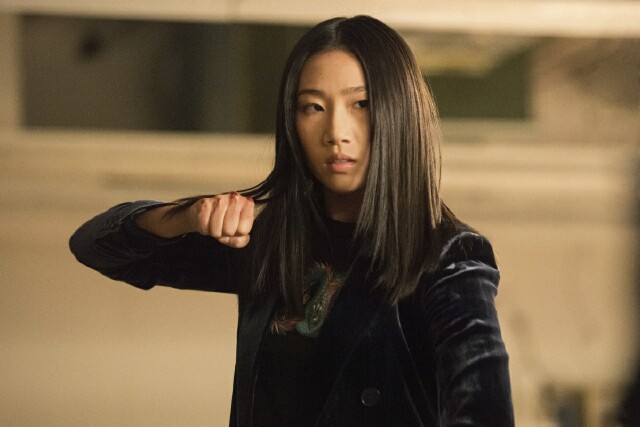 The CW will add another reworking of a classic series to its schedule with the premiere of Kung Fu on April 7. Following in the footsteps of Beverly Hills, 90201, Charmed, Roswell, Nancy Drew, Dynasty and most recently Walker (Texas Ranger), this reimagined version of the '70s classic (the one that starred David Carradine) switches the focus yet keeps the general premise of the original. But this is not the Kung Fu of yore. Led by Olivia Liang (pictured at top), the series follows the adventures of Nicky Shen, a young Chinese American woman who after dropping out of college, attends a monastery in China. It's there she develops a passion for martial arts skills and immerses herself in the art. After a tragic turn of events at the monastery, one that results in the murder of her Shaolin mentor Pei-Ling (Vanessa Kai), Nicky returns to her San Francisco home to find the city fraught with crime. There, she vows to protect her community and to find the ruthless assassin responsible for slaying her mentor – and who has now turned her attention to Nicky.

Since ABC's comedy series Fresh Off the Boat bid a sad bon voyage early in 2020, the absence of a series led by an Asian American cast on broadcast television has been noticeable. Now, given the unsettling upswing in hate crimes perpetrated against members of the community, Kung Fu could not have come at a better time. "I think the timing of our show is really impeccable," noted Liang during a virtual press event for the show. "Representation and inclusion is not so much that we, as Asians, need to see ourselves represented on screen, but [that] we need to be invited into people's homes who don't see us in their everyday life, just to humanize us, normalize seeing us, [and] remind them that we are people just like they are and that we have a place in this world. Hopefully having our show in their homes will expand that worldview for them." 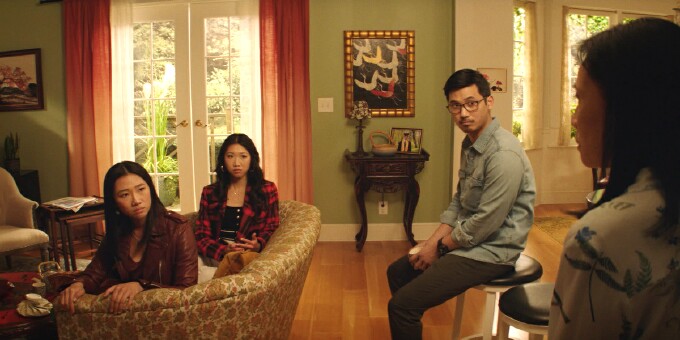 "What happened in Atlanta with eight people killed, breaks my heart," shared Tzi Ma, who plays Liang's father Jin Shen. "I'm not quite sure what the short-term fix is, and I believe we are the long-term solution -- to do our show, to show the world who we are. Hopefully, those messages will come out loud and clear about inclusion, about representation. It's important to all of us that this happens. It pains me every day [that] it happens; every day it's something. Hopefully, our long-term solution will make a difference."

"At its core, Kung Fu is all about social justice," added Kheng Hua Tan who stars as Liang's mother, Mei-Li Shen. "Episode after episode, you see every single character trying to rise above their own inhibitions or fears to do what is right. You see characters of all ages, and all walks of life, trying to work together to do what is best for the community. I'm hoping that audiences that actually see characters like the ones that are represented in Kung Fu will find inspiration to maybe adopt that and do that for themselves in their real lives."

The feeling of community, and that something important was being created, was instilled in the project far in advance of its pilot episode even being filmed. "I knew this was something special really early on," recalled Liang. "During the audition process, [we] were all in the waiting room together and that was the first time I was in that stage of a process where everyone was Asian. You hear about that moment where an actor is in the corner with their headphones on and they're like, 'Don't bother me because you're my competition. It's you or it's me.' There was no sense of that in the room at all. One of us would go in for the audition, then come out. We would all get into a big group hug like, 'You did it!'

"The general feeling wasn't, 'It's you or it's me,'" she continued. "It was, 'If it's not me, thank God it's gonna be one of us. Thank God this is getting made.' Because we had just never seen anything like this, an all-Asian cast on a major network, just unheard of. I think that was for me, the moment that I knew, oh, this is gonna be different and I'm just so happy to be a part of it."

Liang doesn't take the opportunity to represent her community lightly and can draw personal parallels to her character. "I'm gonna get a little misty-eyed," she shared in closing. "I think ... any woman of color is placed into a box [and] defined. She doesn't get to define herself. I think that was Nicky's story, trying to be what everybody expected of her, what everyone projected onto her. We as women and people of color can all relate to that. I certainly related to it when I was reading the script and it has empowered me to play a character who has found her voice. It has empowered me to do the same in my own life and to encourage the men and women around me to do the same."