On A&E, Norman Bates Takes a Stab at Writing 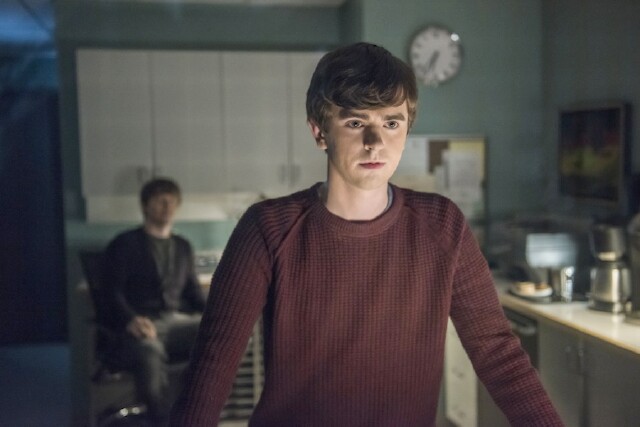 When “Bates Motel” star Freddie Highmore was invited into the writer’s room to help pen an episode, he jumped at the chance. The result? The episode premiering tonight at 9 p.m. ET on A&E titled “Unfaithful.” It is Highmore’s first foray into the mechanics that drive the series -- and it turned out to be an experience he relished.

“I'm incredibly grateful to [series creators and executive producers] Carlton Cuse and Kerry Ehrin for giving me the opportunity to write an episode and be a part of ‘Bates Motel’ beyond merely acting in it,” Highmore revealed during a recent chat with press to promote the episode. “I guess it was born out of this desire of wanting to be involved in the wider process.” 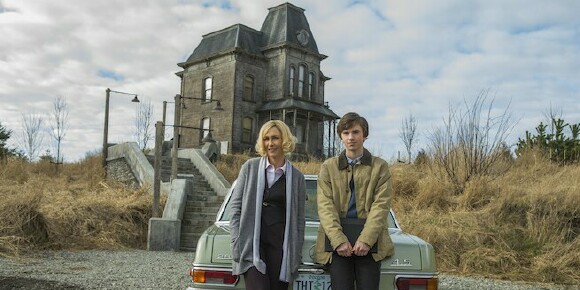 “I'm usually quite precise in the way I approach acting in general and prepare,” Highmore explained. “I guess with writing, there is a sense of those processes being all mixed up and condensed. You [comprehend] on an instinctive level the motivation behind not only your character but other characters because you have been there and written them.”

“Freddie completely understood and embraced the sensibility of Norman,” said Kerry Ehrin, who was also on hand to talk about the show. “It was such a gift seeing him in there and bringing this thing to life. There was such a presence of Norman as Freddy has lived inside that wall and experienced it in all dimensions.”

Highmore admitted that the only real challenge he faced in the process was putting aside his character’s self-interest and figuring out what was best for the story. He’s now looking forward to spending more time in the writer’s room and maybe one day behind the camera directing an episode.

Photos courtesy of A&E. Photo at top by Cate Cameron. Photo above by James Dittiger. The opinions and points of view expressed in this commentary are exclusively the views of the author and do not necessarily represent the views of MediaVillage/MyersBizNet management or associated bloggers.