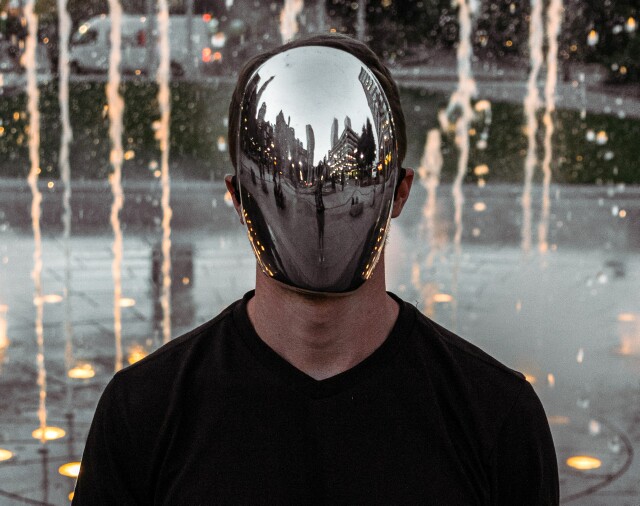 How do you take a measure of a person? Is it possible to understand a person? Consider the lines from literature below that say it is difficult and may be impossible.

And let us ask when we get a person right, which person of the many identities and moods of that person did we just get right?

"We cannot live with only one identity. We all have many identities, they are liquid." --Olga Tokarczuk, Polish author and Nobel Prize Winner for Literature

And as many a writer states, it is sometimes hard enough to know ourselves.

"Sometimes you don't know who you are till you put on a mask." -- Alexander Chee in the Short Story "Girl" written in 2015

And do any of us want to be profiled and boxed and put into clusters? None of us wants to hear that somebody has our "number." The poet T.S. Eliot best verbalizes this in a stanza from The Love Song of Alfred J Prufrock:

"And I have known the eyes already, known them all -- The eyes that fix you in a formulated phrase,
And when I am formulated, sprawling on a pin,
When I am pinned and wriggling on the wall,
Then how should I begin to spit out all the butt-ends of my days and ways?
And how should I presume?"

Emotional Intelligence can help in understanding ourselves and others. It can bring meaning to an age of math and reduce the "algos" which in Latin means "pain" in the algorithmically tuned streams that colonize our minds.

In the book Untangled: Guiding Teenage Girls through Seven transitions into Adulthood is one of the best definitions of Emotional Intelligence I have come across: "Seeing yourself from the outside and seeing others from the inside."

"We don't see things as they are. We see them as we are."-- Anonymous

In many ways what makes us "us," in addition to our genetics and experiences, is what we put into our minds -- which include the books, movies, tv shows, music, social media streams, magazines and much more that we ingest as well as the people we meet and places we visit.

This means we are constantly changing, and if it is difficult to understand ourselves, true empathy is understanding that we may never understand anyone else.

In 2014 at a TED Global Conference in Rio de Janeiro, Brazil, the journalist Glenn Greenwald gave one of the finest talks on why privacy is important. It is a must watch.

When someone negatively impacts our privacy, they might prevent us from being ourselves. In a quest to identify and put us in a box they may impact the very identity they are trying to understand.

The Private, the Personal, Data and True Understanding

David Orr is a poetry critic for The New York Times who a few years ago wrote a book called Beautiful and Pointless. In the opening chapter titled "the personal" he seeks to show how "private" and "personal" are two very different things.

Bob Smith was born on November 9, 1971.
Bob Smith's favorite password is "nutmeg456."
Bob Smith's Social Security number is 987-65-4320.
Bob Smith has a foot fetish.
As a child, Bob Smith had an imaginary friend named Mr. Pigwort.
Whenever Bob Smith hears a high wind, it makes him think of his wife, who died ten years earlier, and he hears her voice faintly calling, as if from a great distance.

He notes that the first three sentences contain deeply private information, but they don't seem personal like the last three. Mr. Orr then states:

"The point here is that our conception of "the personal" has to do more than the data of our lives, no matter how sensitive. It has to do with how we see ourselves, how we see others, how we imagine others see us, how they actually see us, and the potential embarrassment, joy, and shame that occur at the intersection of these different perspectives"

In an age obsessed with data we often believe that data can explain, and data can convince.

To a point it might, but we should never forget that meaning lies within us and combines emotion and rational thinking. We often barely know ourselves and can be two different people in two different moods -- because we choose with our hearts and use numbers to justify what we just did.

And we need space and privacy to be who we are.