On the Digital Frontlines 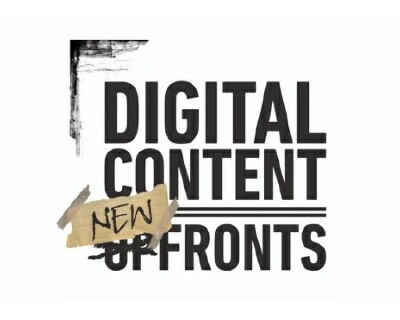 Many of us remember the skepticism with which some buyers and many in the media greeted the Digital Content NewFronts in 2011, when the event was re-imagined as a marketplace. The main observation -- an implied criticism, really -- was that it wasn’t the broadcast upfront. In other words, buyers wouldn’t be doing a lot of actual buying …

However, as the esteemed Mr. Shaw would no doubt have pointed out, there was a powerful truth behind the idea of the DCNF. Indeed, Ad Age noted, “What began as a curiosity in 2008 has become seriously engaging for marketers and their ad agencies, but the NewFronts are also continuing to morph as unusual new kinds of deals emerge and certain gaps between digital video and TV grow smaller.”

Perhaps that’s why I’m more excited than ever about this year’s incarnation. We all should be -- both as content consumers and business insiders; what we are participating in is the future of content creation and content consumption, taking shape right before our eyes. That is what’s powering the growth of the DCNF and why this year’s theme can be summed up in one word: More!

More interest. More buzz. More players. More creativity. More presentation days. More ad dollars shifting to digital video (over 50 percent increase from 2013 to 2014, and an anticipated 30 percent rise from last year to 2015, according to eMarketer). YouTube, for example, says that last year it secured agreements with 100 major marketers -- including 30 that had never advertised on YouTube before.

Just as enticing are the many opportunities the DCNF provides for productive discussions about the topics and trends roiling the industry, such as new content formats that break the traditional television programming mode, privacy, transparency and other critical issues.

In that vein, I’m particularly excited about my fireside chat with Ken Ziffren -- The Dean of Entertainment Lawyers -- at the MediaLink breakfast on April 27. Hearing this industry legend’s POV on the state of the business is sure to prime the pump for fascinating and provocative conversations.

The DCNF has traveled far beyond its initial purpose to showcase new digital video content for advertisers. It has become a dynamic and organic experience far beyond its original purpose.

Shaw was so right. All good ideas start off being questioned … the best ones, like the DCNF, endure.