One on One with Writer, Producer and Director Thembisa S. Mshaka -- Roger Maloney 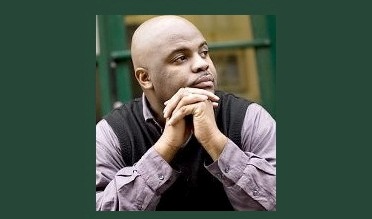 Welcome to Ufront Media Insights. I had the opportunity to interview writer, producer, director and founder of SEEIT Films, the one and only Thembisa S. Mshaka, about her new film, "First Kiss." She is a five-time Telly Award winner and Promax/BDA Gold Award-winning writer who has served in the entertainment industry for over 18 years, spanning the areas of touring, management, magazine publishing, recorded music and technology, advertising, music supervision for film, voice over and television. As Senior Copywriter at Sony Music and two-time NARM Award winner, her campaigns contributed to the sale of more than 150 million albums for artists including Lauryn Hill, Will Smith, Wyclef Jean Beyonce, NaS, Maxwell, George Michael, Wu-Tang Clan, Bow Wow, Jill Scott and Babyface. The former GAVIN rap editor has also written for Honey, essence.com and LAUNCH.com and served as contributing editor for The Hotness.com and BLAZE Magazine. She contributed to the anthology “Sometimes Rhythm: Sometimes Blues” edited by Taigi Smith and “25 Hip-Hop Icons,” an academic reference volume published by Greenwood Press. Thembisa is currently the Copy Director forBET Networks. She is one of my favorite people to talk to. Please enjoy my interview with this innovator in the TV/FILM industry.

Roger: What inspired you to create this new film called First Kiss?

Thembisa : I had a specific assignment, to create a short without dialogue. So I chose a moment that doesn’t need words: The moment where a woman chooses to share her first kiss with her love interest. I also wanted to put tasteful passion on the screen between people of color, and “First Kiss” is the right mix of hot and sweet.

Roger: What inspired you to start creating your own films?

Thembisa: As a journalist and author, I have always been moved to tell stories. After going from music into TV as a promo campaign writer, I caught the bug for telling stories visually. The natural progression for me was film, where I could go from ten second narratives to longer ones. So at the tender age of 40, I completed film school at the New York Film Academy’s Producing Program.

Roger: Who are some of the filmmakers you look up to and why?

Thembisa: Wow…the list is long but I will give you four: Julie Dash (“Daughters of the Dust”) for her lush, fearless direction; Bradford Young (“ Middle of Nowhere”), a cinematographer with an incredible eye who I really want to work with soon on film (we’ve collaborated on promos), my mentor, producer Lisa Cortes (“Precious: Based on the Novel by Sapphire”), whose journey from music to film inspires mine, and Oscar-winning editor Thelma Schoonmaker. She has edited Scorcese’s films for four decades and lives on an island. Not every filmmaker is a director. I live for the credits and recognize the power of every key crew member to realizing the director’s vision.

Roger: If someone wanted to start creating their own films what advice would you give them?

Thembisa: Put yourself into a program. Doesn’t have to be full on film school; but craft matters. Learn how to write for the screen, how to direct actors, how lighting works. I also encourage folks to PA on a film if they can and get their hands dirty. Nothing teaches like being on set.

Roger: How do you market and promote “First Kiss”?

Roger: How do you finance your films?

Thembisa: Since I am a new filmmaker, I financed both “First Kiss” and “The Divorce Counselor” myself. Between money and relationships, I got both made very economically.

Roger: When people see your films what message do you want them to walk away with?

Thembisa : That diverse casts can tell and sell universal stories. That our diversity within the Black diaspora is visually stunning and worth celebrating. And finally, that women producers and directors tell stories through unique, distinct lenses.

Roger: Thank you so much Thembisa, Where can people go to see more information about “First Kiss”?