Opposite Cable and Streaming, Syndicators Ramp Up Original Content 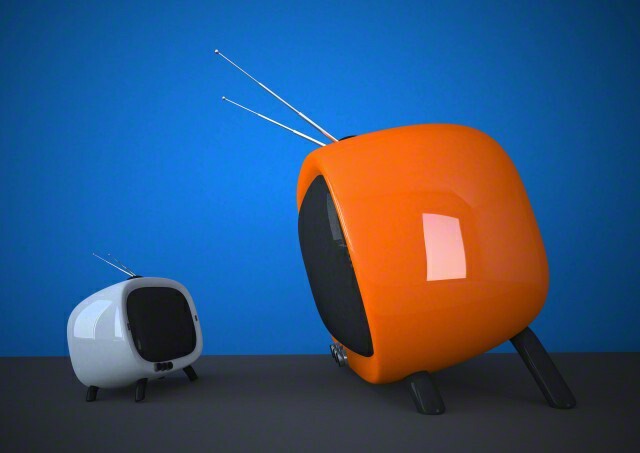 The largest TV station owner in the land has, over the last year, become one busy supplier of syndicated content to other TV station owners. With 164 stations based in 79 cities nationwide, Sinclair Broadcast Group has a ground floor to go in as many first-run directions as it likes.

(Editor’s Note: This is the second column in Simon Applebaum’s ongoing series about syndication. Read the first one here.)

Consider some of Sinclair's recent strategies:

Many stations program Ring of Honor hours on weekends, and Sinclair is offering the pro wrestling organization's content among other stations as well as regional sports networks.

In another arena -- Sunday morning alternatives to politics-dominated talk on broadcast networks -- Sinclair has a potential national entry with “Full Measure,” the Sharyl Attkisson-hosted investigative report which launched early last month over many of its stations.

Waiting in the wings: What emerges from the original programming unit Sinclair organized last fall, targeting weekend afternoon and evening periods on its MyNetwork and The CW affiliates. At the time, Sinclair executives hinted that both scripted and unscripted programs would be developed for those timeslots.

Sinclair's handiwork headlines a new movement by a number of TV station groups to push into the first-run syndication marketplace. Until the last 12 months, whatever aims groups have taken in this direction have been isolated, concentrating on five-day-a-week daytime series. Meredith went eight years with “Better” before wrapping that run last year. Cox and Raycom Media partnered up on “Right This Minute,” the viral video roundup with roundtable commentary now enjoying its fourth season with more than 100 stations on board and significant ratings momentum. Raycom on its own handled “America Now,” which ran three seasons in daytime syndication after a weekend trial run.

Scripps made national noise with its own initiative earlier this decade -- replacing “Wheel of Fortune” and “Jeopardy” in several key markets with the game show “Let's Ask America” and pop culture roundup “The List.” The former ran three seasons and had a brief run on GSN. At last check, the latter continues on 14 Scripps stations and could turn up as a national 2016-17 syndication entry at the NATPE convention in January.

What's different this fall is the level of action station groups are generating for syndication.  Some groups are taking action on their own, while others are teaming up with syndicators to generate content.  Either way, the movement suggests any time period is fair game for development. As Media General awaits what station group they'll merge with -- Meredith or Nexstar -- the company is now a syndication player with “Hollywood Today Live,” an entertainment news/talk hour available in New York, Los Angeles and elsewhere with a big affiliation from Fox's TV stations. Separately, a former Fox executive joined Media General this summer to oversee more original first-run series. Lionsgate syndication subsidiary Debmar-Mercury has a development deal with the station group breaking away from Gannett earlier this year.

Observers offer several reasons why the push is on: An off-network series marketplace drying up via sales to cable networks or services like Netflix and Hulu available on smart TVs and devices like Apple TV; pressure by network affiliates to produce more revenue for reverse-compensation agreements; a desire to stay relevant among local audiences in the face of more original programming choices, and the sense that the more content owned, the maximum revenue opportunity they realize.

"It's an interesting play," says Carol Hinnant, Senior Vice President of National Television Sales at Rentrak. "They have the [passion] for investment and the time available. If they can engage the audience, this could be a very profitable avenue."

Among syndicators we talked to for this series of columns, there's no concern station groups loom as direct competition to their business. In fact, they see groups welcoming them to collaborate on content development and/or line up clearances.

Some station groups remain skeptical about how big this movement will get, or getting in at all. "The syndicators and the studios are the best in class in doing (original programming)," Hearst Television CEO Jordan Wertlieb recently told TVNewsCheck. "Like every industry, we go through a cycle of a drought of content. I think we have gone through that ... We will emerge out of it pretty soon as we begin to see more and more development come out." Still, Hearst is not putting a kibosh on this game. This Sunday, many of Wertlieb's stations will roll out “Matter of Fact,” a combo politics/economics weekly series hosted by Fernando Espuelas. Should the early ratings please Hearst executives, national syndication will be looked at.

There's one more recent development that could impact what's unfolding here and now: The news that “Star Trek” will return in 2017 with new adventures on CBS ... not on broadcast, but on CBS All Access, the programming service running on smart TVs and other devices at $4.99 a month. Already, CBS chief Leslie Moonves suggests there will be more originals in the All Access pipeline. What do CBS affiliates think of this? No clue yet. Might self-imposed syndication be their reply?