#OscarsSoRight:  An Historic Night for Diversity and Inclusion in the Ads, Too 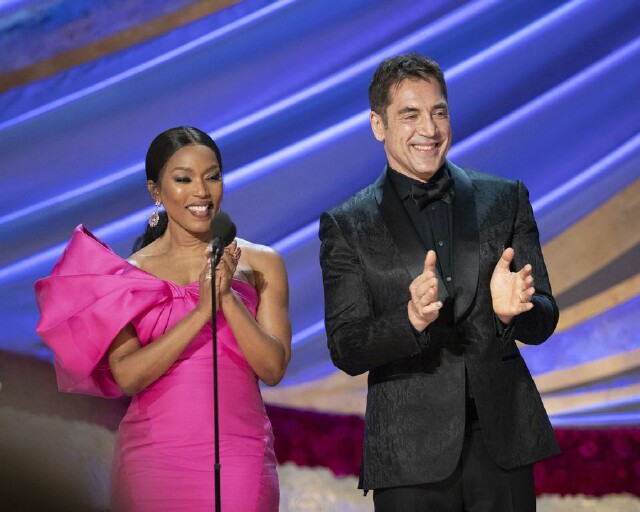 Only three years after the controversial hashtag #OscarsSoWhite put the spotlight on the Academy Awards’ lack of racial diversity and inclusion among nominees, Sunday night’s 91st annual ceremony saw several historic moments among a record-breaking number of diverse nominees and winners.  Not only was the event itself incredibly diverse and inclusive, but the advertisements shown throughout the three-plus hour telecast were just as diverse, particularly for the Hispanic and Latinx communities.

Last year, the National Hispanic Media Coalition protested the Oscars at the awards luncheon because of the lack of Hispanic representation among nominees and films.  All Hispanic and Latinx nominees, however, went on to win their respective award categories. Guillermo Del Toro’s The Shape of Water won Best Picture and Best Achievement in Direction, Disney’s and Pixar’s Coco won Best Animated Feature and Best Song, and Best Foreign Language Film went to the Chilean film A Fantastic Woman, which starred transgender actress Daniela Vega.  Last year’s ceremony was an emotional one for me, after all of the controversy of the Hispanic and Latinx community being neglected and excluded, but the fact that the small handful of nominees all won was proof:  There may be fewer of us, but we’re here to win.

From my perspective, this year’s telecast was even more profound.   Consider the ads featured during the many breaks throughout the night.  In recent memory, I’ve only ever seen a Spanish-language commercial on Spanish-language networks like Univision and Telemundo, so to see companies like Verizon and Rolex, the latter being an official sponsor of the Academy Awards, present several spots in Spanish was an incredibly impactful surprise, considering how other big events like the recent Super Bowl missed the mark with the massive Hispanic market.

One of Verizon’s spots featured a young woman saying how she uses her Verizon phone to stay in touch with her family who is still in Mexico, in a funny and heartfelt testimonial-style ad featuring her video-chatting with her family back home, something I can personally relate to as many of my mother’s family is in Texas, Canada and El Salvador.

Rolex’ several commercials highlighted Academy Award-winning directors, including James Cameron, Martin Scorcese, Kathryn Bigelow and Alejandro Gonzalez Iñárritu.  These were the best ads of the night as the iconic directors read letters they wrote to future filmmakers and creators.

The ad with Iñárritu, who won Oscars in previous years for Birdman (or the Unexpected Virtue of Ignorance) and The Revenant, was entirely in Spanish.  His translated letter states, “Dear future filmmakers, make your movie without permission.  There are movies that could have been made by anyone, but there is one that could only be made by you.  When you explore and share your own human experience through images, you’ll share with the world the mystery of those things that can only be felt, but not said,” he says as sketches from his past films flash across the screen. “Transcend reason.  Follow intuition.  Making cinema is a journey that will take you from your head to your heart.  It is a battle and an act of love.  I wish you a great trip.”

I sincerely hope that Rolex continues to make these types of inspiring ads with recent Academy Award winners in directing and writing like Alfonso Cuarón, Jordan Peele, Spike Lee and Guillermo Del Toro.

It was a huge change of pace and a big highlight for me personally to have the many Hispanic and Latinx actors present in Spanish, their native language, with which they may feel more comfortable.  Javier Bardem took the stage with Angela Bassett to present the Best Foreign Language Film category.   (The two are pictured at top.)  “There are no borders or walls that can restrain ingenuity and talent,” Bardem said.  “In any region of any country of any continent, there are always great stories that can move us.”

“It is truly fitting that this year, foreign language films are not just recognized in this category, but in almost every category,” Bassett added.  “The two then presented the award to Alfonso Cuarón with his second win of the night, making Romathe first Mexican film to win the category.

Another highlight of the evening was when Mexican actor Diego Luna and chef José Andres took the stage to present a highlight reel for Cuarón’s Roma.  Andres spoke on his love for the film, saying “Roma gives a voice to the voiceless and reminds us of the understanding and compassion that we all owe to the invisible people of our lives, immigrants and women, who move humanity forward,” he said to thunderous applause from the audience.

Among the many significant honors bestowed during the 91st Academy Awards, Marvel’s Black Panther made history in Costume Design and Production Design as Ruth E. Carter and Hannah Beachler, respectively, were the first African-Americans to win in their categories.  Also, Beachler was the first African-American woman to be nominated in the category’s history.  Black Panther also won Best Original Score, the first win for Swedish composer Ludwig Görannson, who along with Beachler also collaborated with Black Panther director Ryan Coogler on his previous films Fruitvale Station, Creedand Creed II.

Rami Malek gave a heartfelt speech when accepting the Oscar for his leading performance in Bohemian Rhapsody.  “I am the son of immigrants from Egypt, I am a first-generation American, and part of my story is being written right now,” he quietly said.  “To anyone struggling with theirs and trying to discover their voice:  We made a film about a gay man, an immigrant, who lives his life just unapologetically himself.  The fact I’m celebrating him and this story with you tonight is proof that we’re longing for stories like this.”

While the underrepresented Hispanic, Asian, Black and LGBTQ+ communities want inclusion and diversity, we want it done right.  We don’t want diversity for diversity’s sake. It should be thought-out, meaningful and impactful.  It’s a long, punishing process getting a film from script to screen.  These things can’t be done overnight, and this year’s Oscars provided proof that the right work needs time to be made and rightfully recognized.

Another highlight for both Marvel and the Latinx community was the Best Animated Feature win for Spider-Man: Into the Spider-verse, marking the second year in a row that the winning feature in the category centered around a Latinx character.  In this case, it was Miles Morales, a more recent iteration of the friendly neighborhood web-slinger, who is also one of the few Latinx superheroes, and one of the only Afro-Latinx comic book characters.  The film itself was impactful to young Latinx audiences because, at long last, they had a superhero who looked like them and talked like them.  Most children of color can’t relate to a Tony Stark or a Clark Kent, so a dark-skinned, Spanish-speaking, Afro-Latinx superhero was an instant phenomenon.  An Oscar for a film based on the character was icing on the cake.