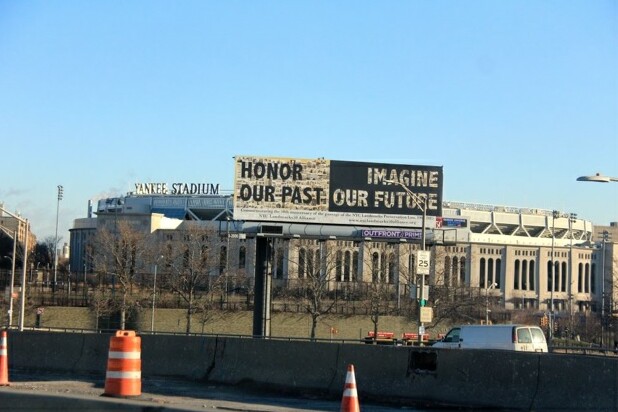 Recording artist and native New Yorker Alicia Keys calls her hometown a “concrete jungle where dreams are made of,” describing the constant change that defines the city. I’ve witnessed New York City’s evolution firsthand and the incredible juxtaposition of cutting-edge ideas and technologies with age-old traditions and architecture. From One World Trade Center to the Statue of Liberty, our iconic skyline offers more than beauty; it’s a symbol of Manhattan’s rich history, diverse culture and bright future.

I can’t think of an individual who has made more of an impact on New York City than Barbaralee Diamonstein-Spielvogel, a longtime advocate for city arts and culture. It’s only fitting that Barbaralee is driving the commemoration of NYC’s 1965 Landmarks Law as the Founder and Chair of the NYC Landmarks50 Alliance. Their campaign, “Honor our Past, Imagine our Future,” is a testament to Barbaralee’s years of service and serves as an important message for all New Yorkers.

To take the Alliance’s mission to all New Yorkers, Barbaralee turned to the world-renowned artist, Peter Tunney. The goal was to highlight New York City’s landmarks on a grand scale and to make the campaign a part of the cityscape. Peter and I then hatched the idea of a large-scale billboard series featuring suggested phrases from Tunney's work, such as “Gratitude,” "Don’t Panic” and “The Time is Always Now” and comprised of artistic images of every NYC landmark building.

The original collages Peter made included hundreds of tiny cutout pictures from Barbaralee’s astoundingly comprehensive book, The Landmarks of New York. Barbaralee loved our plan to gain more recognition for the group’s efforts and Peter set off to carry out the vision.

Peter worked with Outfront to select the billboard properties that will continue to display his artwork throughout 2016. Attention-grabbing locations such as Yankee Stadium (pictured above), the Manhattan Bridge and the West Side Highway maximize the exposure of his work to millions of New Yorkers and visitors.

I commend Barbaralee and the NYC Landmarks50 Alliance for their leadership in preserving the city’s architectural legacy and work to ensure its future. Outfront is certainly proud to join their mission and spread these important messages across the city.

The NYC Landmarks50 Alliance theme, “Honor Our Past, Imagine Our Future,” captures the essence of the preservationist movement -- protecting the city’s historical places and engaging new advocates who will ensure their continuity. Because of the Landmarks Law and the activism of the NYC Landmarks50 Alliance, diversity and culture continues to thrive and take on new forms. Peter’s billboards exemplify art’s ongoing impact on New York’s cityscape.

Image at top courtesy of Outfront. The opinions and points of view expressed in this commentary are exclusively the views of the author and do not necessarily represent the views of MediaVillage/MyersBizNet management or associated bloggers.