Pandora Is Not Radio - Eric Rhoads 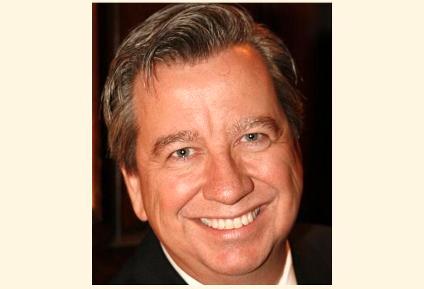 Why would a company like Clear Channel invest $60 million in Ryan Seacrest if jukeboxes or playlist services were all listeners wanted? Of all companies, Clear Channel would be the first to turn its radio stations into playlist services to save money if it could. But Clear Channel and other radio broadcasters invest hundreds of millions in local and national radio personalities because entertainers engage listeners and hold them longer, increasing ratings and ad revenues.

Radio has strong brand and personality loyalty, tremendous targeted audiences, and huge promotional power. Radio can turn on a dime to respond to the needs of tornado victims and can relate to a community based on the buzz of the moment. Radio's content is dynamic, whether it's raising money for a local cancer victim or playing a rainy-day tune to go with the storms.

And radio has a personal bond with its listeners: In a recent Arbitron survey, 79 percent of listeners said they'd be very or somewhat disappointed if their favorite radio station were no longer on the air. Radio is also curated by experienced professionals and extensive research so the music played is what the target audience most wants to hear. That is the magic of radio.

Enter Pandora Radio. As wonderful as it is, it's not radio. It's a playlist service.

Stations that try to be playlists probably can't do it as well as Pandora. But what Pandora cannot do, at least not now, is be local and relevant. What radio does best, and has always done best, is entertain, with real people and real personalities.

Don't get me wrong. Pandora is a phenomenal success. Its recent IPO filing is expected to raise up to $100 million and will be one of the most successful IPOs this year. It's hot and popular among investors who believe Pandora, with 80 million registered users, can take a high percentage of radio's approximately $17 billion in revenue. But if investors are considering Pandora on that basis, they should perhaps look at the statistics In its IPO filing, Pandora claims to have more than 50 percent of all Internet radio listening. Not too shabby. But only 3 percent of all radio listening in the United States takes place in digital form. The rest, 97 percent, is still over the air. And most of the Internet radio listening Pandora doesn't get is terrestrial radio streaming. Pandora claims to have streamed more than 3.9 billion hours of programming to its registered users. Seems like a big number, until you realize that annual U.S. radio listening is an estimated 179 billion hours. If Pandora had four times the registered users (320 million, more than the entire U.S. population), it would be doing 15.6 billion hours, or less than 10 percent of all radio listening. Pandora has impressive revenue numbers: $90 million in fiscal 2010, up from $50 million in 2009. But the two top-billing terrestrial stations between them exceeded $111 million -- Hubbard-Bonneville's WTOP/Washington at $57 million and Clear Channels KIIS-FM/Los Angeles at $54 million). And they did that with probably a fraction of Pandora's listening hours. Additionally, 60 percent of Pandora's revenues go to music licensing fees, which grow as listening grows. In contrast, radio is paying no performance royalty, and current negotiations would put a royalty at about 1 percent of revenues. Furthermore, WTOP and KIIS are probably throwing off 40 percent-50 percent margins after all expenses.

To launch an Internet-only playlist service and have it generate gross revenues approaching the two top-billing radio stations in the United States is impressive. But the prospect of Pandora's stealing a significant chunk of radio's $17 billion market may be an exaggeration.

I love Pandora Radio and find it an interesting phenomenon, but will it kill radio? Only time will tell. But, despite its name, Pandora is not radio, and it can't do what radio can do.

B. Eric Rhoads is CEO of Streamline Publishing, Inc. Rhoads writes regular columns for his publications and is an active blogger in the radio and art industries, including Radio Ink Tank, Artist Marketing, and Blue Chip Gallery Marketing. He is an active speaker, consultant, and advocate in the radio, art, and technology industries, and he sits on a number of advisory boards. Eric can be reached at eric@RadioInk.com.

Read all Eric’s MediaBizBloggers commentaries at Ink Tank with B. Eric Rhoads.

CEO Streamline Publishing, Inc. As a youth in Fort Wayne, Indiana, Eric Rhoads (b. 1954) had many of the typical entrepreneurial experiences, starting with polishing shoes and selling lemonade. When he discovered the radio industry, he became an on-air perso…